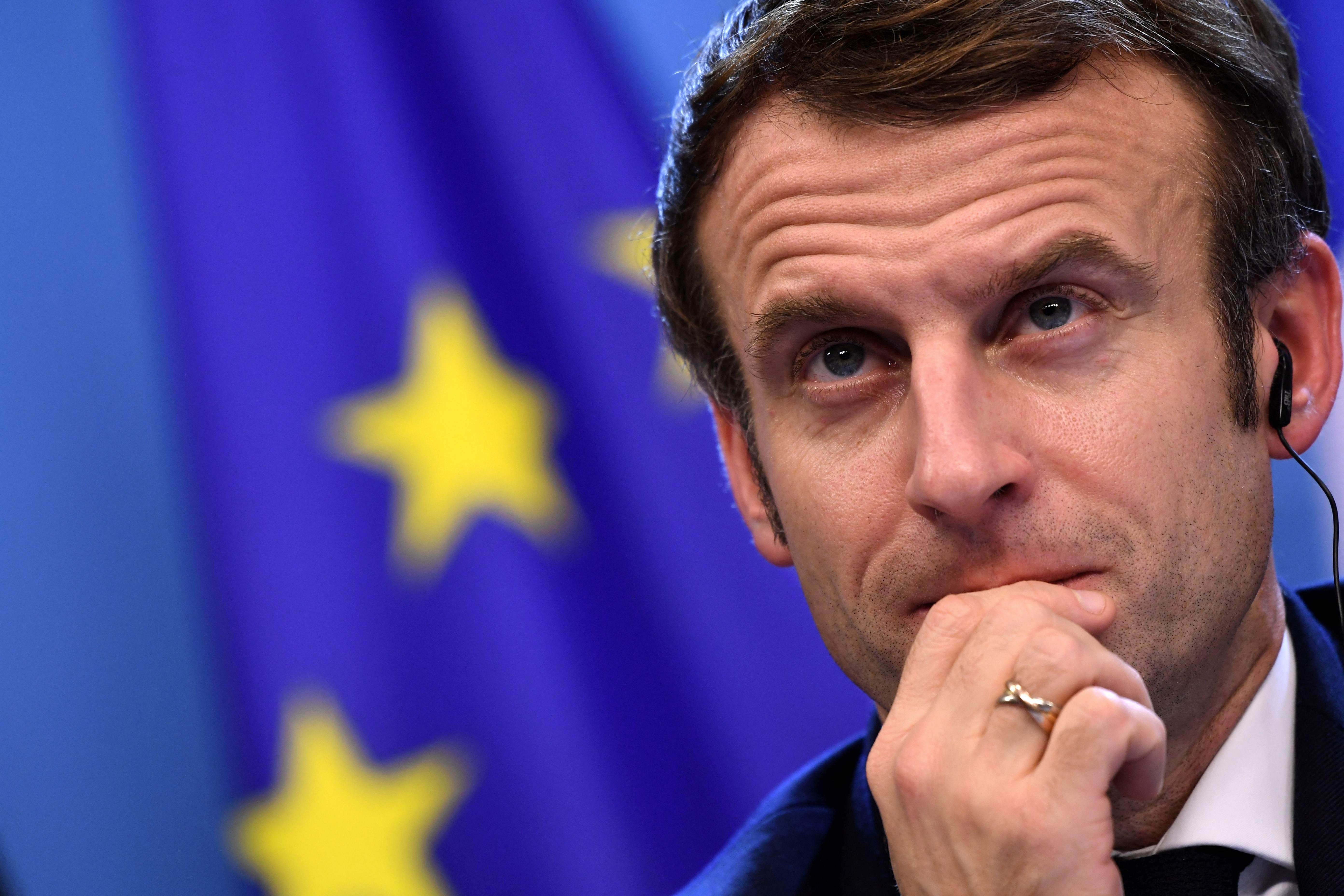 For the convinced Europeanist who is Emmanuel Macron, assuming the biannual presidency of the European Union, something that the member countries only touches every 13 years, represents a culminating point in his mandate, which he will seek to renew in April. The French ruler has promised a “change of course” in 2022 to achieve a Europe “powerful in the world, fully sovereign, free in its elections and in command of its destiny.” But the obstacles to the ambitious European agenda – tax, climate, immigration or defense reforms – that Macron has imposed for the next six months do not stop growing.

There is the uncertainty that the coronavirus pandemic continues to generate, especially after the coup – moral, health and organizational – that has led to the brilliant expansion of the omicron variant and that will strongly set the pace at the beginning of the year. Furthermore, for the first time, Macron will not be able to rely on one of the key players in the European construction of this century and an early ally of the French president, the already former German Chancellor Angela Merkel.

The main challenge is, however, internal: the French presidential elections that will take place in the middle of his European mandate (although he has not yet formalized his candidacy, no one doubts that Macron will seek reelection in the April elections) and that they have caused him the first displeasure.

The celebration of the EU presidency was quickly drowned out by a controversy that has degenerated into an internal political-electoral pulse with no clear winner: the decision to hang the European flag under the Arc de Triomphe in Paris for the arrival of the new year was quickly denounced by right and far right candidates as an “outrage” and even “betrayal” of French values. Although the government defended itself against the accusations, it ended up removing the European symbol on the night from Saturday to Sunday. The Elysee said this had been planned from the beginning, but this did not prevent the far-right leader, Marine Le Pen, one of Macron’s main rivals in April, from celebrating it as a “beautiful patriotic victory.”

However, and although the role of the country that holds the current presidency is much less since there is a permanent president of the European Council (now the Belgian Charles Michel), for a Macron that already in 2017 defended the need for a stronger Europe and united as a campaign argument at a time when his main rival, Le Pen, even advocated for the exit of the euro (a position that he corrected after his electoral defeat), the European presidency could also serve as a platform for his imminent presidential campaign, although this may present you with new challenges – and criticisms – in terms of compatibility of functions.

Macron already said it in his end-of-year speech, a traditional moment in which French presidents take stock of their management and reveal their challenges for the following twelve months. “The values ​​that our Union carries – democracy, balance between freedom and solidarity, a certain idea of ​​the human being – are, I am convinced, those that will allow us to face contemporary challenges,” he said. “Europe is the only way that France will be stronger in the face of the din of the world and the great powers,” he insisted after recalling that, without the EU, probably neither France nor other European countries would have enough vaccines against the coronavirus or they would have sufficient funds to relaunch their economy and avoid a deep crisis after the slowdown caused by the pandemic.

Under the French presidency, affirmed the French president, “2022 must be a moment of change of European course” and also: “A time of progress for the control of our borders, our defense, the climate transition, equality between women and men, the construction of a new alliance with the African continent, a better framework for the large internet platforms and culture in Europe ”.

Coordinating the European Council during the first half of the year gives France the opportunity to insert into the community agenda the priorities that the Macron Executive has been underlining in recent times. One of them is undoubtedly the reform of the Stability and Growth Pact. The French president himself gave him up for dead when presenting his program: “We must return to common budgetary rules, but we cannot pretend nothing had happened.” The European Commission has opened a consultation for the revision of the fiscal rules and in the coming months it has to make its position known. There France, a country in favor of flexible application of the rules, will use its presidency to try to advance its positions with the help of Italy. Not surprisingly, Macron himself and Italian Prime Minister Mario Draghi have just published a joint article in the British newspaper Financial Times making their position clear. In addition, a few weeks before the first round of the presidential elections, the president intends to become the host of a Council that defines “a new model of European growth.”

Along with the economy and fiscal rules, another of the priorities that Macron has pointed to are the defense and strategic autonomy of the European Union. At this point, the presentation, also in March of this year, of the so-called Strategic Compass, which will seek to make a leap in the EU’s military capacity with the aim of having the necessary force to “promote its vision and defend its interests.” Paris already accepts that the steps taken by member states in this area must be complementary to NATO. And, precisely in this organization, one of the most attractive diplomatic games of the next few months will be played, since the next secretary general of the Atlantic Alliance has to be chosen, although in this case, the successor of Jens Stoltenberg will be decided at the summit that the organization will celebrate in Madrid.

The European flag continues to wave the French campaign

The controversy over the advisability of a European flag flying at a monument of high patriotic sensitivity such as the Arc de Triomphe in Paris – where the tomb of the unknown soldier who honors the fallen by France is located – seems too juicy to disappear with the withdrawal of the blue flag on Sunday.

See also  Stars behind Liverpool's murals: from The Beatles to Martin Luther King

After the shouts of “betrayal” from the far right and even the conventional right over the weekend, on Monday some of the presidential candidates from the left (not all) entered the rag. The leader of France Insoumise, Jean-Luc Mélenchon, who openly questions European treaties, called President Emmanuel Macron’s decision to place the European flag where the French flag traditionally flies for national commemorations as a “communication quirk”.

“President Macron has decided it alone and without asking anyone anything”, when “there is a decree that prohibits flying it without the national colors,” he added in reference, according to the press, to a “protocol” that Nicolas Sarkozy proposed in 2007 for succeed in adopting the Lisbon treaty by Parliament, stipulating that “neither the anthem nor the (European) flag will be recognized as such by France,” Mélenchon stressed. The Government had replied the day before that it was precisely Sarkozy, the last French president to hold the EU presidency in 2008, who decided to place the European flag – albeit next to the French one – in the same place on the Arc de Triomphe that now seems cause so much unrest among so many presidential rivals. Another who has not liked Macron’s idea has been the communist candidate, Fabien Roussel, who regretted the decision to raise a flag on a “symbol of the nation” that “for many is a symbol of relocation, deindustrialization, loss of sovereignty ”.