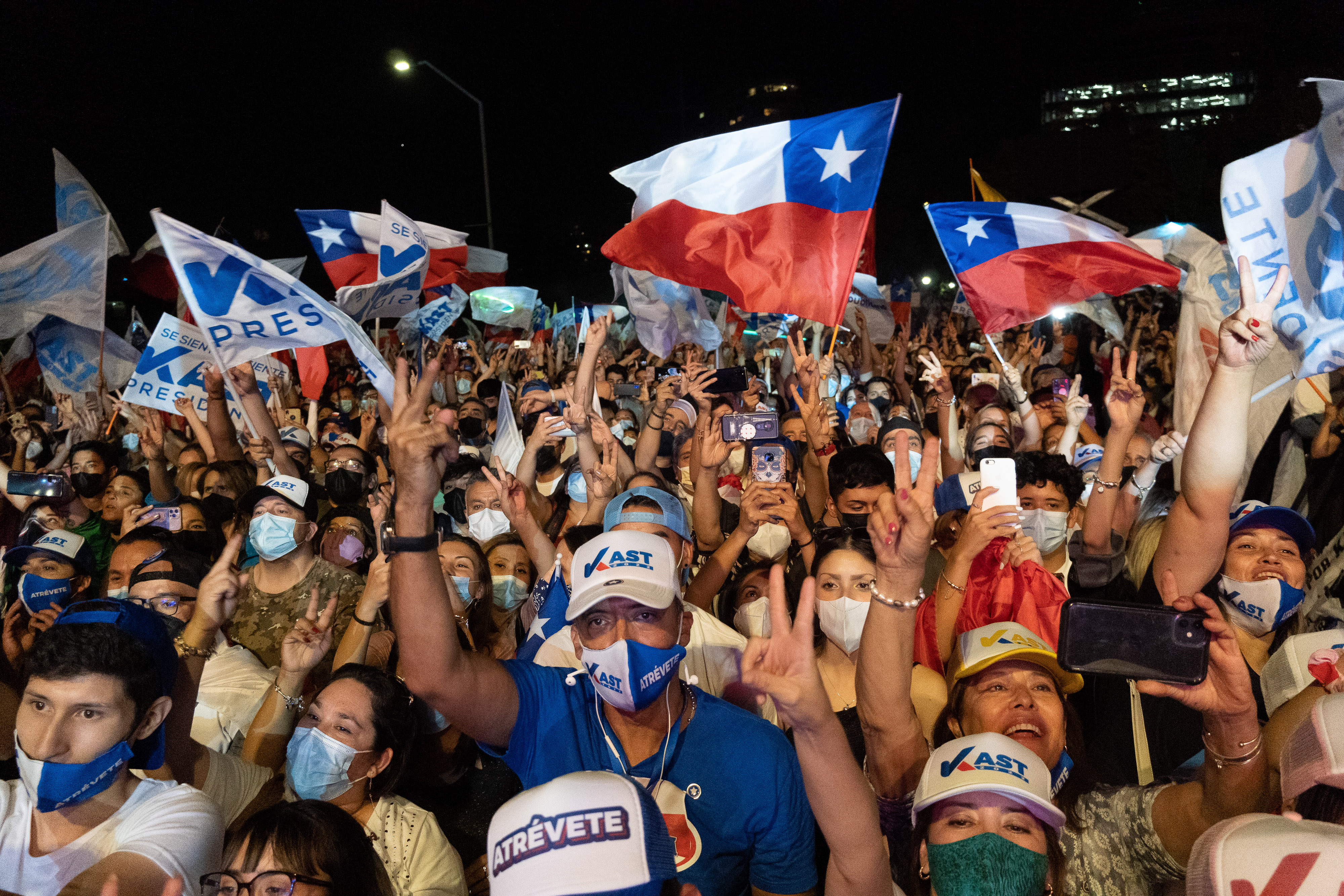 The Chilean right suffered a heavy defeat in Sunday’s presidential elections. His candidate, José Antonio Kast, was eleven points behind the leftist Gabriel Boric, almost a million votes away. The result forces the parties that will be in opposition on March 11 to rewrite a narrative that links it to an electorate refractory to Kast’s conservative discourse and eager for structural reforms. The right wing suffered its hardest defeat among those under 50 and women, evidence of the challenge that lies ahead if it wants to empathize with the new Chile.

Chile Vamos is the coalition that brings together the Chilean right and center right. He is in power, with Sebastián Piñera. But this year he did not have it easy with his candidate. In the first round he lined up behind Sebastián Sichel, a moderate politician who was not a member of that sector. Sichel came from the Christian Democracy and won the Chile Vamos as an independent candidate. On November 21, the candidates from Chile Vamos to Congress obtained a relative tie with the left in Congress. But Sichel came in fourth for the presidency, behind Kast, Boric and Franco Parisi. With no candidate, Chile Vamos sided with Kast, an ultra-conservative who ran outside the coalition. Thus, she was forced to defend uncomfortable speeches, critical of women and minorities and often bordering on the defense of the dictatorship of Augusto Pinochet. On Sunday, Kast lost the election, plunging Chile Vamos into hard work of self-criticism. “The right wing has to think that the great electorate of the country is under 40, a group that wants a different way of doing politics,” says Pauline Kanto, Piñera’s former sports minister.

53% of those under 50 voted last Sunday for Boric, according to an analysis of the results he did Decide Chile. The percentage grows to almost 70% when the cut is made in those under 30 years of age. Kast, on the other hand, only won among those over 70 years old. “In the second round, Chile abandoned the stability-uncertainty axis that had defined the first round in favor of Kast and recalled that there was also a cultural axis,” says Cristóbal Bellolio, from the Adolfo Ibáñez University School of Government. “Kast was a moral setback on issues such as gender equality, for example,” and that is why he did not catch on with the youngest.

Chilean deputy Vamos Francisco Undurraga believes that it is time to seek a new relationship with that electorate that is asking for changes in specific issues, such as health, education and pensions. Those were the flags of the October 2019 riots, and the ones that Boric, the political son of those protests, was able to fly with success. “We have to reflect and re-tune with the public. We must go from being a right-wing center that defends the model to causing changes in it, deepening it with the changes that people require. That is not betraying our essence ”, he says. Pauline Kanto agrees: “Chile Vamos has to make a very big self-criticism, an analysis in terms of where we are being left out.” “When you go to the second round, winning, you create the feeling that with that speech you won the second. But we had to go to capture a sector of the center with very little desire to vote. The right wing, especially in Kast’s command, was unable or unwilling to make a turn. It may be that such a conservative group said they were not willing to betray themselves, “he explains.

The right wing lost the presidential elections, but this will not mean it will lose weight in Chilean politics. It will be a formidable counterweight to Boric in Congress, thanks to the good results of his candidates for legislators in the first round. In fact, says Gonzalo Müller, director of the Center for Public Policy at the University of Development, “there is a feeling of recovery on the right, regardless of Kast’s defeat. He came from getting 26% for the Constituent Convention in May and then he got 40% for Congress, ”he says. But then Kast arrived, an uncomfortable candidate, for whom Chile Vamos never fully bet. The coalition, according to Müller, now needs to generate an attractive platform, which seduces the lost electorate, and find new leadership.

Former minister Pauline Kanto is from Evópoli, the most liberal group in Chile Vamos. And he sees the way out of the quagmire in a new form of relationship within the coalition, which allows ideas to be renewed. “Some think that the right has to be maintained as a monolith that goes by the Republicans [de Kast] to Evópoli. Another, in which I include myself, says that this is not a way of doing politics. You have to be able to empathize and generate an emotional bond, and those megablocks do not represent anyone, they are in no man’s land, “he warns. When Piñera began his second term in March 2018, the right-wing worked to hand over power in 2022 to an heir from the same group. That has been, basically, the great failure of the project. That is why a post-Kast stage is now opening, which will be a new story.