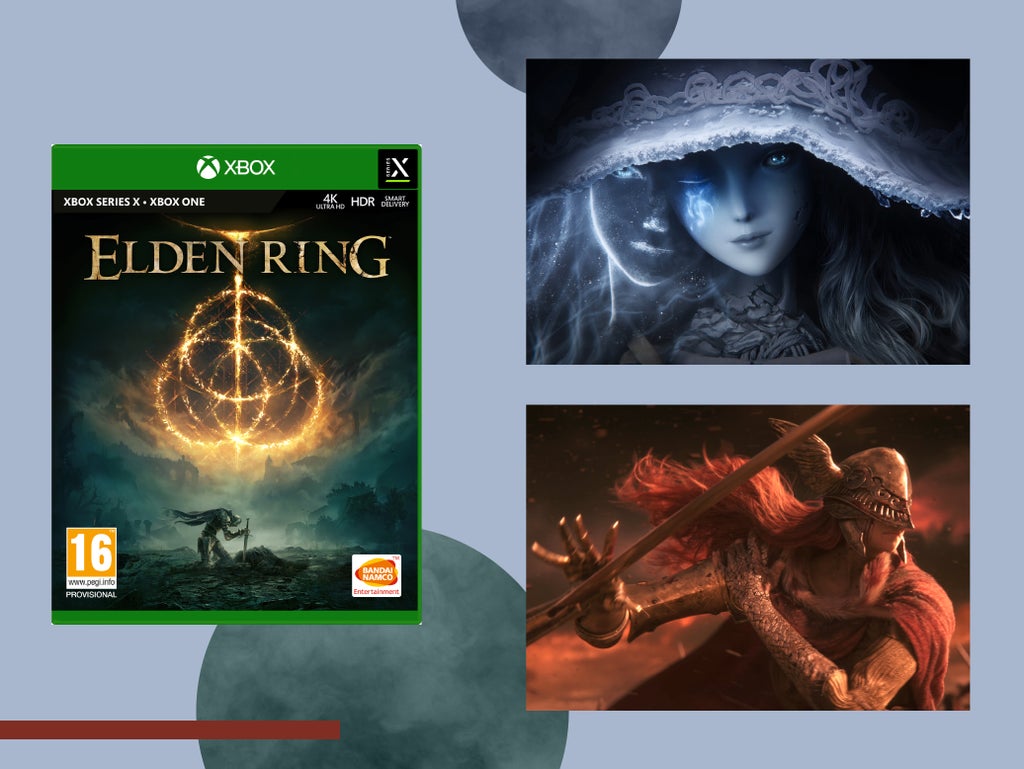 Hidetaka Miyazaki has returned with full vigor to the dark fantasy genre he helped to spawn. Affectionately known as a ‘Soulsborne’ game (a portmanteau of Dark Souls and Bloodborne) Elden Ring is the spiritual successor and next in line of these highly acclaimed games, bringing with it all the best elements from previous titles.

The FromSoftware games are renowned for rich world-building and relentless enemies. That being said, if you have never played previous titles such as Demon’s Souls or Sekiro: Shadows Die Twice, then be prepared to see the words “YOU DIED” over and over again.

While these games are known for their difficulty, the true reward for playing is coming up to the same obstacle – a boss, a mob, a precariously narrow platform reaching over an infinite abyss – time and again, and, after many tries, finally overcoming Item.

From early impressions, Elden Ring looks to be no different. Only this time, there’s a lot more emphasis on exploration. In a new open-world setting, built from the ground up in collaboration with George RR Martin, players will explore the Lands Between as they conquer enemies ranging from terrifying dragons to mad kings.

Here are all the details we know about FromSoftware’s biggest world yet, from the latest trailers to pre-order details and what else to expect from one of the most highly anticipated releases of the year.

When will ‘Elden Ring’ be released in the UK?

Elden Ring was subject to numerous delays, due in part to the ongoing coronavirus pandemic. After it was officially announced for a January 2022 release, it was then moved again to 25 February 2022.

How to pre-order ‘Elden Ring’

Elden Ring will retail at a price of around £59.99 on PlayStation 4, Xbox Series X and Series S, PlayStation 5, Xbox One and PC.

The “launch edition” includes a physical copy of the game, art cards, a woven patch, stickers, a poster and a limited-edition metal disc case.

There is also a “collector edition” of the game, which includes a large box, a hardcover artbook and a 9in statue of one of the game’s characters – but it appears to have completely sold out.

FromSoftware has never been forthcoming about the explicit meaning of its games, choosing to scatter elements of its story through atmospheric world-building, vague item descriptions and dialogue with various NPCs.

What we can gather from Bandai Namco’s website, however, is a small overview of its setting. The Elden Ring, the source of a great magical tree at the center of the Lands Between, has been shattered.

Demigods have each claimed shards of the ring, known as Great Runes, and used them to ignite a war known as ‘The Shattering’.

Players will take control of a character known as the “Tarnished”, a title given to exiles of the Lands Between. It would be safe to assume that the main quest may involve defeating the demigods and collecting the Great Runes in the process, but this is a FromSoftware game so expect the unexpected.

Will ‘Elden Ring’ be cross-platform?

Elden Ring will not have cross-platform support, meaning that Playstation users who were hoping to team up with their friends over on Xbox will not be able to. The game does have cross-gen support however, meaning that PS4 and PS5 users can play together and Xbox series X/S owners can play with Xbox One users.

Will there be multiplayer in ‘Elden Ring’?

much like in Dark Soulsplayers will be able to visit other players’ worlds or summon other players to theirs in order to team up or fight it out.

Players can also leave coded messages to each other around the world to offer helpful tips about hidden areas, powerful enemies or even just a few words of encouragement along the journey.

However, a recent exploit on the PC servers of Dark Souls 3 means that the servers of previous FromSoftware titles have had their player vs. player functionality temporarily shut down. It is unclear whether this will affect the PC launch of Elden Ringhowever.

What is new in ‘Elden Ring’?

Elden Ring will be follow on previous FromSoftware titles with a mixture of new and returning mechanics. The hand-to-hand combat and magic classes will be familiar to anyone who has played the Dark Souls series, but there is also added stealth and jumping mechanics that have made their way over from Sekiro: Shadows Die Twice.

Elden Ring is also the first FromSoftware game to have a fully explorable open world. To get around it faster, players can summon a horse to ride around the plains of the Lands Between. Combat can be initiated from horseback, which can make a big difference to how players approach boss battles. Players can also summon “familiars” (magical beasts) to fight alongside them.

There is also an added day/night cycle with dynamic weather which will affect different areas of the map, which enemies will appear and how they respond to the player.

How many bosses will be in ‘Elden Ring’?

From the technical tests, only 13 bosses have been spotted so far but unlike previous FromSoftware titles, Elden Ring will be set in an open world, meaning that it’s very likely we will see plenty more bosses to go up against, including optional fights that can be skipped altogether.

Some of the bosses we have seen include Margit the Fell Omen, the Tree Sentinel, the Bloodhound Knight Darriwil, the Grave Warden and Pumpkin Head.

In an interview with Edge magazine, Hidetaka Miyazaki revealed more details about one of the bosses created by George RR Martin known as “Godfrey”. As one of the original Elden Lords, Godfrey heralded a golden age in the Lands Between before himself becoming tarnished, a trait he will share with the player character.

Is ‘Elden Ring’ a sequel to ‘Dark Souls’?

Is ‘Elden Ring’ based on Lord of the Rings?

The FromSoftware title is set in its own world with its own lore written by George RR Martin and Hidetaka Miyazaki, so it is not officially affiliated with Tolkien’s works.

However, Elden Ring is a dark fantasy action RPG so it’s likely that FromSoftware’s new game takes inspiration from Lord of the Rings in the same way every other fantasy property has since.