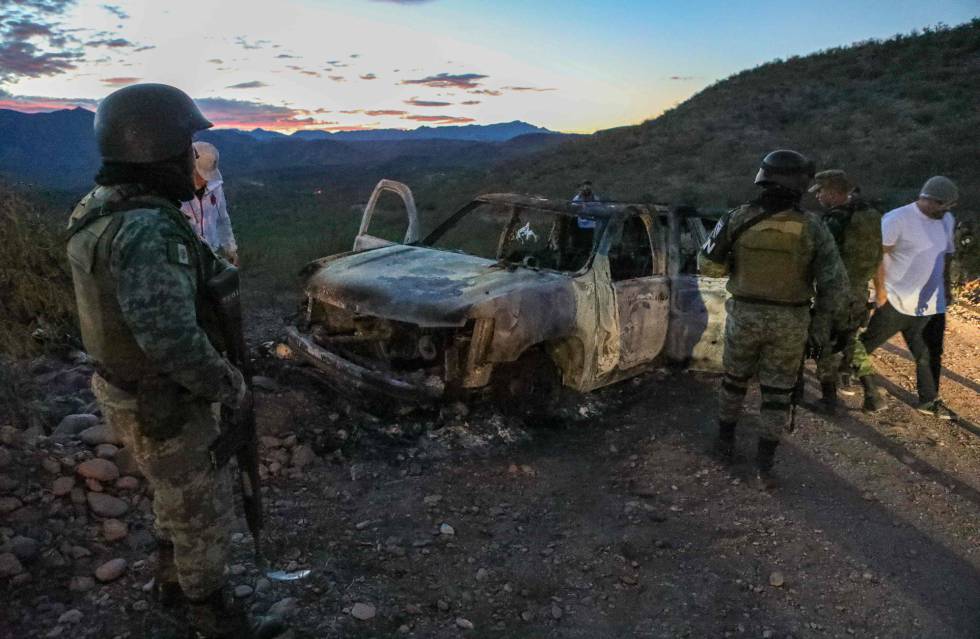 The Special Prosecutor for Organized Crime (FEMDO) has arrested this week Luis Alonso Quintana, known as the guacho, for his alleged participation in the massacre of the LeBaron family. The hitman of La Línea, the armed wing of the Juárez Cartel, is accused of being one of the material authors of the murder of three women and six children in November 2019 in a border community between Chihuahua and Sonora, in northern Mexico. In a first hearing held this Wednesday, the judge decided to link him to a judicial process for the crime of qualified homicide that will continue from jail. The news has been released by Adrián Lebarón, whose daughter and several of his grandchildren were killed in the attack, just after the Secretary of Defense affirmed that there are 27 individuals detained for the crime.

The times have coincided. After weeks without news, this Thursday morning, Defense Secretary Luis Cresencio Sandoval reported, as a reminder, that almost 30 people have been arrested for the massacre in the community of La Mora and another 11 are in search and capture. Of those detained, five are for direct participation in the massacre, Sandoval specified in the morning conference of President Andrés Manuel López Obrador.

A few hours later, the activist Adrián Lebarón has reported on his Twitter account that El Guacho was arrested yesterday in the municipality of Nuevo Casas Grandes, in Chihuahua. It is the same town where another of those involved, Ricardo Alberto, alias Coma Bravo, also from the La Línea criminal group, was arrested in November. El Guacho already had an arrest warrant against him. Lebarón has asked to be part of the hearings and to assist in the investigations: “It is my right as a victim.”

On November 4, 2019, on a dirt road in the mountains between Chihuahua and Sonora, the vans in which three women and 14 children were traveling were robbed. All of them and six of the minors, including two babies, died riddled with bullets. Investigators found hundreds of shell casings and some of the burned vehicles. It was the children who survived the attack – some were injured – who sounded the alarm. They traveled the 15 kilometers that separated them from their community in Bavispe (Sonora) to report the crime. There, in La Mora, the Lebarón and other Mormon clans have maintained a community for decades. The family denounced that during the eight hours that followed the attack, no authorities arrived at the scene. When they got to the road, they found Faith, the baby of Christina Langford de Johnson, inside one of the trucks. His mother was dead, lying on the ground, just a few meters away. The hypotheses then pointed to the fact that the trucks had been trapped in a confrontation between two rival gangs. However, the family has never been convinced of that explanation because of the viciousness they exercised against the women and children.

The brutality of the massacre turned the LeBarón case into one of the first litmus tests of the López Obrador government. The family of the victims, who also had US nationality, has not stopped pressing and demanding justice since then. “With this government there is no impunity,” the Secretary of Defense tried to assure this Thursday, after recalling the figures of the detainees. But in May 2021, one of the family’s lawyers, Abel Murrieta, who was also running as a candidate for mayor of Cajeme (Sonora), was murdered. Sicarios shot him in the street, in broad daylight. “We live in terrorism,” Julián LeBarón told EL PAÍS at the time.