The media of the EITB group travel to the Azoka of Durango to make a wide coverage of the 56th edition of the fair.

From Saturday to Wednesday, from December 4 to 8, Euskal Telebista, Euskadi Irratia, Radio Euskadi, Radio Vitoria, Gaztea and eitb.eus will do their part with the programming and with the main acts and protagonists that gather in this square of Basque culture.

Saturday, December 4, the first edition of the news programs “Gaur Egun” and “Teleberri” will leave the sets to broadcast live from the Azoka in Durango. Lierni Agirrezabala at ETB1 and Xabier Ormazabal at ETB2 will present the informative spaces from the Landako de la Azoka pavilion, while Jon Balentziaga and Sara Gandara will be in charge of the respective sports sections.

News, In addition, they will dedicate a very special space to the 56th edition of the Durango Fair. Every day, they will collect the most outstanding meetings and performances and will interview the main creators and creators, covering the last hour of all the Azoka activity. 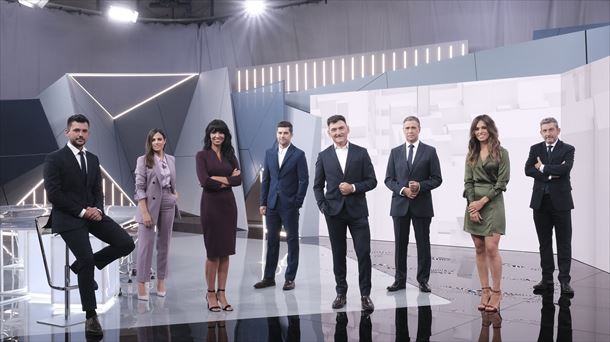 Likewise, from the hand of space “Zulora” by Gaztea, Euskal Telebista will offer the daily program “The Durango Fair is 2021“which will include the main topics and protagonists of the day, at 9:00 p.m. on ETB1 and eitb.eus. On Tuesday (December 7) it will also be offered the special “Zulotik Azokara!” at 10:30 p.m., which will analyze various cultural issues and perspectives through meetings with creators. The interviews in the street and the descriptions of some of the corners of the Azoka will complete the program that Ane Zuazubiskar will present and that can also be seen on ETB1 and eitb.eus.

The same Tuesday, several of the Euskal Telebista programs will be on the Azoka site. In ETB1, the program “Word of mouth“by Ilaski Serrano will be broadcast from Durango and will collect the news that this edition has gathered, starting at 4:00 p.m. Among the guests, it will receive Beñat Gaztelurrutia, manager of the Gerediaga association; the Pasadena music groups, Dupla and Kerobia, musicians Joseba Tapia and Mikel Urdangarin, and writer Jon Arretxe, among others, who will also be with the winner of this year’s Durangoko Azoka creation grant. 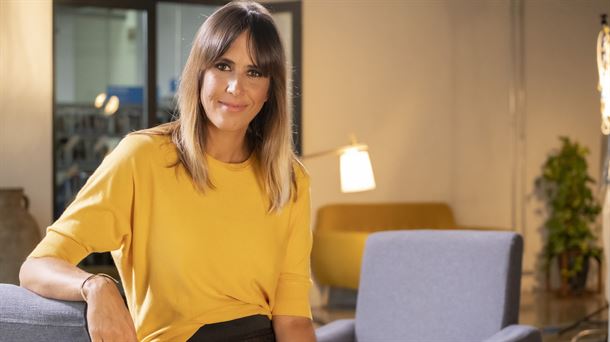 “Biba Zuek!” It will also take the Azoka de Durango as its main axis. The program will offer interviews with the most prominent creators and will see their work first-hand. The reporters Joseba Olagarai and Anuxka Etxeberria will be at the Durango venue and will collect the atmosphere that is lived there.

On ETB2, reporter Mikel Egia from program “On Jake” will offer the last hour live from the Azoka of Durango. In addition, he will conduct interviews with some of the editors, producers, musicians, writers and the general public that are in the venue.

In the afternoon, the program “We took to the streets” will move one of its presenters to Durango. From there, Aitor Albizua will give way throughout the afternoon to interviews with the protagonists of the day. After having held the last online edition, the program will also collect the desire and feelings of the public that congregates during this edition in Durango.

The radio also moves to Durango

The presence that EITB radios They will also be very broad in Durango and will offer live information on all Azoka activity, from the hand of the culture team. The journalists Mailu Odriozola and Juan Ramon Martiarena will cover the event from there.

See also  Covid Deltacron symptoms: The signs and stages to look for

On the other hand, during the days that the fair is held, many of the radio programs will be broadcast from there. On Saturday, December 4, the program “Amarauna” de Euskadi Irratia, presented by Nagore Telleria, will leave the Miramon headquarters and will move to Durango.

Sunday, December 5, will be the program “More than words” of Almudena Cacho the one that is emitted from there, and on Tuesday, day 7, the programs “Kultura.eus” with Galder Perez and “Euskadi District“with Estibaliz Ruiz de Azua from Radio Euskadi, as well as the program “Part B” presented by Julen Idigoras in Gaztea.

“Zulora” offers a meeting on the Basque cultural industry

On December 7, the “Zulora” space in Gaztea will offer a meeting on the Basque cultural industry in Talaia Gunea from 1:30 p.m. They will participate in the act: Uxue Razquin, editor of Erein; Ander Sagardoy, creator of the production company Sumendi Films, and Eneritz Dueso (Eneritz Furya), member of the leadership of the Musikari Association. Now that those who built the Basque cultural industry almost from scratch are retiring, is there a generational change? The guests will reflect on this and other issues at the meeting that will be broadcast on eitb.eus and on Gaztea’s YouTube channel. 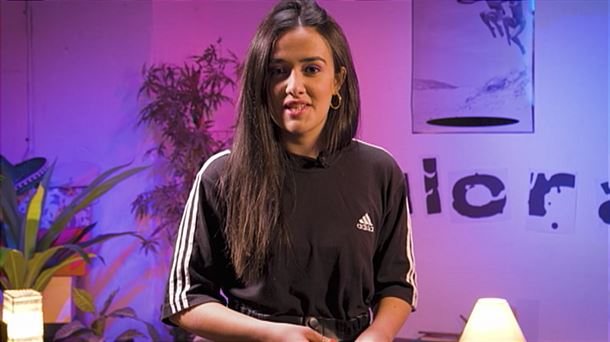 On December 8, at 11:00 a.m., Gaztea will present the documentary “Young Model Competition 30 years” in the Irudienea space in Durango.

The day of the Maketa Lehiaketa final, last November 25, was recorded with the four finalists of this year’s edition for the whole day: from when they woke up in the morning until the jury made public the name of the winner. Nerves, preparations, the trip to Kafe Antzokia … The film crew followed up on the emotions of the protagonists minute by minute in a kind of road movie special.

In this way, each person will be able to watch the documentary in their own way, following their interests and preferences. Some will take 30 minutes and others will navigate the audiovisual for more than an hour. The documentary will be available on Gaztea’s YouTube channel after its presentation at the Azoka in Durango. 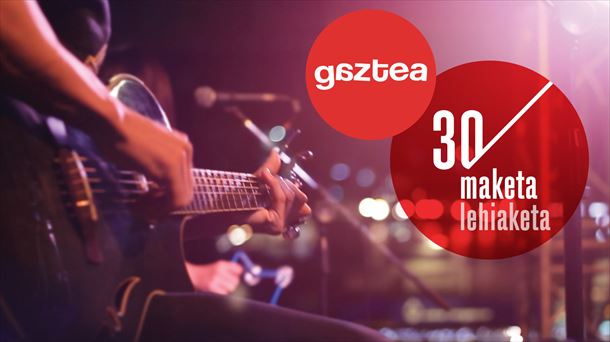 On Wednesday, December 8, at 6:00 p.m., the protagonists of “3 Ene Kantak” will offer the show My Songs Dance, in which they will present their best-known and most danceable songs with Argi and Eneko. These songs are linked together with a story.

eitb.eus will offer Live all the programming of the Ahotsenea and Areto Nagusia de Landako spaces. The Ahotsenea signal can be seen from 11:00 a.m. to 10:00 p.m. and about ten concerts will be broadcast a day. All recitals can also be seen at EITB Nahieran.

All the talks, presentations and round tables scheduled in the Landako main room can also be seen on the web, from 11:00 to 20:00.

In addition, the special website of Durangoko Azoka It will collect all the content on this 56th edition and will follow Azoka’s cultural activity from the Durango space itself.