Frankfurt boss Oliver Glasner has warned his team they’ll be facing a side mixing Barcelona’s Dutch style with the grit of West Ham as he insisted Rangers are the new Europa League favourites.

The German outfit have dumped Xavi’s Catalan kings as well as the Hammers out of the competition on their way to Seville.

The Austrian said: “If you win against the second and fourth of the Bundesliga then you are the favourite.

“We are 11th in the Bundesliga, so maybe that’s the calculation.

“But listen, that stuff doesn’t matter, both teams deserve to play the final.

“You can see the Dutch influence in the way they play and their little triangles but they also have the British mentality.

“Rangers are a team who are very robust and they have the desire to run and chase every time they lose the ball.

“James Tavernier is also a top scorer in the Europa League so that shows he runs a lot.

“They’re always ready and show this readiness to defend but to also go forward.

“They play very fast football so this is how they score a lot of goals.

“Like West Ham they can cross the ball very quickly. They scored like that against Braga and Leipzig.”

Glasner’s side are aiming to become just the third team in Europa League history to win the competition without losing a game.

They have already seen their way past group-stage opponents Olympiacos, Fenerbahce and Royal Antwerp before easing past Real Betis on their last visit to Seville just three months ago.

And the Frankfurt boss hopes it will be a hat-trick of successes in Spain as they take on the Light Blues.

“I will be back here for my vacation so I like Spain,” he grinned. “We have won the first two good games and we come here with a good feeling.

“Spain is a place with fantastic stadiums and great pitches. Everything is perfect for us.”

Injury means Gers striker Alfredo Morelos will not line-up against his fellow Colombian Rafa Borre but the Frankfurt frontman has already been in touch with his countrymen ahead of tonight’s showdown, which he hopes will deliver a second continental prize after he previously helped River Plate to be crowned South American champions back in 2018.

Borre said: “Yes, I’ve been able to speak to Alfredo. It’s a shame he can’t be involved in the final due to injury. I know he’s a very important player for Rangers.

“We might see each other tomorrow to say hi. I’m on international duty with him and it will be wonderful to see him again tomorrow. Hopefully the best team wins.

“The Copa Libertadores final was wonderful but this is a different situation with a different club. It’s a wonderful moment for me and a great chance to play in a final for Eintracht Frankfurt.

“This is my first European final and the great quality in our squad is that we are so united.

“We work together to defend and attack. We hope to keep that up tomorrow and get our hands on the trophy.” 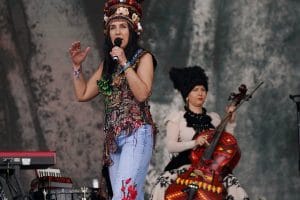