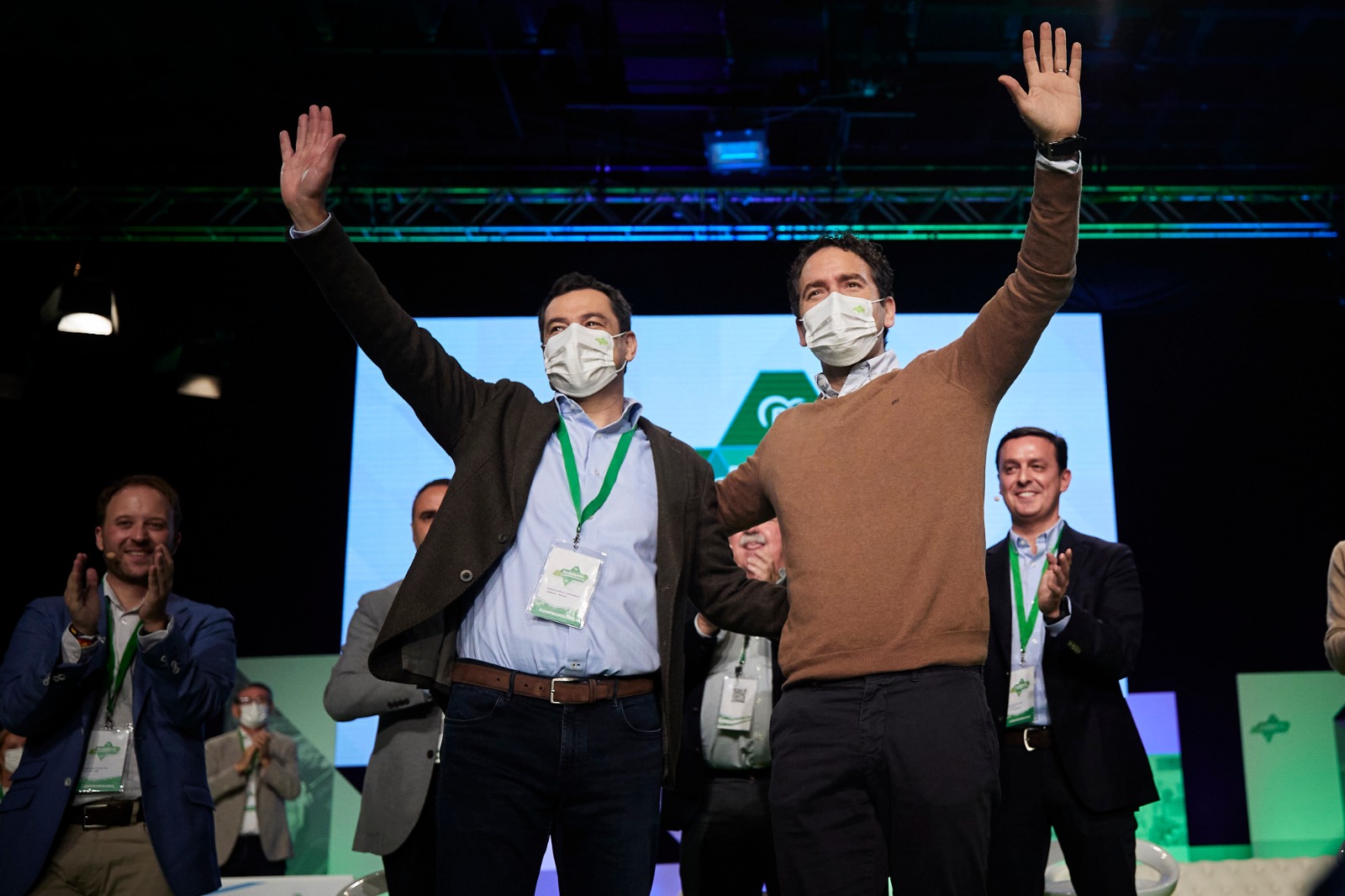 With the echo still alive of the words of the president of the Community of Madrid, Isabel Díaz Ayuso, recommending to his counterpart in Andalusia, Juan Manuel Moreno, that he “fly free” and call the regional elections whenever he wanted without being “anyone’s puppet “-In a clear hint to the national leadership of the PP-, on the morning of this Saturday it was the turn of the general secretary of the popular, Teodoro García Egea, to intervene on the second day of the party’s regional congress in Andalusia, a community clearly in pre-campaign. Egea has made his message clear in a new indirect reference to his internal dispute with Ayuso: “Juanma, you are and have always been a free person who has put Andalusia above the interests of the party. No one has to come to tell you what to do ”.

The statements this Friday in that congress by Isabel Díaz Ayuso have forced the Andalusian president himself to react and have to ratify the message of autonomy that he has always given, especially last spring when the drums by the leadership of the party in Genoa 13 for an electoral advance in the wake of the overwhelming results in Madrid sounded louder. “I am free and I am still free,” said Moreno at the entrance to the conclave, 24 hours after receiving the advice of the popular leader from Madrid.

García Egea – who has come to Granada accompanied by the general secretary of the PP in Madrid, Ana Camins – has also referred to those words in a speech in which, without naming the president of Madrid, he has claimed the importance of a party united around the same values, just when the leadership of the PP has denounced that there is a “minor” sector that questions the leadership of Pablo Casado “supported by principles that represent very few people,” as confirmed by sources close to Genoa. The number two of the PP has arrived at the congress with the firm intention of launching a message of respect and absolute support for Moreno’s autonomy from the national leadership. On Friday, the Deputy Secretary of Communication, Pablo Montesinos, did it and this Saturday he emphasized it again: “Casado himself called Moreno and told him that the elections were his, his competence.”

The regional Congress of the PP had been thought of as a scenario in which to celebrate that the PP for the first time in 37 years occupied the Government of the Junta by the hand of Moreno and in the “real unity and not imposed like others”, in the within the party, according to the president of the organizing committee and mayor of Córdoba, José María Bellido. However, the popular come to the conclave wrapped in a mistrust fueled by various controversies. The last, the leak of the statements of the vice president of the Board and regional leader of Citizens, Juan Marín, who reactivated the debate on an electoral advance of which, as he pointed out directly, one of the main stakeholders was Genoa.

The destabilization generated by Marín’s words adds to the internal struggle between Ayuso and the leadership of the national PP for leadership in the Community of Madrid. The sources consulted point directly to the environment of Miguel Ángel Rodríguez —advisor to the president of Madrid—, the former president of Madrid, Esperanza Aguirre, and the party’s former spokesperson in Congress, Cayetana Álvarez de Toledo —who has just published some very memorable memoirs. criticism of Egea and Casado – as the main instigators of that rebellion. The same sources look for a parallel with 2008 when the sector Aguirrist He tried to promote an alternative to Mariano Rajoy as leader of the PP.

On the eve of the regional congress, the Andalusian PP tried to deactivate the new direct confrontation with the national leadership caused by the Marín leaks and its leaders encapsulated the problem of the leaks in a matter that exclusively concerned Cs. The vice president himself dismissed the following day, assuring that the only person responsible and interested in the leaks was the one who recorded them. On the opening day and before staging the unity within the Andalusian Government with an unusual talk between Marín and the spokesman for the Board, Elías Bendodo, Moreno himself assured that within his party “there was no problem”.

Ayuso, minutes later, set flames on the embers, launching Genoa against San Telmo – the seat of the Junta – and verbalized, according to several attendees of the PP congress, the discomfort about the way to exercise power and impose charges in the territories by Genoa. The sources close to the national leadership consulted, however, assure “the territorial structures are very cohesive” around the figure of Casado and circumscribe the rebellion “to a Madrid bubble.”

The province of Seville was the scene last March of this divergence between the Andalusian PP and the national leadership for the way to control power in Andalusia, externalized in the clash regarding its leader. Finally, and after a very controversial process, the Genoa candidate, Virginia Pérez, prevailed, but Moreno did not attend the closing of the provincial congress, in an outrage to Egea, who was present, to show disagreement.

That was the most critical moment of the differences between Genoa and PP-A. Until then, the pressures for an electoral advance, taking advantage of the tailwinds of the elections in Madrid, or, later, the suspicion with which the budget negotiations with the PSOE-A by the national leadership were observed, were solved In private. In the crisis unleashed by the Marín leaks, for whom the vice president directly blamed Fran Hervías, former secretary of Cs Organization and now in the ranks of the PP, the PP-A leadership does not appreciate a strategy directed by Genoa, but a bad calculation in a strategy of wearing down Marín on whose authorship they do not want to pronounce, according to sources close to the leadership of the popular Andalusians.

The disagreements in March are apparently settled – they both agreed in the Almería provincial congress months later – and Egea has presented Moreno as a precursor of the change that should come to La Moncloa. “In Andalusia the change began. The most exciting project is to see Casado cross the finish line in La Moncloa, as Moreno already did ”.