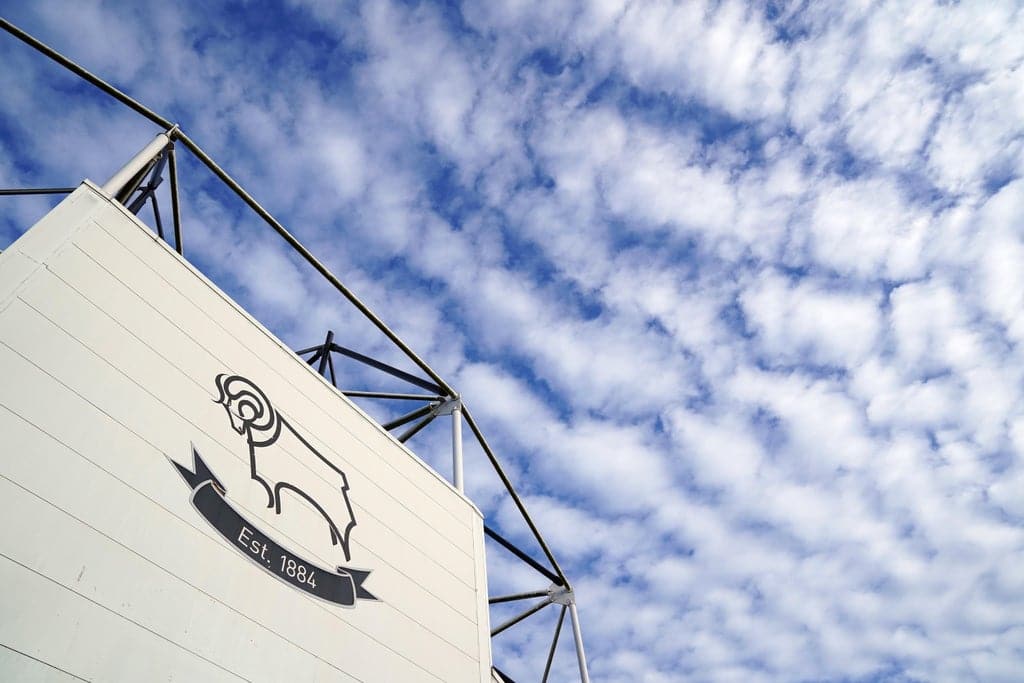 The English Football League has warned Derby’s future remains in peril as administrators have left phone calls unanswered and failed to provide proof there is funding in place for the remainder of the season.

Administrators Quantuma issued a brief statement on Wednesday morning which said they were “currently considering bids for the club” and hoped to name a preferred bidder “shortly”.

That came after the EFL on Monday requested an “urgent” update after a deadline to provide proof of funding passed last week without any further information.

But Quantuma’s statement on Wednesday did not address that issue and the EFL responded by saying it remains “deeply concerned at the lack of any form of substantial progress” at a club that has been in administration since September.

“Despite requesting an update almost 48 hours ago, there has been no communication from the administrators with correspondence and calls from the EFL going unanswered,” a League statement said.

“As a result, the EFL still has no further information on the preferred bidder status or evidence of funding until the end of the season and has advised the administrators that the lack of progress on these two critical issues, amongst others, is threatening the very future of Derby County Football Club.”

The League said it has again written to the administrators seeking immediate answers after a brief statement earlier on Wednesday provided few.

That statement said: “The joint administrators of Derby County Football Club are currently considering bids for the club, following deadlines set for offers at the end of last week.

See also  Ukraine-Russia peace talks: Has there been progress and could a ceasefire be agreed soon?

“Further requests for clarity from prospective purchasers have been sought and we hope to be able to name the preferred bidder shortly.

“We are aware that everyone connected to the club wants to see its future resolved as soon as possible. Our duty is to ensure we secure the best long-term outcome for Derby County and we are working hard to achieve this objective.”

On January 27, the EFL and the administrators agreed to a four-week extension to the deadline to provide proof of funding.

Fears that Derby, a founder member of the Football League, could be liquidated had receded when it was announced earlier this month that Middlesbrough had reached an agreement with former Rams owner Mel Morris over their legal claim against the club.

The Boro claim, plus a further one from Wycombe, had been cited as obstacles to a takeover. There has been no update from Wycombe or the administrators concerning that claim.

The US-based Binnie family made a formal bid for the club in January, while a consortium put together by General Sports Worldwide is also interested in buying the Rams.

Derby were placed in administration last September by Morris. The club have been deducted 21 points for entering administration and for admitted breaches of EFL financial regulations.

The team are fighting for survival under manager Wayne Rooney and are currently eight points from safety having played a game more than 21st-placed Reading.