Skip to content
Home News Effects of vaccination against covid in children: confinements in institutes fall to a minimum after immunizing adolescents | Education 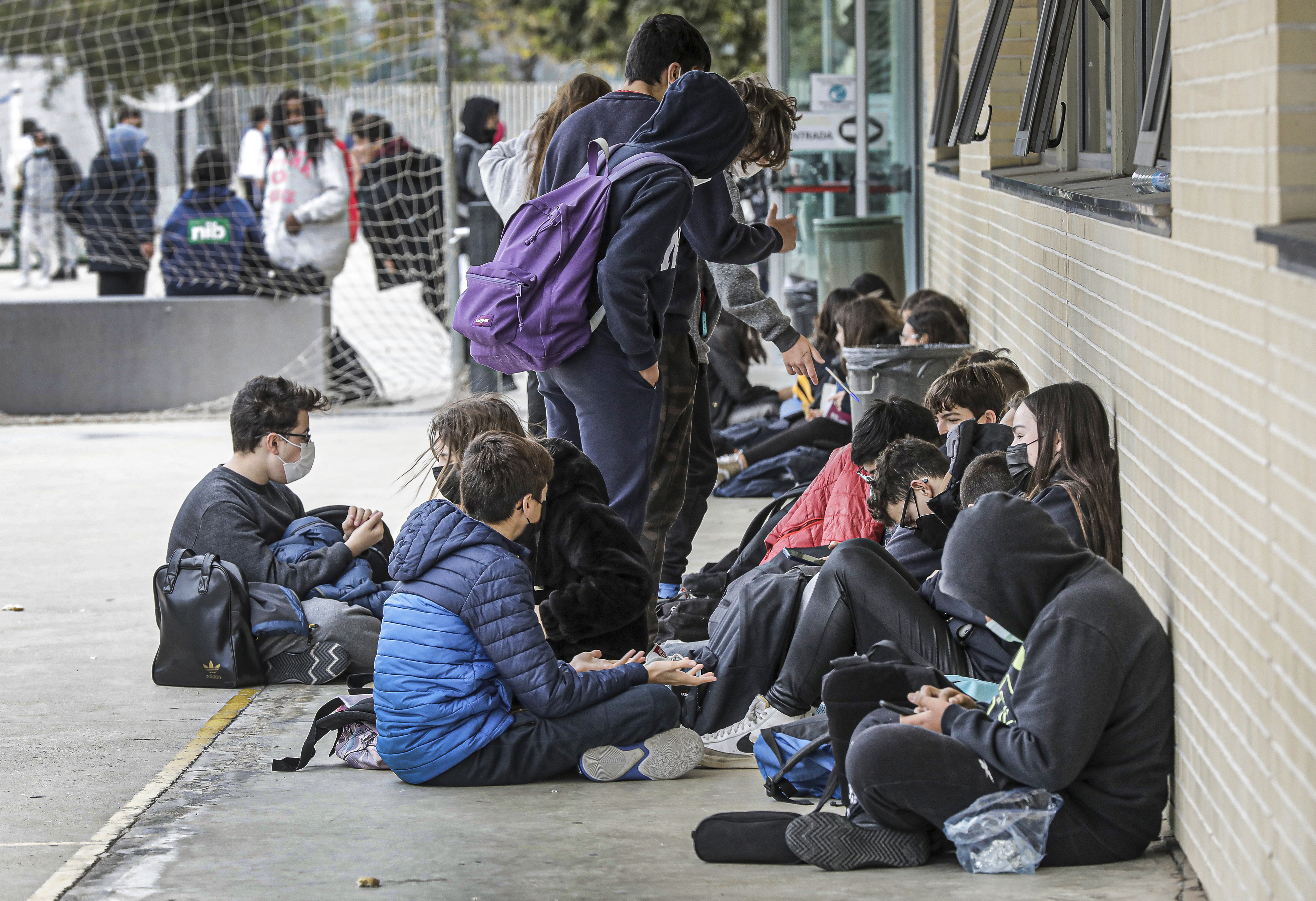 Salvador Pérez looks calm, reviewing papers behind the plastic screen that protects the table in his office as director of the Cabanyal public institute, in Valencia, where 1,500 students study and 175 people work, including teachers and administrators. “The truth is that we are having very few cases, nothing to do with last year,” he says. In January, his educational center had 212 people in quarantine at the center, 77 of them for having been infected with covid and the rest for being close contacts. This Friday, December 10, the institute has, on the other hand, only one positive, which is the only one confined.

The mass vaccination of adolescents has drastically reduced the impact of the covid in schools throughout Spain, which is a message of hope to nursery and primary schools, where infections and confinement of bubble groups have been increasing for some time weeks, and whose students between 5 and 11 years old will begin to be immunized this week. In institutes there are not only less confined because there are fewer infections, but also because close contacts vaccinated with a positive do not have to quarantine, something that will also begin to apply to schools when children receive the complete guideline. “Things have changed a lot,” says Carolina, a third-year ESO student at the Cabanyal institute, while groups of kids have lunch or play soccer in the courtyard. “Last year there were days with so many confined classes that it seemed like this was half empty. Now, except for the mask and the separation of the tables, everything looks a lot like it was before the pandemic, “he says.

The information that the Ministry of Education collects from the 17 autonomous communities does not allow us to compare by educational stages the percentage of closed classrooms and infected and confined students. But in Catalonia, whose Health and Education departments are the ones that offer more data on the evolution of the pandemic at school, which can serve as a general thermometer, since the end of November three out of four infections detected in schools are from students between five and 11 years.

The data collected by the Ministry of Education last week is incomplete because only a dozen autonomies sent them. But they reflect what many parents have experienced lately: half of those 12 communities reported that they have confined more than 1% of their students, when two weeks ago only two of the 14 territories that had sent the data exceeded that threshold.

The group of children under 11 years of age is by far the one with the highest cumulative incidence in the last 14 days: 547, which represents three times more than the next age group, from 12 to 19 (180), and a much higher level higher than that of the population as a whole (323), according to data published on Friday by the Ministry of Health. “Adolescents have been above children in contagion throughout the pandemic, and now the roles have changed,” says Clara Prats, researcher at the Computational Biology and Complex Systems (BICOM-SC) group at the Polytechnic University of Catalonia . “What we hope”, he continues, “is that if children are vaccinated in a generalized way, the same thing happens that is happening to high schools, where there is very little incidence”.

This is what Iosu Mena, president of the association of directors of public institutes in Navarra, the autonomous community with the highest cumulative incidence in 14 days (1,037 cases), is seeing so far: “In students it is being noticed that there are many fewer cases than in previous waves. And that is an educational advantage, due to the importance of face-to-face teaching and because teachers do not have to be attending to some at home and others in class at the same time ”. What Mena does believe is increasing, at least in Navarra, are contagions among teachers. “We think it may be because we were vaccinated many months ago,” he says.

See also  'Like he was 10 years younger': The amazing story of how an 84-year-old Man City fan with dementia became an internet sensation

As essential workers, teachers started getting vaccinated in February. The latest data published in the United States, says Clara Prats, indicates that protection against infection is reduced from 90% to 40% after six months. “That would explain why the adolescent and young population is at a minimum of contagions, because it has been less since they were vaccinated, and, on the other hand, the groups that did it for a longer time begin to have a higher incidence”.

The relative calm experienced by the institutes compared to last year and with what is happening now in the schools is more striking if one takes into account that the interpersonal distance has been reduced in most classes and that practically all centers high school students have regained full presence. Last year, students from 12 autonomies attended class on alternate days in part of the educational levels (although their number was reduced as the months went by), recalls Mari Carmen Morillas, vice president of the main parents’ federation, Ceapa. “With the vaccination, in the institutes we have noticed a relief in terms of infections and confinements, with all the students going to class on a daily basis. The blendedness wreaked havoc in many centers in ESO, Baccalaureate and Vocational Training ”, he says.

Eva Bajén, president of the association of directors of institutes of Aragon, also ensures that the course is running much more normally in secondary schools, but warns, like other teachers, of a fact that may be important depending on how As the pandemic evolves: “We notice that students are very tired when it comes to complying with the rules. It is costing us more that they have the mask in place. Perhaps because as soon as they leave the institute the rules are more relaxed than here ”.

Last year, especially in nursery and primary schools, it was very rare to see more than three infected in a class. The most common was that there was only one positive in the classroom (according to a study carried out at the beginning of last year in Catalonia, this happened in 87% of cases), and that it was a student who had been infected outside the center , and whose infection had been detected when doing a test for being close contact of an infected family member. Now, on the other hand, it happens more and more that when the health authorities detect a case in a group, when they test the rest of their colleagues in the bubble group, four, five or six more positives come out. In other words, there is more transmission within classes, although not at the moment, not at school scales, according to data from the Ministry of Education. The fact that the incidence of children is high and the impact on schools is not so high, reflects, according to epidemiologist and pediatrician Quique Bassat, that the security protocols, despite everything, are working.

Bassat mentions two reasons for the fact that there are now more outbreaks in the classes. On the one hand, the relaxation of parents. “Last year, if the children had a small cough or a few tenths of a fever, it did not go away, and now it does.” And on the other, the delta variant, much more contagious than the previous one, which began to expand strongly in Spain when the last year had already concluded.