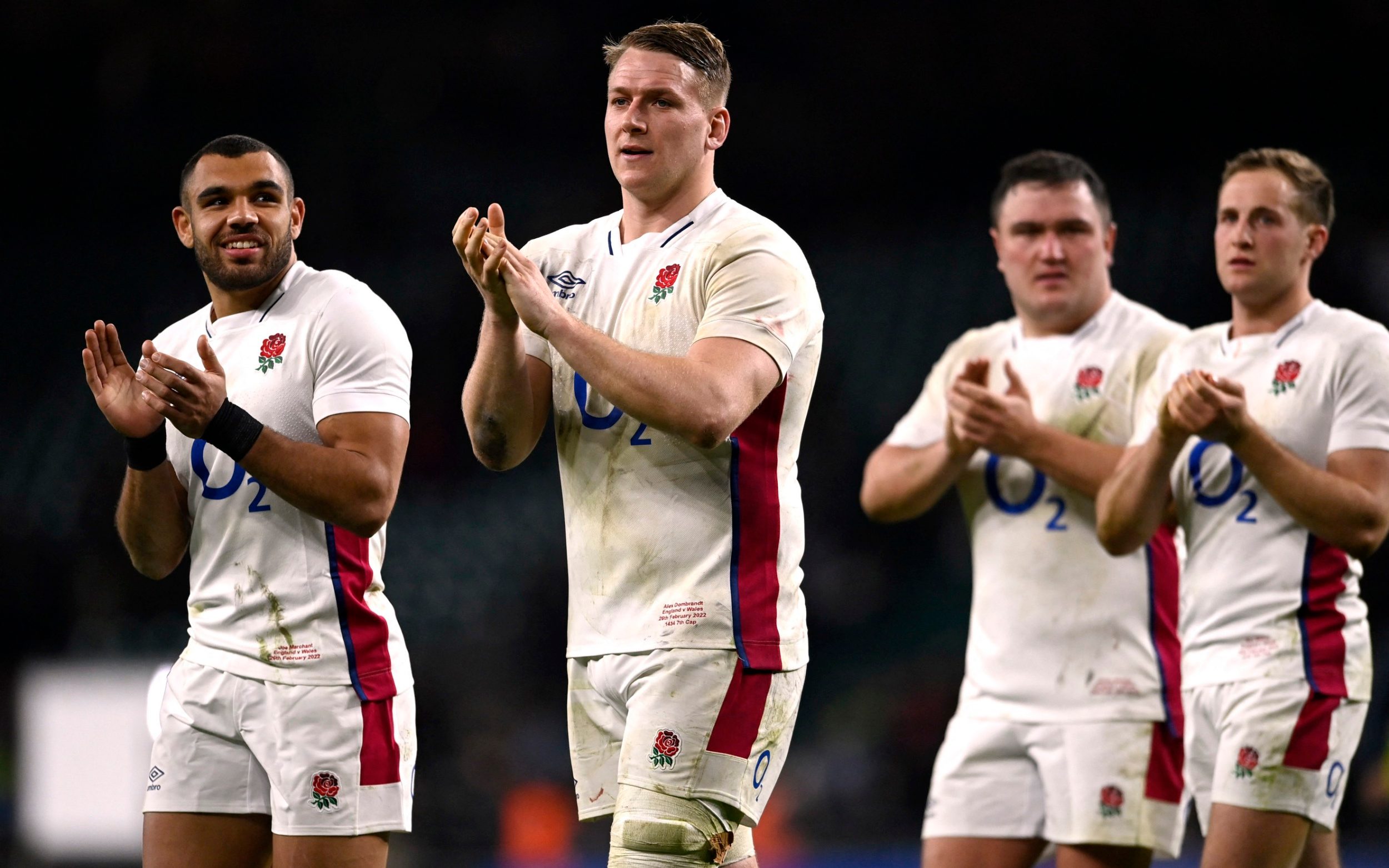 Head coach Eddie Jones confidently declared that England “don’t fear anyone” after their 23-19 victory against Wales put them firmly in the Six Nations title hunt.

Alex Dombrandt’s try and 18 points from the boot of fly half Marcus Smith preserved Jones’ unbeaten record against Wales at Twickenham despite losing the try count 3-1 on Saturday. England now have two weeks to prepare for what Jones has labeled a “semi-final” against Ireland before their final round trip to Paris against a France team gunning for a grand slam.

Despite flattering to deceive for large chunks of the Championship, Jones insists England are back on course after their opening-round defeat to Scotland. “Look at the autumn, we played great rugby,” Jones said. “We’ve started off the Six Nations with a narrow loss to Scotland, we were probably the most dominant team, an emphatic win against Italy and a good tough win against the Six Nations champions. So we’re definitely going in the right direction.

“There are three teams that can win it now and we are one of those three teams. So we’ve got a lot more belief than the three teams that can’t win it. We’re in a good position. We’re in charge of our own destiny. We’ve just got to keep playing better, keep improving every game. We don’t fear anyone. We don’t care what other people think. All we care about is what we think and we know we’re a good young squad and a team that’s developing.”

That confidence was echoed by prop Ellis Genge who insists England have the self-confidence to claim the fourth title of Jones’ reign. “I think Ireland are a great outfit and peaking now in terms of their development,” Genge said. “They’ve really come along and hit their stride at a really good time. France are on fire as well and we will have to be on our A Game – but that’s a challenge we’re looking forward to. We’re happy to play anyone now. We can win it. So can they. But we can definitely win it.”

Jones says it is too soon to make a call on Manu Tuilagi’s availability against Ireland after the center pulled out of the team on Thursday afternoon with a recurrence of a hamstring problem. Despite England’s attack often struggling for fluency, Jones claimed that Tuilagi’s withdrawal posed “no disruption at all” to England’s preparations.

“What I like about this team is no-one blinks an eyelid,” Jones said. “Manu dropped out of training on Thursday, we got on with training. He trained for about 15 minutes (on Thursday) and felt a bit of tightness there. He’s got a very, very slight strain that, because of previous history, he will probably need something in the vicinity of a 10-day rehab. It’s all been checked out and he’s started his rehab already, so it’s just a matter now of him getting back to full healthiness.

There was a less hopeful prognosis on hooker Luke Cowan-Dickie who suffered a knee injury which means he’s “highly unlikely” to be available for the remainder of the Championship.

England will now reconvene for a training week in Bristol with the primary focus being on improving their attacking efficiency after failing to convert multiple entries into the Welsh 22 into tries. “What we’re not good at now is finishing off half breaks which we’ve got to keep working on,” Jones said.

“That’s the next step in our project. The way the game is going it is getting faster and it is getting more intense and I think young players are going to be crucial. But you are always going to need experienced players.

“When you have got a young horse, you need a good experienced jockey to control the horse. When you have an older horse maybe you can have a younger jockey. You always need that experience in your stable and we will get the right balance there.

This much we know. England remain in the Six Nations title hunt, even if it feels they belong in a different weight division to their next two opponents Ireland and France. They possess an auspicious pool of talent and a coach who labeled the middling victory against Wales as “absolutely outstanding.”

This much we don’t. What exactly does ‘New England’ represent beyond a snazzy slogan and a reshuffling of the leadership group? Eddie Jones rarely misses an opportunity to wheel out his favorite buzzwords ever since the head coach’s previous marketing campaign of being “remembered as the greatest team that ever played rugby” was quietly shelved after last year’s fifth-place finish.

As with most rebranding exercises, there is some shiny new packaging in the form of Marcus Smith and other fresh faces but the product largely remains the same. Compared with the coherence and confidence that Ireland or France possess, England’s on-pitch identity is a mystery. There are plenty of sparks but they rarely catch light.

Instead the familiar failings of attacking profligacy and second-half wobbles resurfaced alarmingly at Twickenham against a Wales side who from 17-0 down had no right to make the final moments as tense as they did. “It was a bit twitchy bums at the end, wasn’t it?” center Henry Slade with no little understatement.

Like with Mark Zuckerberg and Meta, Jones is promising a bright new future that conveniently ignores the glaring faults of his current product. “We’ve only been going since the summer of last year on this ‘New England’,” Jones said. “We don’t have to be at our best until the 2023 World Cup. So it’s incremental, it’s building, it’s going in the right direction. We don’t need quantum leaps and jumps. We just need to keep progressing in the right direction.”

A quantum leap in performance will be required, however, for Ireland on March 12 and the trip to Paris a week later. Compared to fully formed personalities of those teams, England are a bits and pieces side.

Some of those bits and pieces are very good. Maro Itoje won the game-sealing turnover and provided an assist for Alex Dombrandt’s try with a piece of lineout skullduggery on Adam Beard that Alun Wyn Jones has trademarked. “It’s funny when he first started he’d run on the field and be man of the match,” Jones said. “Now he plays like Superman, he can’t be a man of the match. What’s going on?”

Ellis Genge came to the fore as a scrummager and a ball-carrier. No 8 Alex Dombrandt had his best game in an England shirt and the half backs Harry Randall and Smith buzzed as furiously as a pair of wasps against a window pane. Yet somehow those individual parts fell well below the desired sum.