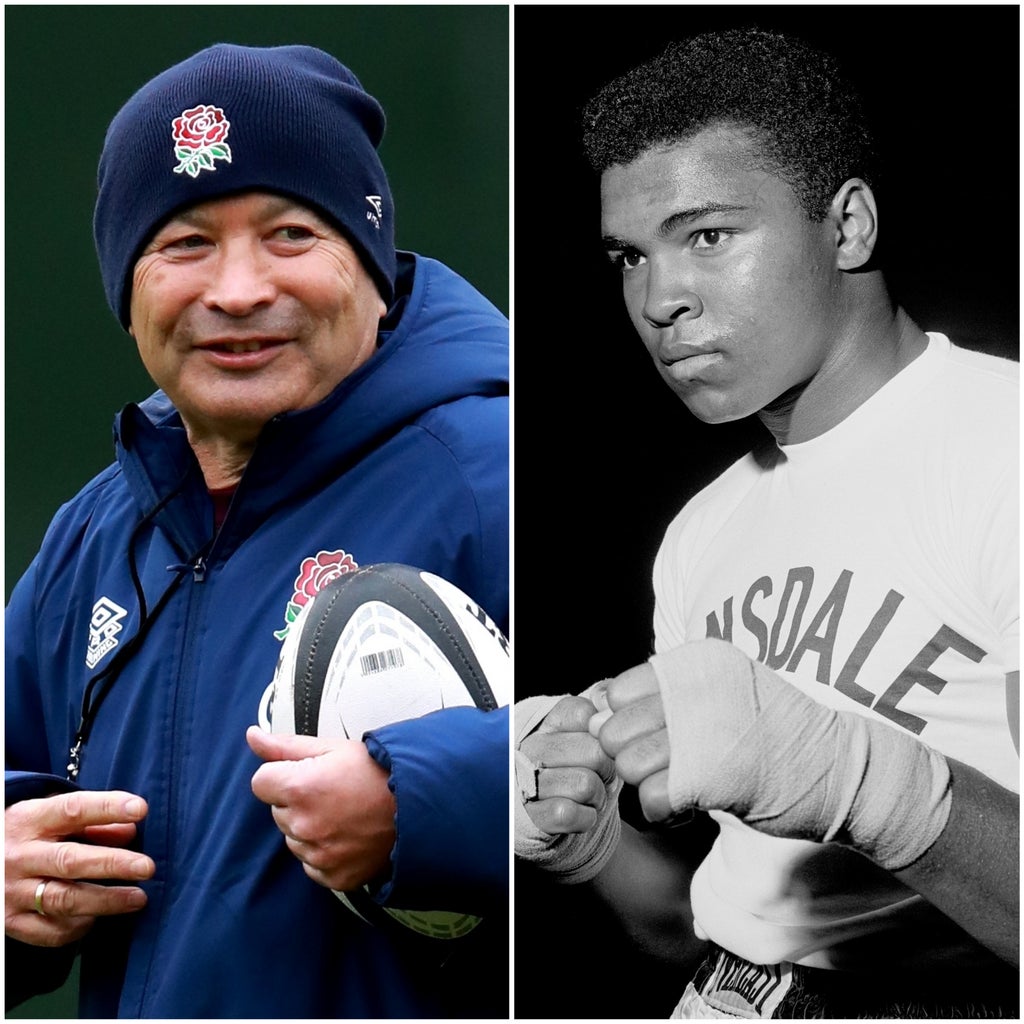 Even in round two England are looking to rebuild their Guinness Six Nations after an opening-day defeat by Scotland made Sunday’s trip to Rome a must-win encounter.

Jones wants a side showing six changes in personnel, including Harry Randall starting ahead of Ben Youngs at scrum-half, to put Italy to the sword in the hope of reviving their title challenge.

Reinforcing the assault on the Stadio Olimpico will be a bench containing 409 caps due to the presence of veterans such as Youngs, George Ford and Joe Marler.

To illustrate his vision for England, Jones has looked at Ali’s first-round knockout of Liston when they fought for a second time in 1965.

A controversial finish produced one of the most iconic images in sport as Ali taunted his fallen opponent.

“We want to be ruthless. We’ve got a chance on Sunday to atone for what we did against Scotland,” Jones said.

“We can only do that by being really ruthless and having that vision of Muhammad Ali standing over Sonny Liston – that sort of image in your head where you want to really go at them.

“If you look at our squad, we’re probably missing seven front-line players, very conservatively. When you look at the quality of our bench, it’s testament to the strength of the squad.

“We’ve got what would be considered a very young and inexperienced team starting. It’s around half the number of caps you need in your side to win a World Cup.

“We’ve got a nice blend of a young and vibrant starting XV and a more worldly and experienced finishing eight.

“There is the possibility the finishing eight will have the opportunity to be Muhammad Ali standing over Sonny Liston.”

For all Jones’ ambition against a side who have lost their last 33 matches in the Six Nations, he accepts there is a banana skin aspect to the fixture that on this occasion is mitigated by events at Murrayfield.

“It’s a tough game. These are the toughest weeks to prepare for, but it’s made easier that we had a disappointing result against Scotland, so the attitude, application of the players has been first class,” Jones said.

“In these weeks you sometimes lose that one or two per cent discretionary effort, but I haven’t seen that. We’ve prepared really well. Italy are an improving team.”

Over half the team that collapsed 20-17 against Scotland have been removed from the starting XV or changed position as they head for Rome with the aim of avoiding any further setbacks.

One of the adjustments sees Alex Dombrandt replace Sam Simmonds at number eight, giving him the opportunity to work in tandem with fly-half Marcus Smith in a combination that has been highly successful for Harlequins.

“We see that certain styles of play fit each other and they’ve certainly got that understanding,” added Jones. “Alex runs very good inside balls off Marcus.

“He’s got that understanding of when to do it. They will do that on the field and have been doing it in training. I’m sure that’s going to happen on Sunday.”