While the Rugby Football Union have previously described his role as a “consultant”, Suntory coach Milton Haig confirmed that Jones is actually director of rugby at the Japanese League One club. Since flying over following a second successive Championship in which England won just two games, Jones has been coaching All Blacks playmaker Damian McKenzie and Australia center Samu Kerevi, who is likely to face England this summer in a three-Test series.

Last year Jones came under fire from figures including Sir Clive Woodward for heading to Suntory to coach New Zealand fly-half Beauden Barrett, who said his advice was like “little pieces of gold”, following England’s fifth-place finish in the Six Nations. Jones robustly defended his involvement, insisting that he needed to practice coaching despite not paying visits to any Premiership clubs that season

Officially this is classed as holiday time by the RFU for Jones, who is the highest-paid coach in world rugby, and former Georgia head coach Haig suggested he is relishing escaping what he called the “goldfish bowl” of English rugby.

“He is over here at the moment helping us out,” Haig said. “He is hard at work to be honest. He’s not having a holiday here, that’s for sure. He’s running a few drills for us around our breakdowns and doing a lot of talking to the young players. He is taking two sessions today with the younger guys.

“I think he enjoys coming back. His wife of him is obviously from Japan and I think he just likes coming back and relaxing and getting out of that goldfish bowl and giving back to the game. Ultimately, that’s what he is doing.

“He is not doing it because he wants money or praise, he is doing it because he has a long affiliation with the club and he wants to see the club progress and see the young players progress. I think he gets a kick out of just helping out really and having no expectations. That’s probably a bit of rest for him in itself.”

Even when Jones is based in England, Haig will send him footage and stats to review from Suntory matches. RFU chief executive Bill Sweeney recently claimed Jones’ role at Suntory was signed off by his predecessors when he was appointed England head coach in 2016, although the confusion about his job description suggests there may be crossed wires somewhere.

With Sweeney also giving Jones his unconditional backing, there is no prospect that he will be asked to rein in his extracurricular activities with Suntory and others, even though England have been drawn in the same World Cup pool as Japan.

Haig was also quick to defend Jones’ involvement, dismissing last year’s controversy. “I saw the kerfuffle that went on in the press over there – they probably won’t like it he’s talking to Samu Kerevi and Damian McKenzie at the moment. It’s a storm in a teacup – he’s just a rugby man and he is really keen to talk to rugby people and see what he can learn off them.

See also  What channel is Cheltenham on? Live TV channels and coverage

“He has come in, like Eddie always does, as a ball of energy. His first question about him is what can I do to help. Those were his first words from him to me. I think as I said earlier it’s probably a chance for him to get out of the goldfish bowl and relax and give something back to a club he’s had a long affiliation for.” 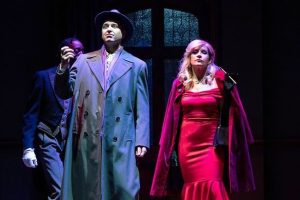