Skip to content
Home News Economic blockade: 60 years of US embargo on Cuba and no change in sight | International 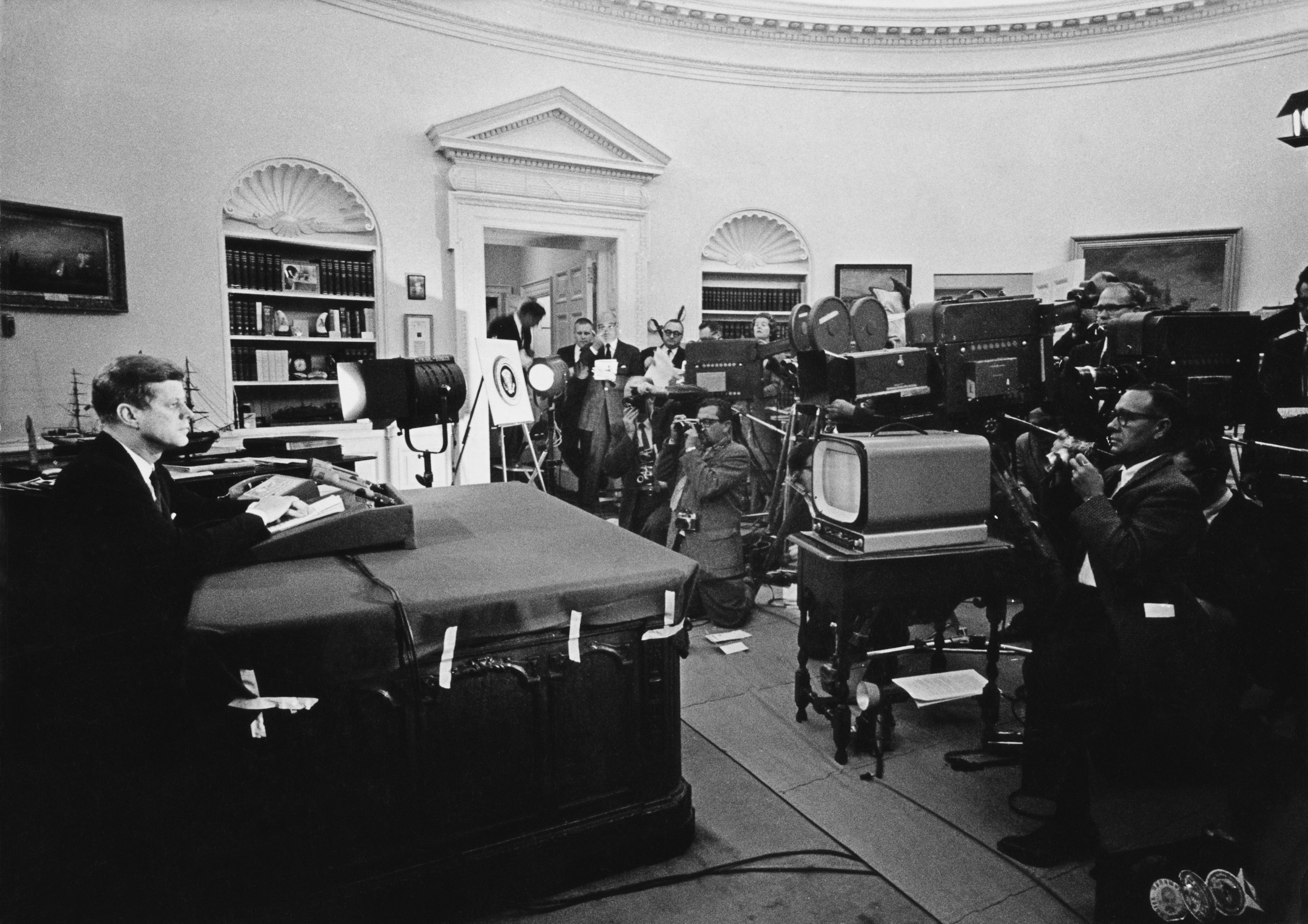 In the midst of one of the worst economic crises in the history of Cuba, with the country experiencing unleashed inflation and the upheaval of the July 11 protests that is still going on — with its sequel to trials against at least 790 protesters, some of them prosecuted for the crime of sedition—this February 3 marked the 60th anniversary of the day in which then US President John F. Kennedy signed order number 3447, which proclaimed the “embargo on all trade with Cuba” a year after that both countries break diplomatic relations.

On the occasion of the anniversary, the US National Security Archive (NSA) has just published a dozen declassified documents that shed light —and not a few shadows— on what is surely the punitive measure against a country longest in modern history. The official papers released by the NSA —an academic institution attached to the George Washington University— record the origins, justification and evolution of the economic sanctions adopted by the US Government since Fidel Castro came to power, beginning with the famous memorandum of 6 of April 1960 by the Undersecretary of State for Inter-American Affairs, Lester Mallory, addressed to then-President Dwight Eisenhower and entitled “The Decline and Fall of Castro,” in which he openly argues the need to apply coercive measures against the nascent revolution in order to overthrow her

Fidel Castro’s revolution, Mallory argues in the brief, is “quite popular,” and since there is no “effective opposition” against him, the only way to undermine support is “through disenchantment and disaffection based on economic dissatisfaction and difficulties. Mallory, the NSA points out, was advocating at the time a set of economic sanctions designed to deny “Cuba money and supplies, to lower monetary and real wages, to provoke hunger, despair, and the overthrow of the government.”

This early memorandum, basic to understanding the political justification for the US embargo that is still in force today, is supplemented by the NSA with other secret documents, messages and deliberations from various US administrations, including considerations by former Secretary of State Henry Kissinger in 1975 to use the embargo as a bargaining chip to normalize relations with Cuba.

A revealing original is the secret CIA report entitled “United States and OAS Sanctions against Cuba (1962-present)”, prepared in 1982. It concludes that “from the beginning, trade sanctions were significantly detrimental to growth and development. general development of Cuba”, although he admits that the embargo “had not fulfilled” its objectives and that “the political costs outweighed its benefits”. The document released by the NSA considers that “although the United States publicly promotes the goal of a truly free and independent Cuba, the ultimate goal has always been to remove Castro from power and make support for Cuba as costly as possible.” for the Soviets.

Another memorandum from Harry Shlaudeman, deputy assistant secretary for Latin America during the Gerald Ford Administration (who replaced Nixon after his resignation), recommends that Kissinger “move quickly to negotiate with Cuba, using the lifting of the embargo, in stages, as a bargaining chip. ”. The document, from 1975, proposes to restore diplomatic and consular relations as part of an initial agreement that would include a partial lifting of the embargo and mutual commitments on non-intervention and negotiations to resolve US claims.

“Our interest is to leave the issue of Cuba behind, not to prolong it indefinitely,” Shlaudeman indicates, establishing a series of steps to normalize relations and finally remove the “intrinsically trivial issue” of Cuba “from internal and inter-American agendas.”

Another dossier from the Carter Administration period (1977-1981) describes the secret debate on whether or not to exclude food and medicine from the embargo. At that time, the relaxation of the sanctions was defended by several US congressmen and senators, and the then Secretary of State, Cyrus Vance, advised the president to “delay” the exemption of food and medicine “until the Cubans take measures to contribute to the process of improving relationships. The argument was that Cuba needed to “demonstrate the seriousness of its own interest in improving relations.”

According to the academic center, the National Security adviser at the time, Zbigniew Brzezinski, asked Carter to remain “neutral” on the Senate bill to exempt those categories from the embargo, recommending that his position not be “that of neutrality.” benevolent, but rather that of skeptical neutrality,” fearing that easing the embargo would leave Vance with “little or no leverage to win necessary concessions to make normalization politically acceptable to the United States.”

According to Peter Kornbluh, director of the NSA Cuba Documentation Project and head of the investigation, “the endless embargo has become an enduring symbol of perpetual hostility in the US stance toward Cuba.”

Along with the published documents, the NSA attaches a chronology of the history of US sanctions against Cuba made by academic William Leogrande (co-author with Kornbluh of Back channel to Cuba [Canal negro a Cuba, en inglés], a book that compiles the multiple secret negotiations carried out between Washington and Havana in the last half century). Leogrande reviews the milestones of the embargo policy from Eishenhower to Biden, who, after advocating a change in relations with Cuba in Obama’s normalizing line, continues to be installed in the pressure policy of his predecessor, Donald Trump.

“During the 2020 campaign, Joe Biden promised to roll back Trump sanctions that harm Cuban families, especially restrictions on remittances and family travel. Once in office, despite his repeated promises to restore remittance services, he did nothing, leaving all of Trump’s sanctions in place for him,” Leogrande points out.

John F. Kennedy’s presidential proclamation 3447 entered into force on February 7, 1962. Six decades later, the embargo remains in place and Havana and Washington remain trapped: the Cuban government blames almost all its ills on the “genocidal blockade,” and The US says that it is an excuse and that there will be no changes if Cuba does not change first. February 2022, and that’s where we are.