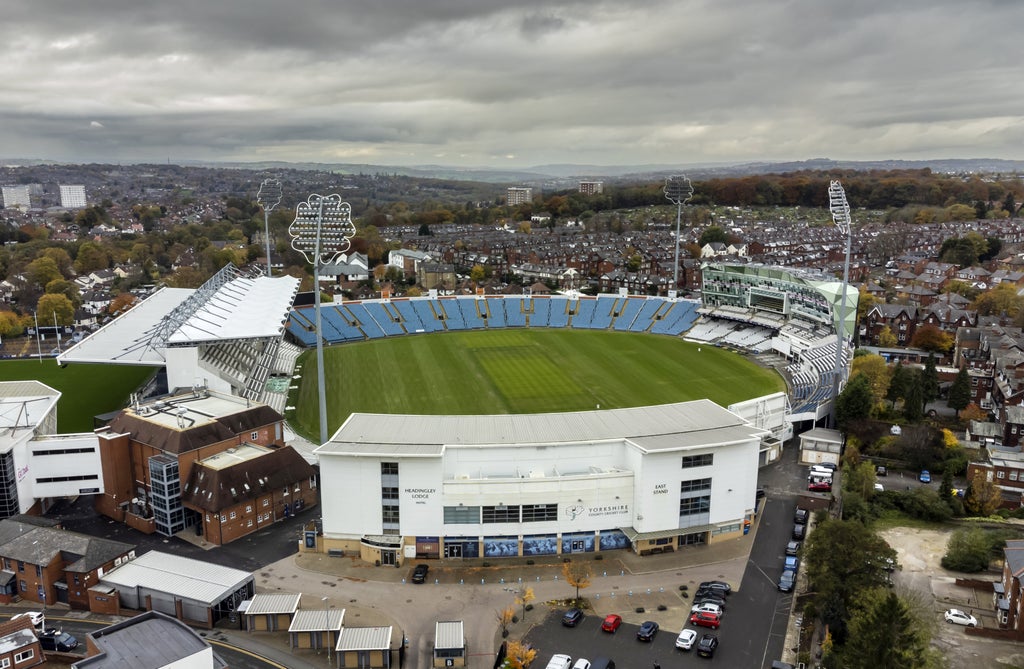 Yorkshire’s right to stage international matches at Headingley has been conditionally restored.

The England and Wales Cricket Board stripped the county of hosting privileges last year over their handling of racism and bullying allegations by former player Azeem Rafiq, which also led to sponsors deserting the club.

However, the ECB has been impressed by the work done to change the culture of the club since the appointment of new chair Lord Kamlesh Patel in November, and announced the conditional restoration of hosting rights on Friday.

Rafiq welcomed the news and said the ECB had made the “correct decision”.

The ECB made it clear though that Yorkshire will only be able to host the third Test against New Zealand in June and July’s one-day international against South Africa if two further conditions are met by the end of March.

The governing body says Yorkshire must “resolve the issues relating to rules changes and decisions at the club which have been subject to procedural flaws”.

This relates to the late-notice cancellation of an extraordinary general meeting of members due to take place last week, owing to a failure by the previous leadership to file rule changes with the Financial Conduct Authority.

The ECB also wants “amendments to club rules relating to the appointment and operation of the board, including removal of Graves Trust powers” ​​to be addressed before matches can be hosted.

Members had been due to vote at the EGM on changes to club rules which would allow up to eight non-members to join Yorkshire’s board as independent non-executive directors.

The role of the Graves Trust – a major creditor of the club which is controlled by the family of former chairman Colin Graves – has been under scrutiny since another ex-chair, Roger Hutton, said it had vetoed his attempt to remove former chief executive Mark Arthur and former director of cricket Martyn Moxon on their response to the Rafiq investigation.

Rafiq said: “This is the correct decision by the ECB – under Lord Patel the club has shown a real willingness to change and has already come a long way.

“His leadership has earned the club another chance, but the reforms must continue and we must see real change.”

Lord Patel said: “I welcome this decision and thank the board of the ECB for supporting the return of international matches at Headingley once again.

“We have worked night and day to bring about tangible change at Yorkshire, and the removal of the sanctions has validated and reignited our drive for positive progress.

“I would like to thank the ECB for its support, and its robust challenge throughout the process. It has been a difficult period for Yorkshire County Cricket Club, and there remains a lot of work to be done, but the level of scrutiny has pushed us towards implementing action which will not only transform this club but can lead the way forward for the sport as a whole.”

Lord Patel spoke last week about a group of individuals who were seeking to delay and derail reform at Yorkshire. He said this group believed the club were being “sacrificed on the altar of Black Lives Matter”.

No new dates have been fixed for an EGM, with the validity of Lord Patel’s chairmanship itself questioned over the failure to file rules amended at club annual general meetings in 2020 and 2021 with the FCA.

Barry O’Brien, the interim chair and cricket non-executive director at the ECB, said: “The board welcomed the hard work and actions taken by Yorkshire County Cricket Club towards putting the club on a new path.

“Alongside the progress already made, we considered many factors in reaching our decision.

“Amongst them, the impact on fans who have bought tickets in good faith and the young people who will benefit from Yorkshire’s improved outreach and pathway provisions.

“Finally, the Board was mindful that the return of international cricket will support continued change and progress at the club.

“I very much hope that the traumatic events that have taken place at Yorkshire over the past several months and years will act as a catalyst for increasing the pace of change throughout the game.”

Julian Knight, the chair of the Digital, Culture, Media and Sport select committee which heard harrowing testimony from Rafiq last November, told the PA news agency: “It’s right that Yorkshire should host international fixtures again but on the strict proviso that key governance reforms are voted through.

“Lord Patel needs the support of the ECB and the wider cricket community in his battle to change Yorkshire’s culture and I’m pleased that this seems to be happening.”