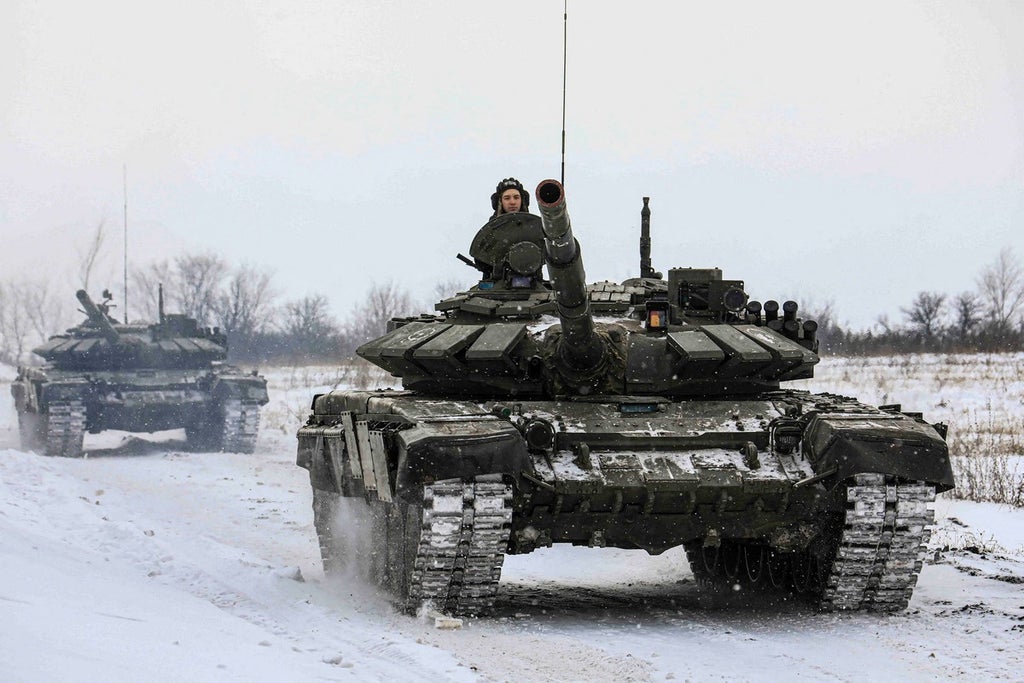 Countries in Eastern Europe are making preparations for potentially hundreds of thousands of people fleeing Ukraine if the crisis with Russia escalates, with some Polish towns already listing places available and Romania considering refugee camps.

Memories of the Iron Curtain and Soviet influence are still very much alive on the European Union’s eastern flank, where people are wary of any instability that could hit their economies and unleash a wave of migration last seen in the 1990s during the breakup of the former Yugoslavia .

Russia has more than 100,000 troops massed near Ukraine, and the United States has warned that an attack could begin in the coming days. Moscow denies any such plans and has accused the West of “hysteria”.

Nonetheless, governments and towns near the Ukrainian border, from north to south, are getting ready to take in refugees, if needed.

Poland, which is home to between 1 million and 2 million Ukrainians, who mostly came to the country to work, said on Monday it was preparing for a worst case scenario. Deputy Foreign Minister Marcin Przydacz told Catholic broadcaster Radio Plus he was “preparing for large numbers so as to be better prepared”.

The largest of the eastern Polish town of Ciechanow, which has a population of around 44,000, said it was ready to receive around 80 refugees in a hotel within 48 hours, at a cost of 140 zlotys per night including food.

“We have been assured that the state budget will fully cover the costs,” Krzysztof Kosinski told Reuters.

On Sunday, the northern town of Elblag said it had 420 places available. The central Polish city of Torun said it had 96 places for refugees. In the south, the city of Czestochowa said it has 1,100 places.

“We know that Poland is preparing to take 1 million migrants. Is Romania ready to take hundreds of thousands of refugees in an uncontrolled influx?,” he said.

“We have taken several hypotheses into account… We are currently analyzing how many refugee camps we can install in a relatively short time, 10, 12, 24 hours. We are analyzing existing lodging capacities in border counties but we are also discussing the second stage, with neighboring counties, and the third stage across the country.”

Slovakia’s defense minister has said that there may be tens of thousands of refugees even under a limited conflict. Interior Minister Robert Mikulec said the government was preparing for various scenarios with its armed forces and was in close contact with the authorities in Ukraine.

Hungary, which has over 150,000 ethnic Hungarians living in Ukraine and tens of thousands of immigrant workers from Ukraine, is also making preparations.

“We also have a playbook and an action plan in the event of war,” Prime Minister Viktor Orban said on Saturday, stressing that “Hungary’s interests are clear: first and foremost, war must be avoided”.

Orban flagged the possibility of hundreds of thousands of refugees arriving in the case of war.

“Think back to the 1990s, when tens of thousands of people arrived from the former Yugoslav territories. That was not easy either but many more would come from Ukraine, probably with no hope of return,” he said.

The Baltic states of Lithuania, Latvia and Estonia have also said they were ready to accept refugees. Lithuania’s interior minister last week said the government municipalities asked to list available housing, adding they expected refugees to come mainly from Poland and on flights.

The Latvian Interior Ministry is considering a string of refugee centers along its eastern border to house undocumented Ukrainian refugees with no place to stay, BNS news wire reported on Monday. The plan would need government approval.