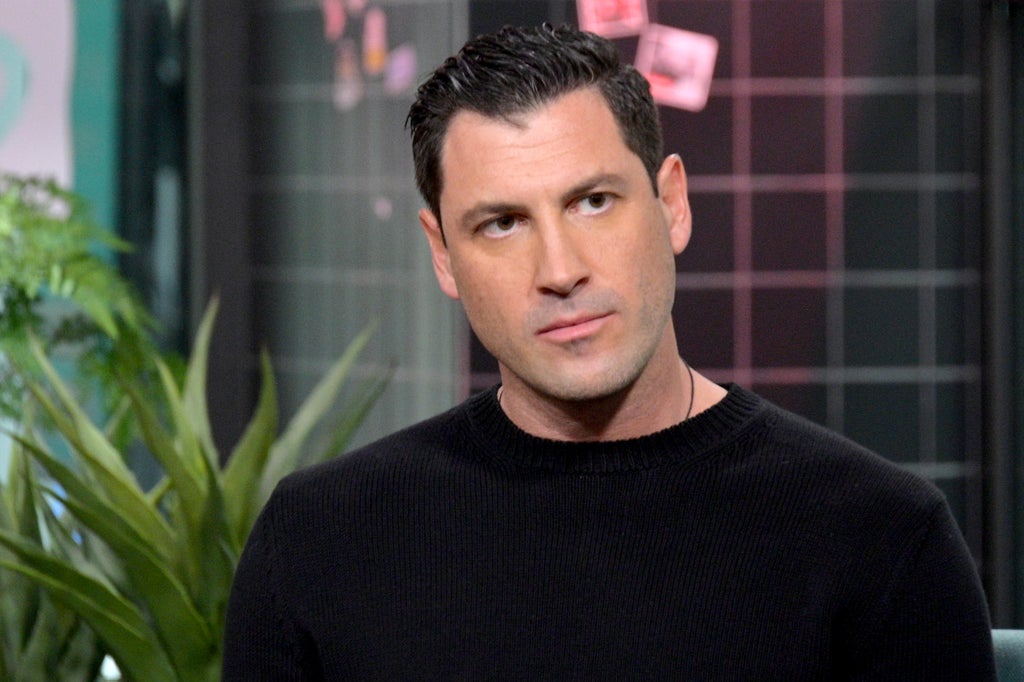 Dancing With The Stars‘s Maks Chmerkovskiy has opened up about being in the center of Kiev, Ukraine, amid Russia’s invasion of the country.

On 24 February, Chmerkovskiy, 42, shared videos on Instagram of himself standing on a balcony, as military sirens from the streets can be heard in the background.

He said that while “he’s not a social media guy at times,” he wanted to show that he was in Kiev and how he was feeling there.

“Not that no one saw this coming, but everybody was hoping that the finality of this situation would be averted, that there wasn’t going to be these kind of aggressive measures,” he said in a clip, about the unfolding of the Russian invasion.

In the caption, he not only emphasized that he stands with Ukraine, but he said that “WAR is NEVER an answer” and that “there’s ALWAYS another way.”

“I will never be the same,” he wrote. “This is stressful and I’m getting old feelings back, like I’ve done this before. This does feel like the way it was when and why we left in the 90s.”

“I literally only just forgot about those “always on the edge” feelings and actually started worrying about things like bbq grills,” he added. “I’m crying as I’m typing this because all man deserves to worry about “bbq grills” and not f***ing war.”

In a different video shared to Instagram, Chmerkovskiy stands on the balcony and again points the camera towards the streets below him, in order to show the “reality” of the situation. He also expressed how “it’s been a little difficult” for him to watch the results of Russia’s invasions.

See also  10,000 million doses of the COVID vaccine in the world

“You know me — I stay strong, and I don’t show it,” he said. “But I want to go back home. And I realize that I have the way to. I realized that I have a different passport and my family’s far away. He then acknowledged how his friends of him, who have family in Ukraine, do n’t have to opportunity to “just escape.”

He went on to detail how he was “about to go into a bomb shelter because s***’s going down” and said that in the year 2022, “this is not the way” that Russia should “do things”.

“I think the Russians need to get up and actually say something, because no one’s opinion is being heard,” Chmerkovskiy continued. “This is all one man’s ambition of something, and however convenient it sounds in Moscow, however comfortable you are where you are in Russia, I just don’t think this is the right thing.”

He took a moment to acknowledge how much he loves Ukraine, but is doing what he can to return to the US and be with his family. Chmerkovskiy has been married to former DWTS dancer, Peta Murgatroyd, since 2017, and they have a five-year-old son, Shai.

On 24 February, Russia launched its anticipated attacks on Ukraine. In a televised address, Russian President Vladimir Putin claimed that this was done to “protect civilians in eastern Ukraine,” per the Associated Press. He also said that his goal of this invasion wasn’t to take over Ukraine but it was to “demilitarize it.”

As Russia has been trying to prevent Ukraine from joining Nato (The North Atlantic Treaty Organisation), Putin has accused the US and its allies of disregarding Russia’s demand.

According to New York TimesPutin issued a warning for anyone who tried to intervene in these attacks, which said: they “must know that Russia’s response will be immediate” and lead “to such consequences” that they’ve “never before experienced in [their] history.”