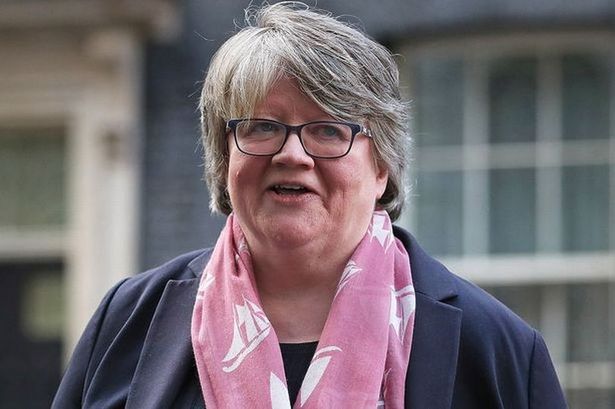 The UK Government has said it “remains committed” to the State Pension Triple Lock for the rest of the current parliament after accused Labor ministers of failing to guarantee it would not be suspended again.

Shadow work and pensions secretary Jonathan Ashworth had claimed that Therese Coffey “refused to guarantee” the protective measure would not be interrupted again following an exchange in the Commons.

The Triple Lock rule ensures that State Pension increases each year in line with whichever is highest of inflation as measured by the Consumer Prices Index (CPI), average earnings, or 2.5%. However, the average earnings benchmark was suspended for the 2022/23 financial year, but the Department for Work and Pensions (DWP) has insisted this is “for one year only”.

Ms Coffey was pressed further during a Commons debate on the cost of living for pensioners, with Mr Ashworth telling MPs: “I asked the Secretary of State at questions earlier, will she rule out breaking the Triple Lock for a second year in a row. She didn’t give that guarantee at the Despatch Box.”

He asked her to confirm the Triple Lock will be honored for the rest of this parliament, to which Ms Coffey replied: “The honorable gentleman asked multiple questions, and I did answer at least one of his questions earlier. But the answer is yes, I do make that commitment.”

Mr Ashworth responded: “I’ve secured my first U-turn, madam deputy speaker, in the role. Doesn’t that just show you that it’s this side of the House who stand up for Britain’s pensioners?”

Ms Coffey later denied it was a U-turn.

The current parliament runs until May 2024.

Speaking at work and pensions questions at the start of Commons business, Mr Ashworth said Ms Coffey had broken “her promise on the Triple Lock to cut the basic State Pension in real terms” adding: “Her justification for that was that earnings was at 8 Now the Bank of England is estimating inflation will hit 8%, so can she rule out breaking the Triple Lock again this year?”

In her reply, the Work and Pensions Secretary did not directly address the future of the Triple Lock.

She said: “As it was explained at the time of the emergency legislation that was introduced into the House, the increase in earnings was due to a statistical anomaly due to the impacts of Covid. That is why the opposition actually supported the Bill right through this House in its very first day.

“The opposition did do that until it came back from the Lords. So there was a lot of support at the time recognizing the statistical anomaly at that moment.”

In response to Labor criticism, work and pensions minister Guy Opperman said “we have never supported our pensioners with more in this country”.

Winding up the debate on the rising cost of living and pensioners, Labor shadow work and pensions minister Matt Rodda said: “Pensioners are at the sharp end, facing the inevitable choice of having to pay for heating or eating. Not since the 1970s have pensioners faced such a fall in their standard of living as the great one that faces them in the next few months.

“So far the Prime Minister and the Chancellor have failed to listen to pensioners, and they have failed to take any meaningful action to help them at this very difficult time. Theirs is a record they should be ashamed of: the State Pension cut, the Triple Lock abandoned, energy bills up, food bills up, and pensioner poverty up.”

Mr Opperman said: “The factual situation is that this year we will spend over £129 billion on the state benefit pension, and the benefits that are accrued for pensioners in Great Britain. We have never supported our pensioners with more in this country.