Skip to content
Home News Dutch and Razzlekhan: Meet the magician and the rapper accused in massive $4.5bn bitcoin hack 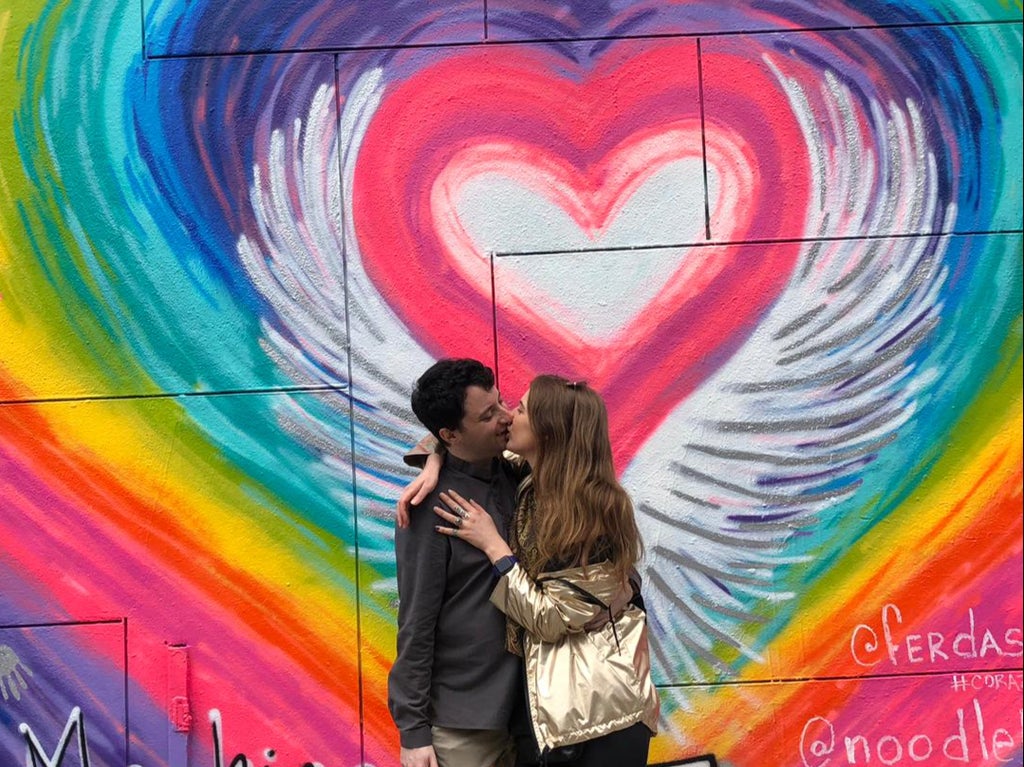 By day, Ilya Lichtenstein is the founder of blockchain start-up end-passa crypto wallet to “stop fraud and terrorism” in the global fight against identity theft.

Wife Heather Morgan is the tech company’s CEO, who also happens to write about sales and marketing advice for Inc Magazine and Forbes.

By side hustle, Dutch, 34, is a duel Russian-US citizen who bills himself as an “occasional magician”, while Razzlekhan, 31, is a “surrealist artist and shameless rapper” who calls herself the Turkish Martha Stuart. She kind of like “Genghis Khan, but with more pizzazz”.

On Tuesday, the New York couple was arrested and accused of making 119,754 bitcoins disappear from the Bitfinexcryptocurrency exchange in 2016 – worth $4.5bn in today’s currency.

The Department of Justice alleges they laundered bitcoin through a darknet labyrinth that took the combined efforts of the FBI, DHS, and IRS to unravel.

But while the criminal complaint outlines the complex “methodical and calculated scheme”, it makes little mention of who Mr Lichtenstein and Ms Morgan are beyond their aliases of Dutch and Razzlekhan.

Online, however, the couple lives a wild hipster life that includes bizarre rap music videos and miracle Covid cures. As Razzlekhan writes on her Facebook page of her: “With words and software, you can write your own destiny.”

That destiny includes billboards in Manhattan’s Times Square that proclaim Razzlekhan as having the “most brutally honest album of the year,” part of an elaborate marriage proposal.

In other YouTube videos, she promoted her “survivor’s anti-corona juice”, mostly blood orange juice, ginger and turmeric root, that she developed after contracting a more deadly coronavirus while in Egypt – the Middle East Respiratory Syndrome, or MERS.

While not creating content on YouTube, she contributed inspirational self-help articles on Inc.com, with her author page describing her investing strategy as “guided by her experiences as a serial tech entrepreneur and international economist”.

She recently published “3 Steps to Become an Expert in Anything”, Why Being Perfect Will Actually Screw You Over, and 3 Things Haggling At A Silk Bazaar Taught Me About Sales Negotiations.

For Forbesshe wrote about why women beat men at negotiation and said on her author page that she reverse-engineers black markets to think of better ways to combat fraud and cybercrime”.

She says she has synesthesia, a neurological condition where people hear colors and see sounds. In 2019, she became engaged to Mr Lichtenstein, who described his proposal to his best friend and “woman of my dreams” on Facebook.

He also has cats.

On his LinkedIn page, Mr Lichtenstein says he studied psychology at the University of Wisconsin-Madison before founding several companies, including sales platform MixRank in San Francisco.

MixRank raised $1.5m in funding from venture capitalists including Mark Cuban, who told BuzzFeed News that his last email exchange with him was in 2012.

“That’s the extent of what I know about the guy,” Cuban told BuzzFeed.

He was quoted as CEO of MixRank, as recently as 2014, in a Venturebeat on content marketing. An email to MixRank was returned saying only: “Ilya is no longer with MixRank.”

Despite allegedly having laundered some of the 25,000 worth of bitcoins, or almost $1bn in today’s value, into funds into financial accounts they controlled, the couple received an $11,000 US Small Business Administration Paycheck Protection Program (PPP), according to prosecutors.

They allegedly spent the ill-gotten gains on gold, Walmart gift cards, and NFTs. They also attempted to mask the source of their crypto-currency wealth, the criminal complaint said.

“My boyfriend (now husband) gifted me cryptocurrency over several years (2014, 2015,), which they have appreciated,” she allegedly wrote in an email. “I have been keeping them in cold storage.”

The married couple faces a maximum of 25 years in prison on money laundering and fraud charges and is due to appear in Manhattan court.

In his ode to his then-new fiancé in 2019, Mr Lichtenstein described the essence of Razzlekhan: “Surreal, mysterious, creepy and sexy. Horrifying enough to grab attention, and enticing enough so you can’t look away.”