Juventus 2-0 Verona: Dusan Vlahovic and Denis Zakaria enjoy a dream debut and score in the first match for the Old Lady as Max Allegri’s side climb to fourth place in Serie A


Dusan Vlahovic and Denis Zakaria enjoyed Juventus’ dream debuts when the two January signings scored in a 2-0 win over Hellas Verona on Sunday, sending the Turin club fourth in Serie A.

Serbian international Vlahovic, who joined Juve from Fiorentina in a deal worth up to €80m (£67m) on 28 January, opened the scoring with a perfectly weighted lob in the 13th minute.

It was the 22-year-old’s 18th goal of the season, drawing him level with Lazio’s Ciro Immobile as the league’s top scorer, and came close to second before half-time in an impressive Bianconeri arc. 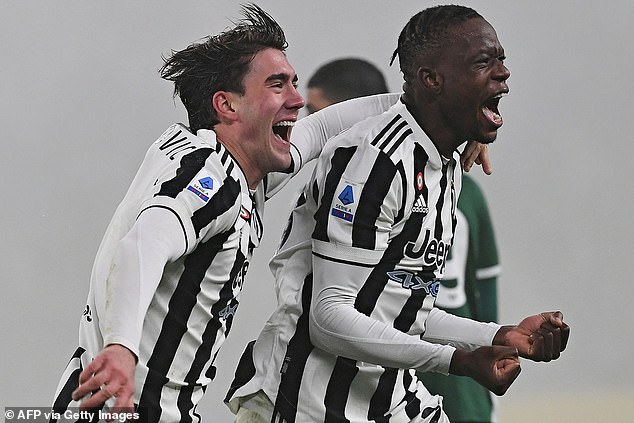 Dusan Vlahovic and Denis Zakaria scored on their Juventus debut on Sunday night.

Things got even better for Massimiliano Allegri’s side after the break when Zakaria, arriving on deadline day, raced forward from midfield to nail a shot into the bottom corner.

“The most important thing is to score goals, but I also want to improve in every way and help the team,” Vlahovic told DAZN.

‘Allegri didn’t ask me to do anything in particular, he just said to keep calm and don’t get anxious, everything would be fine.’

Juventus moved two points above Atalanta to fourth on 45 points, eight behind leaders Inter Milan, while Verona is ninth on 33 points. 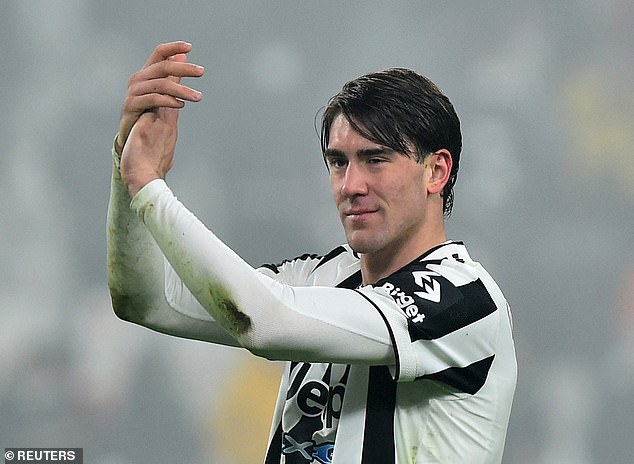 The Serb signed for Juventus in the January transfer window in a deal worth up to £67m. 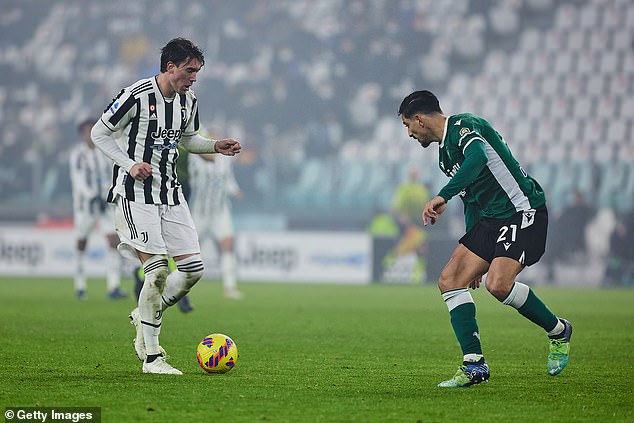 Vlahovic’s physique was a constant thorn in the Verona defense on Sunday night.

Allegri’s side are unbeaten in 10 league games and Vlahovic’s arrival has sparked debate over whether they can get back into the title race this season.

Juve always aim for the highest goals. When every competition starts, Juve aim to win it,” Vlahovic said.

“That’s why I’m here, to help and give my contribution. We will go game by game and at the end of the season we will see where we are”.

The anticipation for Vlahovic’s debut was palpable at the Allianz Stadium. 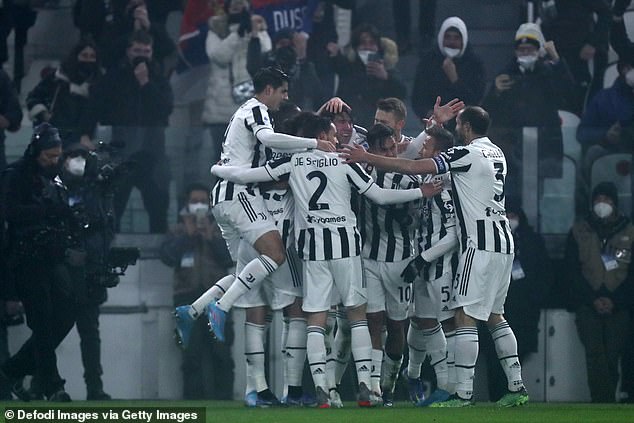 With the victory over Verona, Juventus climbed to fourth place in the Serie A table

The home crowd did not have to wait long to get their first taste of what the Serb had to offer, as his ferocious shot was deflected by Lorenzo Montipo early on.

Five minutes later, Vlahovic showed his class by running after a pass from Paulo Dybala and directing a perfect lob over Montipo and into the bottom corner.

The Serb’s physique caused problems for the Veronese defense throughout the first half, and he was about to get the second when he deflected a shot that went wide after a cross from Álvaro Morata. 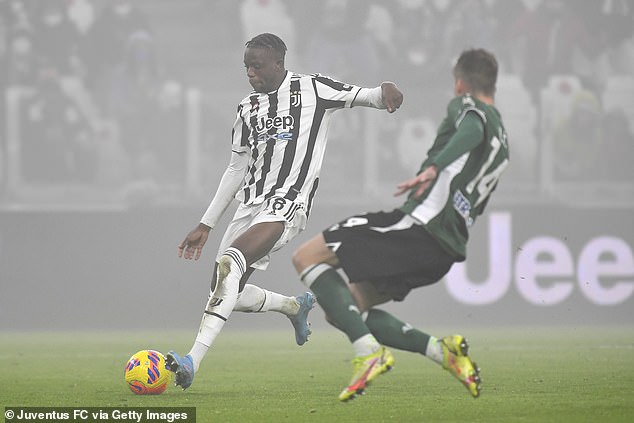 Zakaria made an immediate impact in the Juventus midfield after his arrival in January.

Morata was the architect of Juve’s second in the 61st minute, finishing down the middle of the field and taking advantage of a run by Zakaria, and the Swiss international had a touch before finishing on goal.

The score might have been more comfortable were it not for the heroics of Montipo, who blocked a Dybala effort with his legs and showed great agility to make saves from Adrien Rabiot and efforts from Weston McKennie.