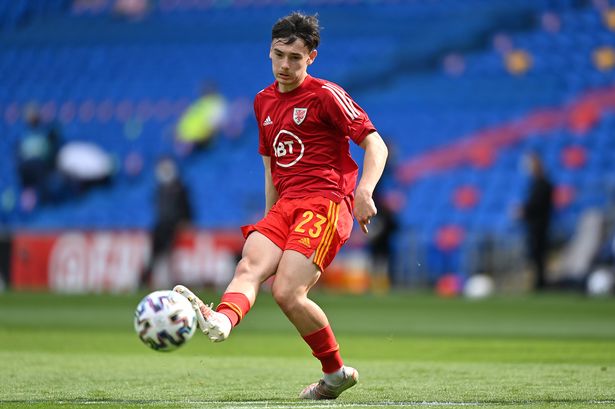 Wales finished as runners-up to Belgium in Group E during their qualifying campaign and are just two matches away from booking a place at the World Cup finals for the first time since 1958 — with it possible that they could face Scotland in a play-off final to secure a spot in Qatar.

Levitt, who already has 10 ten senior caps for Wales to his name, has been in excellent form in the Scottish Premiership this season during his season-long loan spell from Old Trafford.

And Tangerines boss Courts is backing him to creep into Rob Page’s thoughts ahead of next month’s potential double-header if they get past Austria.

Levitt, who has racked up 19 appearances for the Scottish outfit this term, has not played for Wales in more than 12 months, but Courts believes that could soon change.

Courts, as quoted by The Courier, said: “We’ve had a couple of different conversations (with Wales). He’s somebody that they’ve known from a very, very young age. They actually apply a lot of the same principles that we do to young player development.

“They obviously know him inside out. They trust him, they rate him. I think they’re actually almost going through a bit of a transitional period as well where people like Dylan, if he takes the opportunity, are going to become mainstays in the team.

“As much as they will be committed to the team journey there will also be a lot of individual performances and Dylan’s will be one of them. I know within the Wales set-up they have high hopes and regards for him. We want to give him a platform to achieve that.

“Dylan is a really important player for us. When he joined us at the St Johnstone game, earlier in the season, he was a real enabler for the way we wanted to play.

“When we lost him for that period it did lead to a downturn in performances and results. That was for a variety of reasons. When Dylan is playing it definitely improves our performance levels and our results.”

Meanwhile, Levitt — who has made one senior appearance for United, back in 2019 — is out-of-contract at Old Trafford in the summer and Courts have admitted that discussions have been had about his long-term future.

“We as a club are in regular communication with Manchester United about his development and his future,” added the Dundee United boss.

“We are also talking to his representatives. I tend to find that with younger players, particularly at this stage of the season, it is all about playing and facilitating their development.

“He has developed as a person and player here. Even playing in Scottish football and playing over the winter, where you have to manage the games and pitches differently.

“That was a challenge but he has definitely grown again and I can see him being a big player for the rest of the season.”