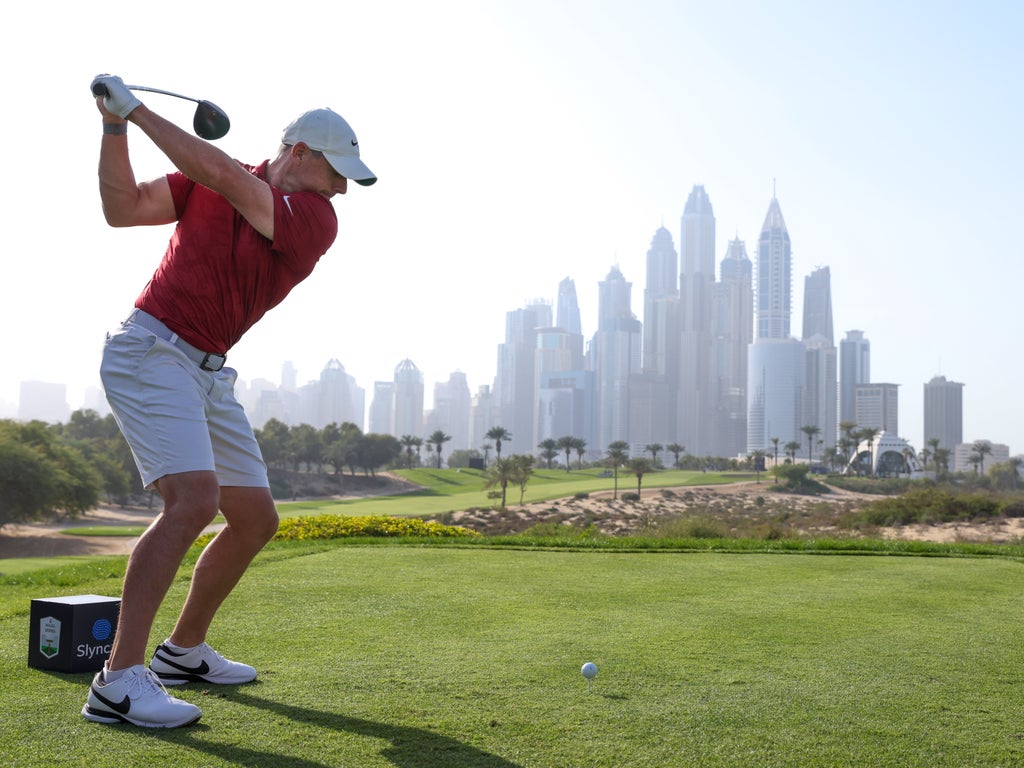 The tears that welled up by the 18th green at Whistling Straits spoke of Rory McIlroy’s pent-up frustration, relief and a reckoning. The hard work of the European Ryder Cup might have been pushed to the back of players’ minds, overshadowed by the pursuit of prize money and ranking points. But the legacy of that lopsided loss in September was not just the dominance of a record-breaking American team, but the reality of how a new generation has established itself at the forefront.

Although McIlroy led Europe in singles, after an empty week in which his quality and confidence deserted him, there is no doubt that it is Jon Rahm who is now hailed as the reigning force, not just on this side of the Atlantic but the other. side. the world. And while Dustin Johnson might have become the first American to go 5-0 in a Ryder Cup since 1979, there can also be little argument that Collin Morikawa is the player poised to duel Rahm atop the league tables for the next decade. “I think the players are getting better and better,” McIlroy told the BBC this week. “When I last won in 2014, I had never heard of Collin Morikawa, I had never heard of Jon Rahm.

Of course, it goes without saying that McIlroy is not yesterday’s man. What he might define as a poor year, winning the Wells Fargo Championship and the CJ Cup, stretches beyond the wildest imagination of most Tour professionals. But at the same time, it’s impossible not to acknowledge that the longer his barren streak in the majors continues — now seven years old — the more it feels like time is slipping away; that the canyon between him and his successors is widening little by little every day. Phil Mickelson’s unprecedented victory at the PGA Championship was the best evidence that age in golf is far from a guillotine for ambition, but anomalies cannot stop the sands of time from changing.

And so this week, as the renowned DP World Tour desert swing makes its second stop, McIlroy arrives at the Dubai Desert Classic not under pressure, but with renewed momentum. Last week at the HSBC Championship in Abu Dhabi, after overcoming gusty winds to make the cut, he jumped into contention before stopping in the final stretch as Thomas Pieters held on for victory. It was something of a family story, but it remained heartening, as did the 32-year-old’s acknowledgment that he would stop seeking to emulate Bryson DeChambeau’s warp speed and instead focus on accuracy.

For Morikawa, the desire to increase power has never had to be the priority. He has a chance of overtaking Rahm as world No. 1 if he can win this week, though four consecutive rounds in the seventies left him behind on the field in Abu Dhabi, with the American’s usually exquisite iron play totally out of sync. “My game just didn’t feel right,” he said. “I didn’t know where the ball was going. So I had to find out. [Monday] it was much needed. I spent the whole afternoon working. It was probably the hardest and longest thing I’ve worked in a long time, before the tournament. But it’s good. Sometimes you need to have that kind of reset button and dig in.”

However, it was a bit refreshing to see the best players in the world battle it out. In California, Jon Rahm was heard berating La Quinta Country Club’s bland layout and deriding the tournament as a “putting contest” after Hudson Swafford won with a score of 23 under par. Given the opportunity to curb his comment on Monday, the Spaniard doubled down. “The video is pretty self explanatory,” Rahm said. “I mean, we’re the PGA Tour, we’re the best golfers on the planet, and we’re playing on a course where losing the fairway means absolutely nothing.”

On the other side of the world, despite being on the wrong side of a more difficult test, Morikawa was inclined to agree. “It’s fun to shoot 34-under sometimes, but if I had to do it every week, I’d get a little tired,” he said. “You need a balance.”

There is some irony there. The two golf talismans heading into 2022 are wondering if there is a danger of things getting too easy. For McIlroy, it’s another new beginning in a cycle of catching up at a time when he felt that way.