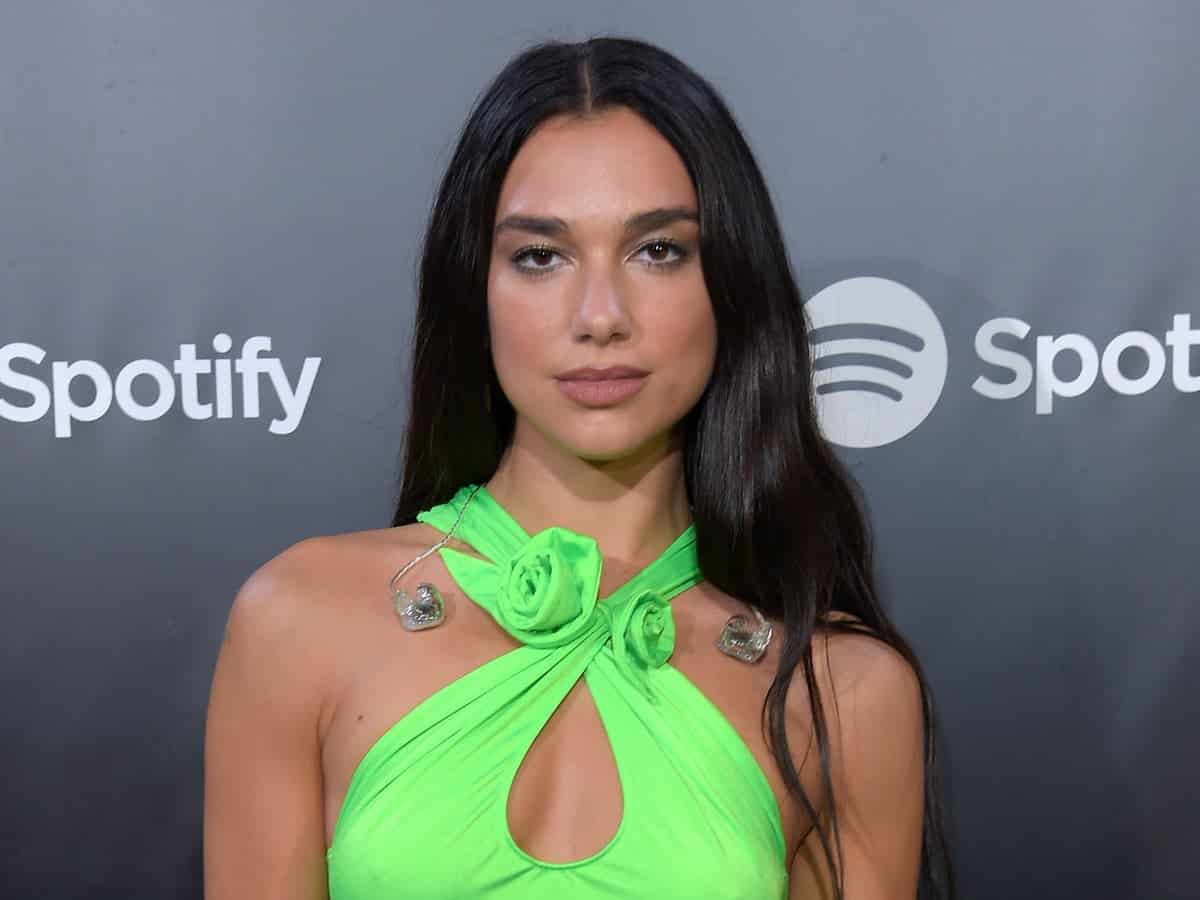 On Tuesday, the 26-year-old singer shared a series of images of herself posing in a sheer lace dress on Instagram and Twitter. The outfit, which consisted of pieces from Bottega Veneta’s fall 2022 runway, according to Harper’s Bazaarincluded a sheer lacy slip dress with spaghetti straps and ruffled details in a light lavender colour, which appeared nearly white, and which the singer paired with matching full-length gloves, dark sunglasses and metallic boots.

In the caption, Lipa appeared to suggest she wore the outfit for someone’s big day, writing: “wedding season” with two bow emojis, with PopSugar reporting the singer attending her friend Olive Uniacke’s wedding over the weekend.

On social media, some fans have since questioned the appropriateness of the Levitating singer’s outfit choice, with many claiming it is too close to white, and as such, should have been off-limits.

“Rare L from my Queen,” one person wrote on Twitter. “If it’s your wedding, you should put a stop to it now. If it’s not your wedding, why [the f**k] are you wearing white.”

“Bestie who told you it was right to wear white to a wedding,” another person questioned.

A third person on Instagram wrote: “White dress [at] not her wedding? That’s cringe and low self-esteem.”

However, other fans came to Lipa’s defence, with some noting that the dress is actually “lavender” or “lilac” colored rather than white, and is therefore appropriate.

Fans also praised Lipa’s style in general, as they noted how “gorgeous” she looked in the dress.

“Soooo BEAUTIFUL,” one fan tweeted, while another added: “Imagine this is your wedding and Dua shows up in this, I’d give her my ring.”

“She is the main character,” someone else tweeted.

The singer’s post came hours before she walked the runway at Balenciaga’s fashion show in Paris, France, where Demna Gvasalia, the creative director of Balenciaga, released his second couture collection for the luxury brand.

During the fashion show, the onekiss singer modeled a bright yellow one-shoulder dress and black full-length gloves. The side of the outfit also had a long train attached, which was wrapped around her waist.

On social media, Lipa and her fellow runway models were praised by fans, with many describing the women as “iconic”.

The model’s outfit choice also sparks mixed reactions on social media, with many fans questioning if the outfit was appropriate and accusing Jenner of trying to upstage the bride.

According to wedding website The Knot, guests should aim to follow the event’s dress code if specified by the bride and groom. Along with being discouraged from wearing white, women are encouraged to dress “in a floor-length evening gown or an elegant dress” if the dress code is black-tie.