Skip to content
Home News Drunk driver smashes into lorry at 84mph after seven pints with son, 3, in car 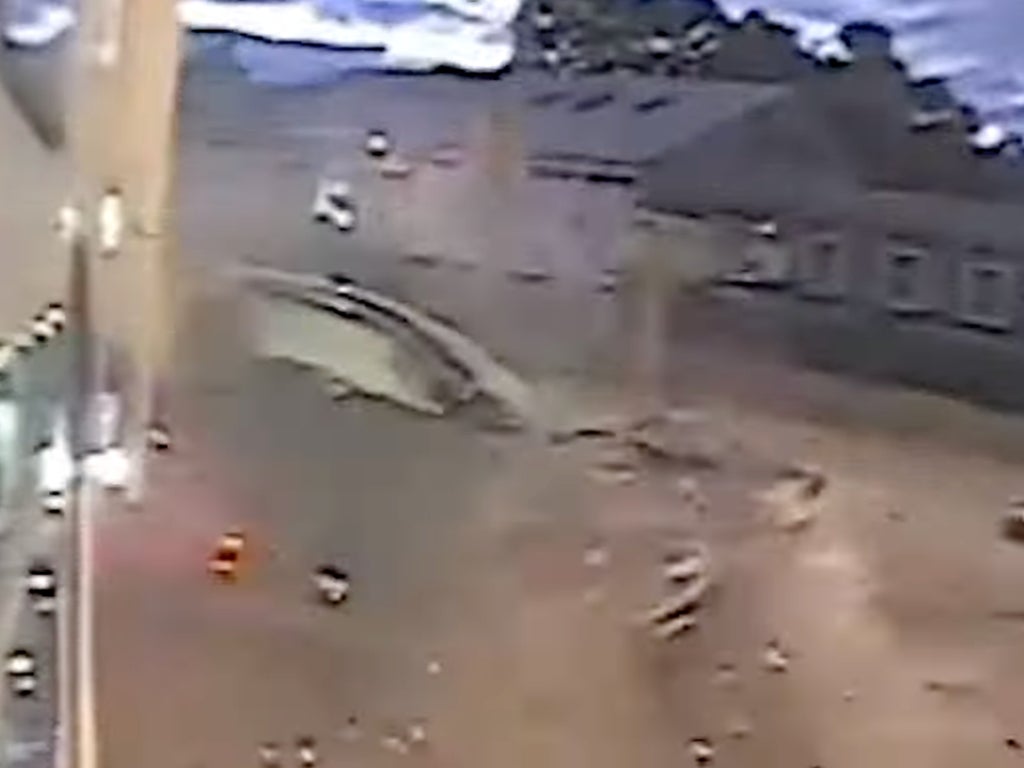 This is the horrifying moment a drunk driver smashes into a lorry at 84mph after drinking seven pints during a six-hour pub trip.

Declan Webster, 32, had his three-year-old son and partner in the car as he raced his brothers Robert and Michael Bower through the streets of Chesterfield, Derby.

CCTV footage showed Webster’s Toyota Corolla racing along a road at high speeds before he hurtled into the side of a HGV at a roundabout at around 9.30pm on 8 August 2020.

Despite the severity of the collision, no one was injured. The drivers all fled the scene but were later arrested and charged with dangerous driving, which they pleaded guilty to at Derby Crown Court.

The court heard the trio had spent several hours in a beer garden drinking together before driving off to race each other.

On Wednesday, Webster was jailed for 16 months while Robert Bower, 33, and Michael Bower, 28, were sentenced to 14 months and 12 months respectively.

Webster was also banned from the roads for three years while both his brothers were disqualified from driving for six months.

Sentencing, Judge Robert Egbuna told them: “I cannot think of a worse piece of dangerous driving. It is sheer luck that no one died.

“It really is captured when you in your interview said you thought a death would arise out of the driving.

“That reflects Mr Webster’s account – he feels fortunate to have his family and are alive.

“On that day at the Red Lion pub CCTV shows that a significant amount of alcohol was consumed – you left that pub and all three of you were racing.

“You were in powerful vehicles – Michael Bower you overtook your brother on a single carriageway.”

Judge Egbuna said Webster’s Corolla came “from nowhere” and “virtually disintegrated” as it smashed into the side of the lorry.

He added: “In that vehicle was your three-year-old child with his mother – how they managed to survive is a miracle. Road users were lucky to survive

“What you do afterwards with assistance of the Bowers is to leave the scene. The purpose of leaving the scene it is quite clear is you do not want to be apprehended because your level of alcohol would be available to the court.”

The court heard that the trio had been at a pub for six hours before the crash – with Webster drinking seven pints, Robert Bower, six, and Michael four-and-a-half.

As the trio raced in convoy along Brimington Road North – which has a 30mph limit – Webster’s speed was clocked at an average of 81mph.

The court heard Webster’s son was seen “bleeding from his nose and mouth” by one of the Bower brothers moments after the crash.

Representing himself, Webster, who appeared via video link from HMP Leicester, told the judge: “That was a very shocking, an eye-opening night for me two years ago.

“I’m very grateful that my family came out alive – I’ve lost my partner but I’ve still got access to my son.

“I’m just grateful that I didn’t kill my family or anyone else – it was foolish, reckless and dangerous.”

PC Stu Smith, from Derbyshire Police’s Roads Policing Unit, said after the case: “It is pure luck that no one was seriously hurt, or killed, in this incident.

“All three men behaved extremely recklessly, putting their own lives and the lives of others at risk.

“Declan Webster’s apparent disregard for the safety of his young son and partner, who were passengers in his car is particularly shocking.”

Have you got a story you would like us to report on? Contact us by clicking here