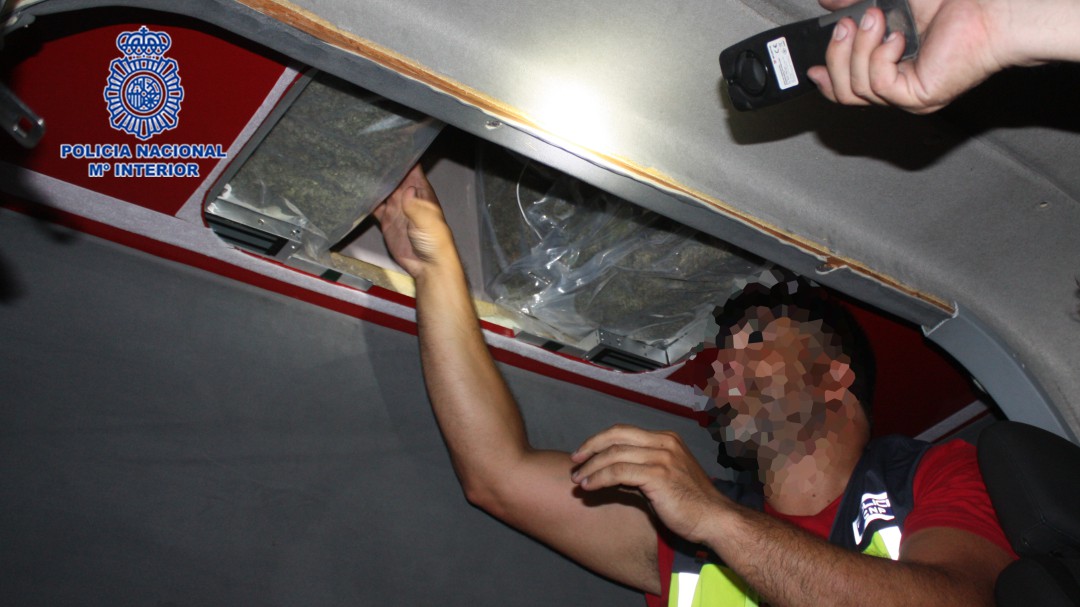 Agents of the National Police have dismantled a criminal organization, composed mainly of people originating from Eastern Europe, based in the Murcia region. An organization that was dedicated to the acquisition of large quantities of buds of marijuana, to export it to countries in the north and east of the European continent.

An investigation started last July when a police crew, while carrying out their prevention work, discovered that inside a truck, hidden in a cove, they were trying to transfer more than 100 kilos of marijuana buds.

The Organized Crime and Drugs Unit (UDYCO), of the Higher Police Headquarters of the Region of Murcia, then began an investigation to determine the magnitude of the organization dedicated to the export of marijuana buds to northern and eastern European countries. .

After the discovery of the truck with the 100 kilos of marijuana buds, the investigators have managed to stop another three shipments of said marijuana way, in the months of September, October and November. On these occasions the shipments were attempted to be carried out in tourism-type vehicles. In the first of the shipments intercepted by the agents, two people were arrested, and 41 kilos of marijuana buds, a frequency inhibitor and almost 140,000 euros were intervened. The two arrested after being brought to justice, entered prison.

Two other drug shipments have been prevented by the Murcia UDYCO agents, when they carried 12 kilos of vacuum-packed buds in each shipment. In addition, one of these transports also involved more than 34,000 euros in cash.

See also  Asma Khan: 'As an immigrant, I want everyone to know you cannot eat my food if you don't also take me'

The National Police investigators, after the last of the intercepted shipments, had already found out enough about the structure of the criminal organization, for which a device was developed in which eleven searches were carried out simultaneously.

It was an operation directed by agents specialized in the fight against drug trafficking of the National Police in which a large number of police officers have participated, surprisingly breaking into a total of eleven buildings in different parts of the Murcia region. The records have been carried out specifically in: Lorca, Cieza, Beniaján, Espinardo, Cabezo de Torres, Abarán and the Cueva de Monteagudo.

In the last blow to the organization, several marijuana plantations were detected in the properties registered by the agents that were dismantled, proceeding to the arrest of 19 people, and seizing all the equipment of transformers, lights, air conditioners, etc. installed for the cultivation of drugs, 6 tourism-type vehicles, about 40,000 euros of cash, more than two and a half kilos of marijuana buds, 300 plants and various amounts of varieties of narcotic substances.

Finally, the detainees have been placed at the disposal of the judicial authority, which has decreed the imprisonment of five of those arrested as the most responsible for the criminal organization.