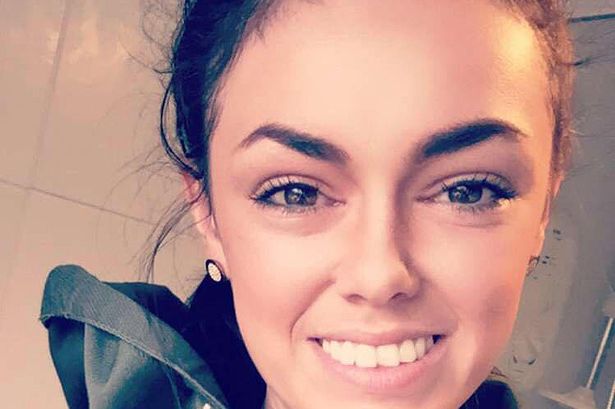 A woman who rammed a traffic island, drove for 100 yards along a pavement outside a college, slammed into bollards, and caused a dog walker to leap for her life, before ploughing a silver Mercedes into a fence and an electricity sub-station, has been spared jail after a court heard she was suffering from a diabetic attack.

Jenna Oberg, 30, was told by a sheriff that she could have killed someone – and should have stopped driving as soon as she felt the signs of the diabetic incident coming on.

Prosecutor Sean Iles said the first report of problems came in Falkirk when other drivers thought they saw the ML300 Sport CDI Blue-Cy A run a red light.

Two witnesses followed the car and saw it was being driven “erratically”.

Outside Forth Valley College on Grangemouth Road, the vehicle mounted the pavement on the left and traveled along it for “approximately 100 yards” before swerving back onto the road.

Mr Iles said that fortunately there was no-one on the pavement at the time, but the witnesses then saw the car “straddling” the middle of the road before colliding with a traffic island, where upon they called police.

Oberg drove off again, heading for Grangemouth, approaching another car “at speed from behind” near Falkirk Stadium. The driver of the other car pulled in briefly to let it pass, but then saw it swerve onto the middle of the road again and strike traffic bollards.

A woman walking her dog on the pavement on the A904 Earls Road, Grangemouth said she had to “jump out of the way of the vehicle and pull her dog with her”.

Oberg continued on the A904 along Bo’ness Road, Grangemouth where she then “drove directly into metal fencing” on the left hand side of the road.

Mr Iles said Oberg was then seen to “stumble out of the driver’s side” of the car and walk towards the nearby Asda supermarket, where she was arrested.

She tested zero for alcohol or drugs, but it was discovered that she was suffering from a diabetic incident.

The total cost of damage to the Mercedes, which was Oberg’s mother’s, and to the Scottish Power box which was behind the metal fence and was also damaged, was estimated at £13,000.

“Extensive damage” to the Mercedes included one of the front wheels being “totally removed from the axle” by the impact.

Defense agent John Mulholland said: “She became aware during the course of the driving that she was having some sort of diabetic incident.

“She accepts that the minute she was aware there was something wrong, she should have stopped.

“She accepts that disqualification is inevitable and she’s in a position to pay a monetary penalty.”

Sheriff Derek Livingston banned Oberg from driving for 18 months, and fined her £520.

He said: “I accept that your driving was affected by the diabetic incident, but there’s no doubt you should have stopped as soon as you felt something coming on.