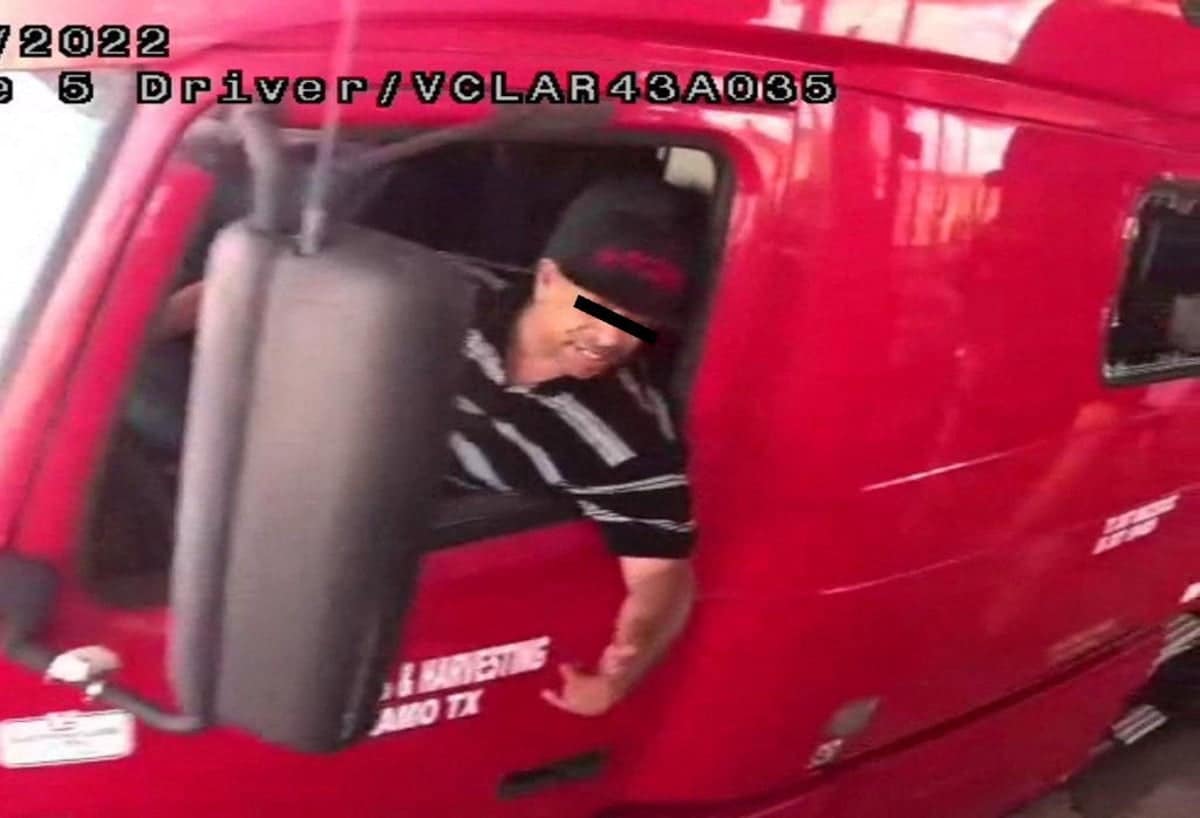 Homero Zamorano, the man charged with driving the abandoned Texas semi-truck in which 53 migrants died, was high on methamphetamine when he was arrested, according to US Representative Henry Cuellar, whose district includes San Antonio.

The Texas Democrat told Reuters he was briefed on the information by Customs and Border Patrol, who said added that the migrants were likely picked up in the truck at a US-based “stash house” before being abandoned in San Antonio on Monday evening.

That would match with accounts from Mr Zamorano’s family, who say he struggled with drug use and resorted to criminality to fund his habit.

“His life is really separate from ours,” Zamarano’s brother-in-law told The Texas Tribune. “I have no idea how I got involved in that. He would get lost for years and would come around occasionally. He basically raised himself.”

Mr Zamorano, 45, was arrested on Wednesday and charged with an undocumented migrant smuggling resulting in death. He appeared in federal court for an arraignment on Thursday afternoon, and could face life in prison or the death penalty.

According to prosecutors, the 45-year-old from Brownsville, Texas, matches surveillance images of the driver of the abandoned trailer, which passed through a Border Patrol checkpoint in Laredo on Monday without being inspected.

He was reportedly found at the scene of the trailer hiding in the brush and pretending to be one of the victims. An unnamed law enforcement official said he appeared to be under the influence of drugs.

“He’s always had an issue, a problem with drugs,” his sister, Tomasita Medina, told Los Angeles Times. “He’s always in and out of our lives because of that.”

She said Mr Zamorano, who goes by “Homer,” was the oldest of three children, in a family that moved between Brownsville, South Florida, and Houston.

At age 14, she said, Mr Zamorano began taking drugs and dropped them out of school, and since then, he would engage in crimes to fund his drug use.

“Maybe they offered him drugs or money for drugs,” she added in the Times. “Otherwise, I don’t think he would have done it…It’s hard because we do come from a family of immigrants. My dad was born in Mexico, he was raised in Mexico.”

According to Texas prison records, Mr Zamorano was previously in prison in 2016 and 2017 for jumping bail and missing a court appearance, and served a three-year sentence for a residential burglary in 2000.

Three others have been charged in connection with the smuggling catastrophe, the deadliest of its kind in US history.

Christian Martinez, 28, was arrested on Tuesday, and officials say phone records indicate he was in contact with Mr Zamorano about the smuggling scheme.

On Monday, Juan Claudio D’Luna-Mendez, 23, and Juan Francisco D’Luna-Bilbao, 48, were arrested on weapons charges, after authorities linked their address to the registration on the truck used in human trafficking.

Officials say guns were found in Mr D’Luna-Bilbao’s truck, and at the residence itself, a crime because both men were in the country illegally after overstaying US tourist visas from Mexico.