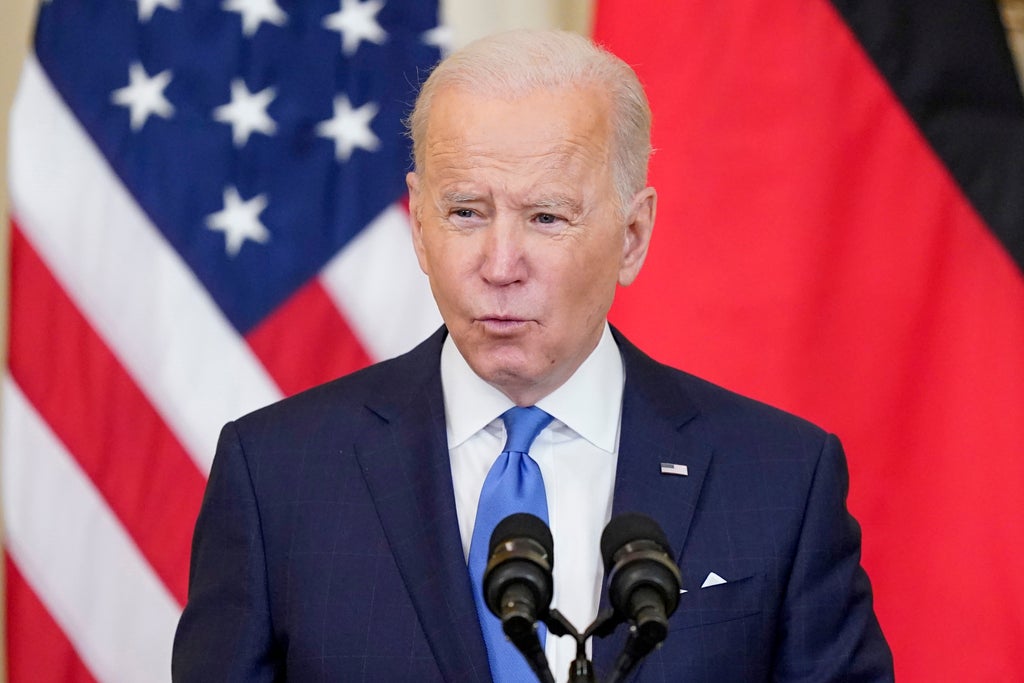 Nearly 40 Republicans are demanding that Joe Biden receive cognitive testing and have his results shared with the public, writing in a letter to the president “we are worried about your cognitive and mental abilities”.

“We believe that, regardless of gender, age, or political party, all Presidents should follow the example set by former President Trump to document and demonstrate sound mental abilities,” 38 GOP members of Congress wrote Mr Biden on Tuesday.

The president had his last physical in November, and was deemed “fit to successfully execute the duties of the Presidency” by the White House physician,” though it’s unclear if this assessment included mental testing.

The Independent you have reached out to the White House for comment.

“Is this man cognitively fit to be president?” Mr Jackson said in an interview on Fox News. “Whenever the president had his physical done, I did a cognitive test on him. President Trump was the first president to ever have one done, and that was because the far-left, and the liberal media demanded it. They were relentless in their pursuit of me and getting a cognitive test as part of that.”

Mr Jackson withdrew his nomination in 2018 to Veterans Affairs secretary, amid allegations of improper conduct while serving as a White House medical official across multiple presidential administrations. A report from the Defense Department inspector general found that Mr Jackson made sexually inappropriate remarks about female colleagues, appeared to drink heavily, and once drunkenly banged on the door of a female subordinate in the middle of the night, saying, “I need you. ” Ronny Jackson has denied the allegations, calling them a “political hit job“Because of his association with President Trump.

in their letter, the Republicans site multiple examples of the president’s supposed cognitive decline, a popular conservative talking point. They include Mr Biden, who once called himself a “gaffe machine”, bungling names and locations on the campaign trail, as well calling a Fox News reporter a “stupid son of ab****” in January on a hot mic.

Commentators and medical professionals alike frequently made armchair diagnoses of Donald Trump when he was in office, including a petition from 60,000 psychologists who declared him unfit for office. A whole book was written about Mr Trump’s mental health about him.

The former president eventually was cognitively tested, and publicly bragged about his supposedly superior mental acuity.

“It’s actually not that easy. But for me, it was easy, ”he said, adding that he submitted to the tests so he could“ shut these people up ”who were questioning his mental function.

In 2020, Mr Trump turned this line of criticism against Joe Biden.

“Joe should take that test because something is going on, and I say this with respect,” Mr Trump said at the time. “I mean, [it’s] going to probably happen to all of us, right? You know, it’s going to happen. But we can’t take a chance of it happening.”

In fact, the American Psychiatric Association explicitly bars its members from commenting on politicians’ mental state from afar because of a 1964 article in fact magazine featuring doctors questioning whether GOP presidential candidate Barry Goldwater was fit for office.