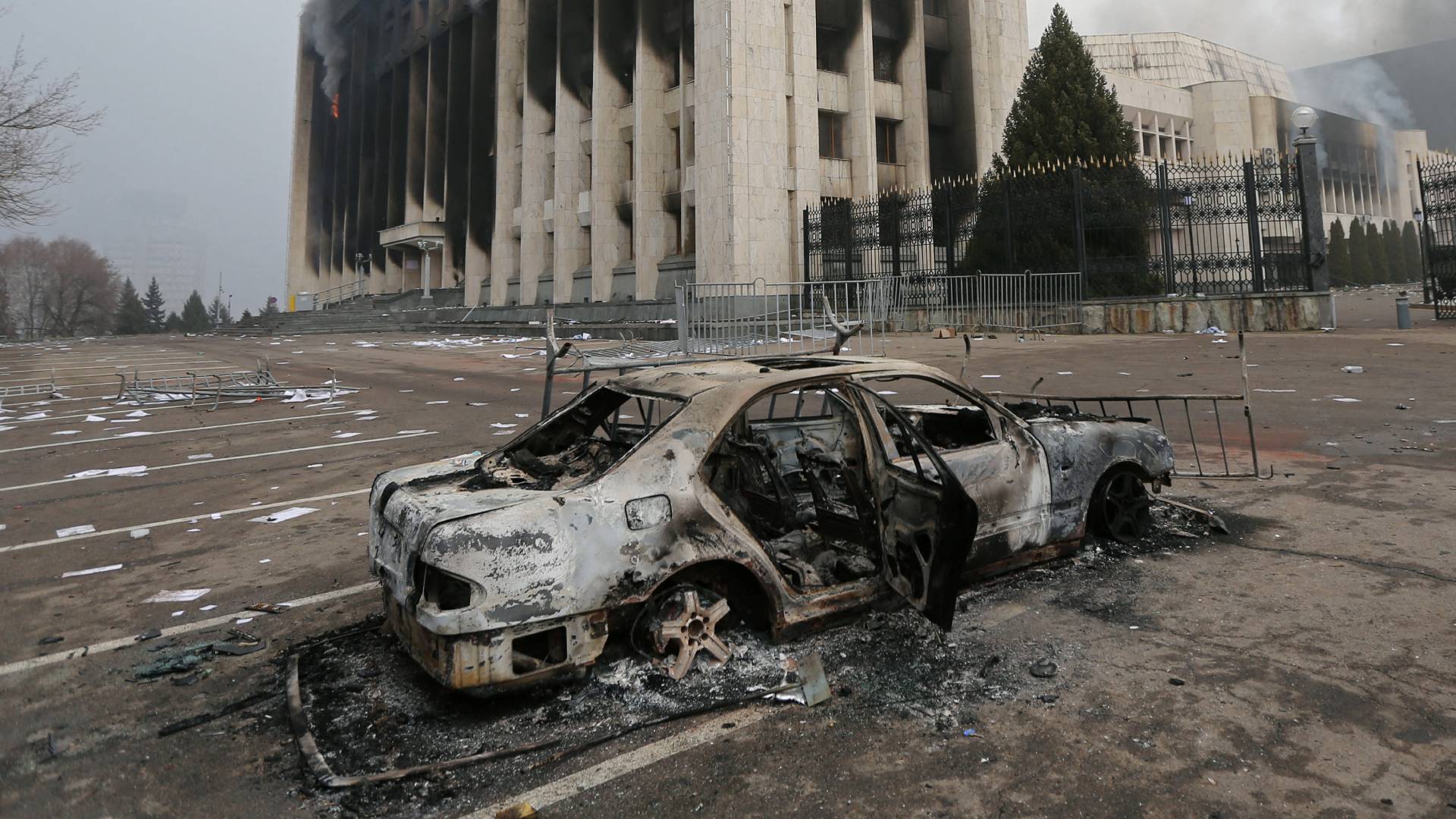 The protests against the Government of Kazakhstan have intensified this Thursday in the city of Almaty, the former Kazakh capital and the largest in the country, and have so far left “dozens” of protesters dead, has confirmed the country’s police in the framework of what it has called an “anti-terrorist operation”, which is added to at least ten other security agents who died this Wednesday.

“Dozens of attackers were killed. We establish their identities, “said the spokeswoman for the city police, Saltanat Azirbek, without specifying the exact number, according to the Interfaz-Kazakhstan agency. The representative has indicated that during the early morning” extremist forces tried to take over various administrative headquarters, the Almaty Police Department, as well as various regional police units. “

On the eve, the authorities reported on the death of at least ten uniformed during the riots to expel the protesters from the Almaty airport, protests that began due to the rise in the price of liquefied gas, the country’s main fuel, and that have led to the resignation of the Government. In addition, a state of emergency has been decreed throughout the country.

According to local media, machine gun bursts are heard in the city and on social media users report that both the police and the military as well as the protesters are armed. “In the area where there are three administrative buildings an anti-terrorist operation is carried out. We urge city residents and guests to avoid leaving their homes, “said Azirbek.

Russia and its allies deploy troops to quell unrest

This Wednesday the President of Kazakhstan, Kasim-Yomart Tokáyev, took office on the Security Council and promised to act firmly in the face of the protest demonstrations that have shaken the country. Later, the president requested help from the Collective Security Treaty Organization (CSTO), a military alliance that brings together six former Soviet republics, including Russia, which has already responded affirmatively to this request.

“In accordance with the decision of the CSTO Collective Security Council approved on January 6, he was sent to Kazakhstan by a limited period of time a peace contingent (…) in order to stabilize and normalize the situation “, reported the OTSC, quoted by Interfax.

The main mission of these forces, according to this alliance, will be “the protection of important state and military objectives, support to the agents of the order of Kazakhstan to stabilize the situation and promote their return to the legal framework.”

Rise in the price of liquefied gas

The protests began on January 2 as the price of liquefied natural gas (LNG) rose in the resource-rich western city of Janaozen, before spreading to the main regional city of Aktau on the Caspian Sea. Faced with the citizen response, the Government has promised to lower fuel prices, But this news for the moment has not had an impact on the magnitude of the protests.

Hours before, the Kazakh leader has asked his compatriots “not to be carried away” by appeals from people who want “dynamite stability” in the largest country in Central Asia and “break the unity” of the people. He has also promised to study the social and economic demands expressed by the participants during a government meeting this Wednesday.