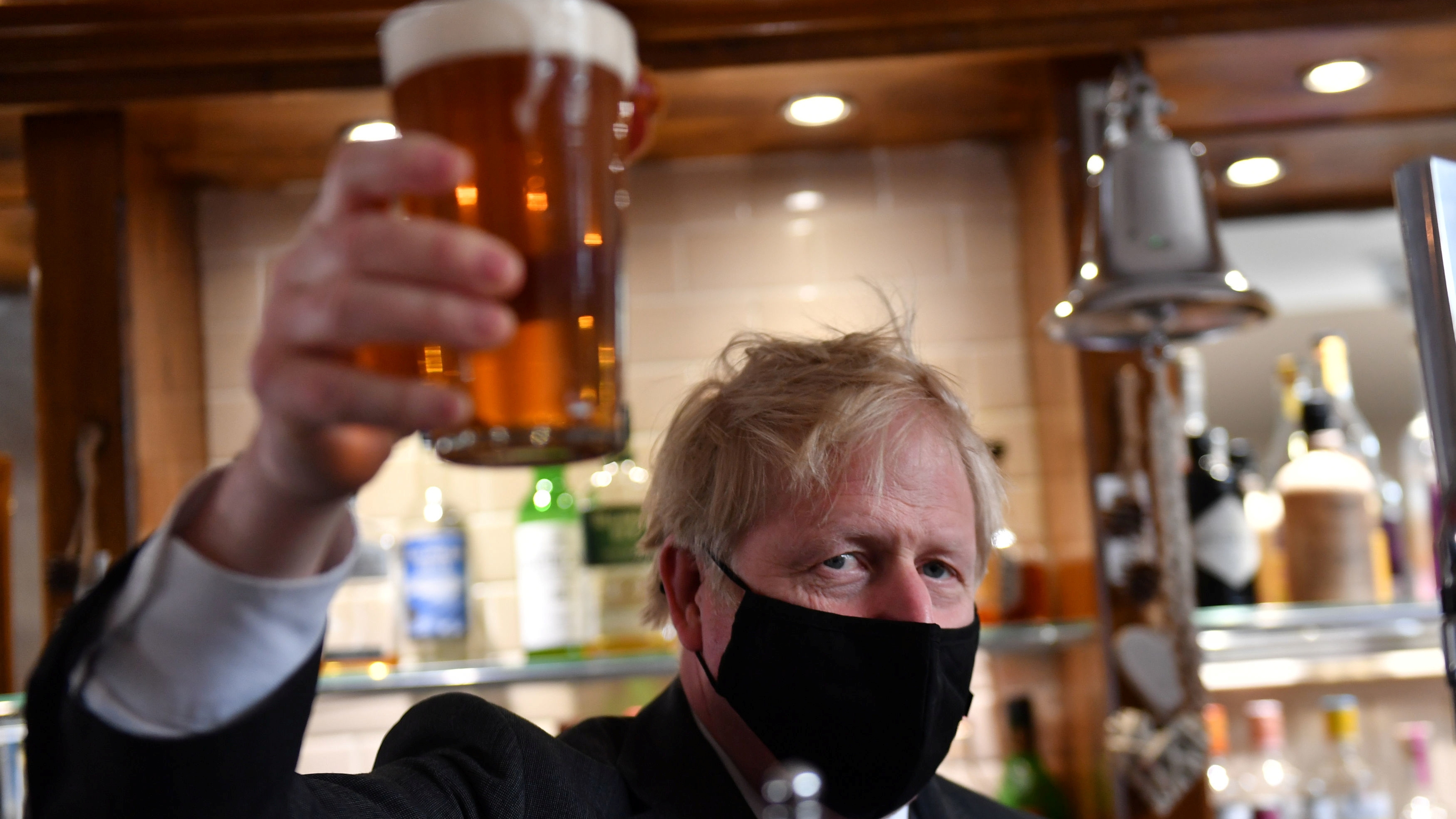 Rarely is the first to raise the dagger to power, but the fact that it is being done by the Chancellor of the Exchequer, the most powerful post in the British Government after Prime Minister, suggests that Boris Johnson is approaching his Ides of March. Rishi Sunak, with apparent candor, publicly questioned the behavior of his boss last Thursday, when asked about the alleged slander that Johnson launched earlier in the week against the opposition chief. Sunak was joined on Friday by Health Minister Sajid Javid, who praised Keir Starmer.

The prime minister had accused Starmer of having avoided investigating pedophile Jimmy Savile during his time as State Attorney General. To understand the seriousness of the low blow, it is necessary to remember the national shock and pain caused by the news that the popular presenter of BBC music programs had sexually abused at least 500 minors and women. Several Conservative MPs have made the decision to openly call for Johnson’s resignation after the Prime Minister refused to rectify his words. When he finally did, last Thursday, his explanation was more of an excuse to justify himself than a full-blown pardon of his political rival. “I understand that he had nothing to do personally with the decision (…) I was referring to his responsibility at the head of the organization,” Johnson tried to clarify.

His reluctance to back down properly caused Munira Mirza, Downing Street’s chief political strategist and loyal adviser to Johnson for 14 years, to jump ship after sending Johnson a devastating letter of resignation. “You are a much better man than many of your detractors will ever understand, and that is why it is so desperately sad that you have lowered yourself by making such an outrageous accusation against the opposition leader,” explained Mirza, frustrated that her boss and friend would not have heeded his request to apologize as appropriate.

But the two most worrying political blows for Johnson were dealt to him by two of the ministers who aspire to succeed him and take his place. “To be honest, I would never have said that, and I am glad that the prime minister has clarified his words,” Sunak had said. Shortly after, the Minister of Health, Sajid Javid, publicly praised Labor Starmer’s record: “When he led the Office of the Prosecutor he did a good job, and he deserves all our respect. It is a very hard job, it deserves absolute respect. And that is why the prime minister has come out to clarify his words, ”said Javid on SkyNews. Based on the conspiracy codes that have been reactivated in recent weeks in Westminster and Whitehall (as Parliament and the area where British Government departments are concentrated are known), much more important than the praise for Johnson’s clarifications it is the fact that two of his ministers with the greatest political weight have publicly distanced themselves from their unfortunate attack on the leader of the opposition.

The impossibility of definitively closing the investigation into the parties at the beginning of the week has caused a continuous trickle of leaks that undermines Johnson’s credibility. The report by civil servant Sue Gray, despite her devastating condemnation of “leadership failures”, “breach of ethical standards” and “excessive alcohol consumption” in Downing Street, could not elaborate on the 16 reported events. Twelve of them are still under investigation by Scotland Yard, and the police demanded that Gray not reveal details that could compromise the investigation. The DailyMirror ensures in its this Saturday’s edition that in at least one of the almost 300 photos that have come into the hands of the agents in charge of the case, Johnson appears with a beer in his hand. It would be the surprise party on June 19, 2020, in full confinement, held at the Cabinet Room Downing Street, the room with the oval table where the full Government meets. It was an event organized by Carrie Symonds, Johnson’s wife, which brought together about 30 people. The photo, according to the tabloid, shows the prime minister with a can of Estrella Damm, the Catalan beer, in his hand. Next to him is Sunak himself, although in his case he limits himself to having a soft drink without alcohol.

More than a dozen Conservative MPs have already publicly announced their decision to send a “letter of withdrawal of confidence” to the historic 1922 Committee, which officially organizes the election process for the leader of the Conservative Party. The number of letters received is kept secret, but if it reaches the magic figure of 54 (15% of the parliamentary group), the internal censure motion would automatically be activated to question Johnson’s leadership.

There are few voices, in the last hours, that defend Johnson without nuances. And some of the ones that do are almost counterproductive to his cause. Nadine Dorries, the Minister of Culture who entered the last government reshuffle, has launched herself to defend her boss in the media with an ardor that has caused her conservative colleagues to blush. Her argument: The whole party scandal is a conspiracy with which supporters of remaining in the EU and opponents of Brexit are trying to reverse that decision.