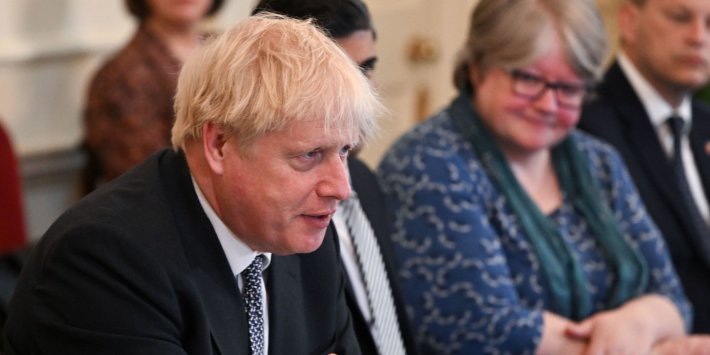 10 Downing Street is in urgent talks about the ongoing Chris Pincher scandal amid growing anger on the Conservative back benches over Boris Johnson’s handling of the disgraced MP.

A government source said there were two competing schools of thought within Number 10 on Tuesday afternoon about how to respond to Tory party fury over the latest revelations that Johnson was aware of specific allegations regarding Pincher before he promoted him.

The first, they told PoliticsHome, was a “batten down the hatches” strategy, in the belief that the under-pressure Prime Minister would be able to “ride it out” over the next few days as the scandal loses steam.

The second is to “be as open as we can,” the government source said, with Johnson publicly acknowledging that he has made mistakes in his handling of the saga, potentially in a sit-down interview.

There is understood to be widespread disquiet in the Cabinet. Work and Pensions Secretary Thérèse Coffey is said to be furious that she spent Sunday morning defending the government only for the line on Pincher to change. There is speculation that ministerial resignations might follow in coming hours or days.

One female minister was said to be in tears this morning as they tried to decide whether or not to resign. “When your response to a scandal creates a scandal you know it’s time to go,” one senior Tory source told PoliticsHome.

The Prime Minister’s spokesperson confirmed on Tuesday morning that Johnson was briefed on a formal complaint about Pincher three years ago when the latter was a foreign office minister.

They had previously claimed that the Prime Minister had not been aware of any specific allegations about Pincher’s conduct before appointing him Deputy Chief Whip earlier this year.

It has prompted widespread allegations that Downing Street has misled MPs, the media and the public over what exactly the Prime Minister knew before giving Pincher a government role.

Pincher resigned from the Whips Office last week after it was revealed that he had groped two men at central London’s Carlton Club. Multiple further reports have since come out regarding inappropriate behavior by the Conservative MP for Tamworth.

The scandal, the latest to rock 10 Downing Street over a tumultuous few months, has exacerbated pre-existing anger among Conservative MPs with Johnson’s leadership, and today turned previously loyal MPs against him.

PoliticsHome understands that several Conservative MPs who up until now had defended the Prime Minister during partygate and over controversies have also signaled that it is time for him to go.

Tory rebels who have wanted to use Johnson for several weeks, and voted against him at last month’s confidence vote, today pointed to Caroline Johnson MP’s question in the House of Commons as a sign that the plates were shifting against the Prime Minister.

Johnson, the MP for Sleaford and North Hykeham, asked Cabinet Office Minister Michael Ellis why Pincher was not sacked in 2019 when a formal complaint against him was upheld.

On Tuesday, former foreign office official Lord McDonald published a letter he had written to the Parliamentary Commissioner for Standards stating that Number 10 had not been “telling the truth” about what the incident involving Pincher as a foreign office minister.