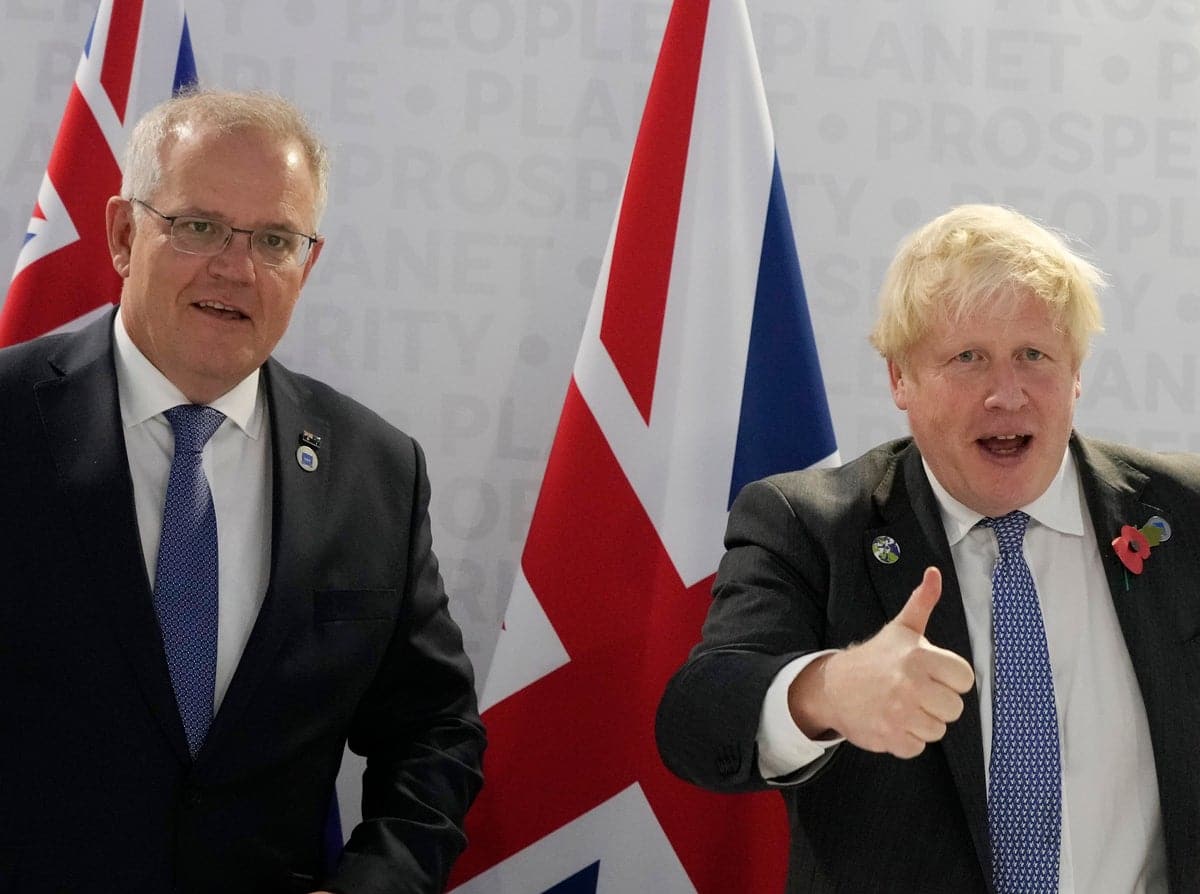 The government should not pretend a new Brexit trade deal with Australia will have “noticeable” benefits for consumers, a cross-party parliamentary committee has warned.

In a landmark report the international trade committee said ministers should be wary of overselling the “modest” gains from the free trade agreement.

MPs said the removal of tariffs from food products would likely only cut prices by a few pence and “will not make any noticeable difference at supermarket tills”.

The government’s own impact assessment predicts a very small economic gain from the agreement of just 0.08 per cent of GDP over a 20 year period.

The international trade committee also warns that the liberalization of the market for Australian goods will open the door to food produced in “ways that would be illegal in the UK” – especially using pesticides banned for British farmers.

This approach will open the door to the possibility of “unfair competition” with UK farmers, they said.

“We are concerned about the potential undermining of voluntary food production standards in the UK as a result of agri-food liberalization under the Agreement. The Government must say what it will do to monitor, and potentially act on, this,” the MPs said.

MPs said that while “we welcome the liberalization of trade in processed food achieved by the Agreement”, they believed that “the gains are likely to be modest”.

“Australia’s existing applied tariffs are low; and, while the UK’s applied tariffs for a few processed food products are significant, their removal from Australian imports will not make any noticeable difference at supermarket tills.”

The committee is expected to question international trade secretary Anne-Marie Trevelyan at a session on Wednesday. It has previously criticized her for ducking previous evidence sessions and not giving it enough time to scrutinize the agreement.

Ms Trevelyan had previously claimed the deal was “a landmark moment in the historic and vital relationship between our two Commonwealth nations”, which demonstrated what the UK could achieve as “an agile, independent sovereign trading nation”.

Angus Brendan MacNeil, the Scottish National Party MP who acts as the committee’s chair, said: “The Government must level with the public – this trade deal will not have the transformative effects Ministers would like to claim.

“The Government’s own impact assessment shows an increase in GDP of just 0.08 per cent as a result of the deal, and the balance of gains and losses varies between economic sectors and nations of the UK.”

He added: “We have also found multiple examples where the Government’s flat-footed negotiating has led to significant concessions being given to the Australians without securing all possible benefits in return.

“For example, the Government has increased access for food produced to lower standards than would be legal in the UK, yet did not secure geographical protections for iconic British goods, such as Melton Mowbray pork pies or Scotch whiskey. This means there is nothing preventing UK goods from being impersonated ‘down under’.

“As the first wholly new trade deal since Brexit, this agreement sets a precedent for the future. It is vital that the Government learns from this experience and negotiates harder next time around to maximize gains and minimize losses for all economic sectors and parts of the UK.”

The government is keen to sign Brexit trade deals around the world to help it make up the damage it has done to UK exports and imports by leaving the European Union’s customs union and single market.

However, it is expected to be virtually impossible to close the gap because of the scale of numbers involved. One assessment published by the UK Trade Policy Observatory at the University of Sussex found that the losses from leaving the EU’s trade regime were likely to be 178 times bigger than the expected benefits of new FTAs.

A DIT spokesperson appeared to disregard the committee’s advice about overselling the deal, and said: “Our landmark trade agreement with Australia will unlock £10.4 billion of additional bilateral trade, support economic growth in every part of the UK and deliver for the 15,300 businesses already exporting goods to Australia.

“We have always said that we will not compromise the UK’s high environmental, animal welfare or food safety standards, and the independent Trade & Agriculture Commission recently concluded that the deal does not undermine the UK’s robust domestic protections.”