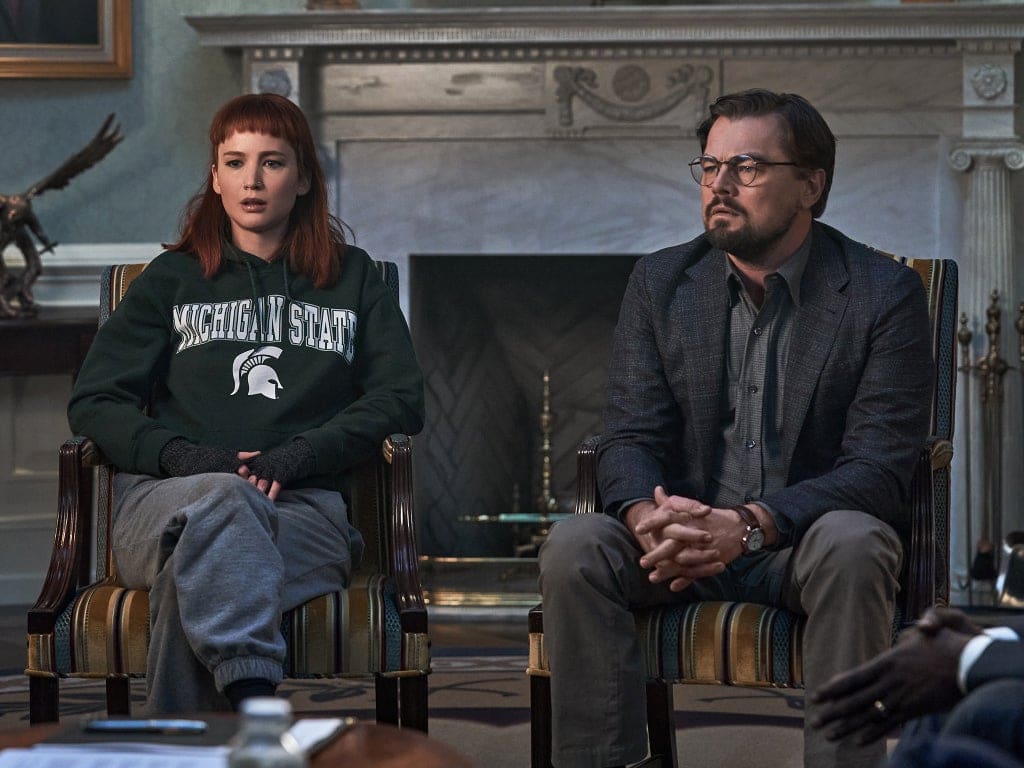 If you saw Don’t Look Up when it was released on Netflix last Christmas, I have some surprising news for you. There is a very good chance that since you last watched the film, director Adam McKay has surreptitiously edited the name “Bob Monkhouse” into his timely satire about hope and despair at the end of the world. The inclusion of a gag by the urbane stand-up genius and British TV icon isn’t the main reason the film deserves to win Best Picture at this Sunday’s Oscars, but it surely has to count in its favour. would Licorice Pizza have been more fun if at some point Cooper Hoffman had turned to the camera and said: “They laughed when I said I was going to be a comedian. They’re not laughing now”? Of course it would.

Monkhouse earned his belated Don’t Look Up credit thanks to another of his perfectly crafted epigrams: “I want to die peacefully in my sleep like my grandfather, not screaming in terror like his passengers.” When the doomsday comedy was unleashed on the world, that apposite line appeared on-screen credited to American author Jack Handey, who promptly wrote to McKay to tell him the joke was n’t one of his. It turns out that in the midst of making a film that’s in part about the spread of mass stupidity through online misinformation and distraction, McKay had made one of the oldest school boy errors on the internet: believing something he read on a quote site. Earlier this month, the director revealed in an interview with the World Economic Forum’s Radio Davos – which sounds like a satirical invention, the sort of elitist podcast that should be interviewing Don’t Look Up‘s softly-spoken tech villain Peter Isherwood – that he’d fixed his blunder by quietly nipping into the back end of Netflix. “The one nice thing with streaming is we were able to just flip it,” said McKay. “Jack Handey was happy, and hopefully the Monkhouse estate is proud.”

If many critics are to be believed, failing to correctly credit the Million Joke Man was far from the only mistake McKay made during the production of Don’t Look Up. Despite a cast stuffed full of A-listers and McKay’s glowing comic CV dotted with the likes of Anchorman, Step Brothers and The Big Short, the film has garnered a measly 55 per cent rating on reviews site Rotten Tomatoes. That’s hardly Best Picture caliber – rivals The Power of the Dog and CODA are sitting pretty on 94 and 95 per cent respectively. rolling stone called Don’t Look Up “a disaster movie in more ways than one”, while in January, this newspaper published a column about why it’s “OK to hate” the film. In the unlikely event that Don’t Look Up does take home the biggest prize on Oscar night, it clearly won’t have been carried there on a wave of critical consensus.

While Don’t Look Up would be a shock Best Picture winner, it would be a wholly deserving one. More than any other nominee, this witty parable – about mankind’s inability to save itself from imminent destruction because a corporation spots an opportunity to make a quick buck – tackles the absurdity of our age head on. For those of us who spend our days reading the news convinced that either the world has lost the plot or we have, watching Jennifer Lawrence’s Kate Dibiasky lose her s*** at the inanity of Tyler Perry and Cate Blanchett’s breezy news hosts didn’t feel smug or self-righteous, as critics often suggested. It felt genuinely cathartic.

In attempting to satirize these strange times, Don’t Look Up may have set itself up for a fall. At the start of the film, efforts to get Meryl Streep’s President Orlean to take the impending catastrophe seriously are derailed by controversy over her Supreme Court nominee, Sheriff Conlon, who it emerges spent the Nineties starring in a softcore porn cable show called Satin Sheet Nights. Pretty silly, right? Well, as I’m writing this, Senator Ted Cruz has just asked real-life Supreme Court nominee Judge Ketanji Brown Jackson whether she believes “babies are racist”. You just can’t out-satire reality these days, but McKay and co-writer David Sirota deserve their prize for trying. Our ability as a culture to turn absolutely everything into a divisive partisan issue is neatly summed up when Dibiasky’s combative parents tell her they’re actually pro-planet-killing meteor, because they’re “for the jobs the comet will provide”.

We need more stories that highlight the madness of our increasingly fragile status quo. In a recent interview with GQ, Francis Ford Coppola described the impact he wants his long-dreamt-of project Megalopolis to have, saying he hoped that it would become annual viewing on New Year’s Day and that afterwards people would sit around and all discuss the same question: “Is the society we live in the only one available to us?” While I’m not quite suggesting we all sit down to watch Don’t Look Up every 1 January, it does have that same impulse beating at the heart of it. A smart allegory for our times, and an all-time great Bob Monkhouse gag – what more could you want from a Best Picture winner than that?

See also  Theater reviews: Scent of Roses | I'm Dissolving My Love In A Bath Of Acid