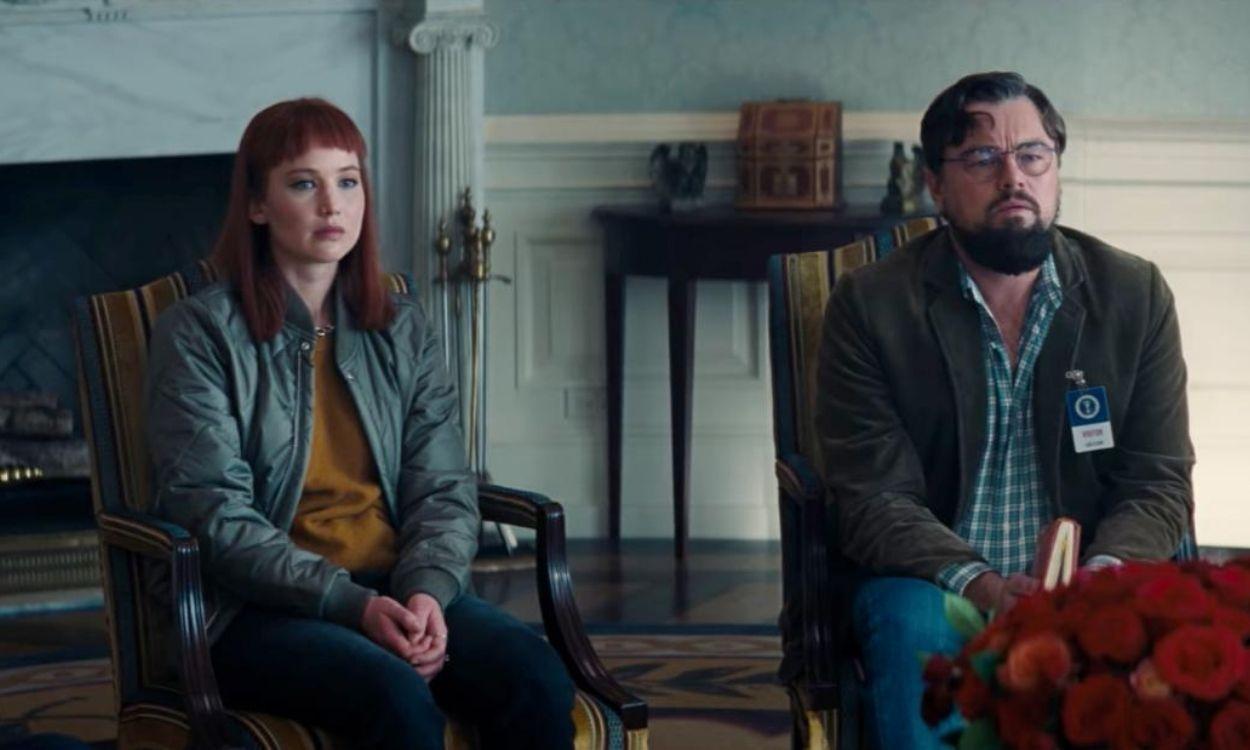 Leonardo DiCaprio, the lead actor of No mires arriba (Don’t look up), On December 29, he published a video on his instagram account to explain the meaning of the film that has triumphed this Christmas around the world. The superstar who plays Dr. R. Mindy sat for three minutes in front of the camera to slowly detail to what extent the message of the fiction directed by Adam Mac Kay is real. It is the same with the climate crisis as with this comet invented by Hollywood: it condemns us to death and, DiCaprio tells us, “it is crucial that we take the necessary measures to protect our planet.”

This short video, which soon went viral, has served to launch a totally unprecedented form of engagement in the entertainment industry: the direct association between Netflix and a participatory platform for citizen climate action called Count on us (Count us in). The main protagonist of Don’t look up, with the rest of the filmmaking team, encourages through the networks that all interested viewers join in 2022 a very real and very active community of citizens committed to the fight against climate collapse.

The portal Don’t look up / count on us It is translated into six languages ​​(including Spanish) and goes beyond a resource of marketing. Netflix has partnered directly with a pre-existing climate action and citizen participation space, launched internationally in 2020, which is defined as a “global aggregator” of the struggles against the climate crisis. The main objective of the website is to gather the support of one billion citizens through 12 concrete changes to reduce carbon emissions and thus “force leaders to act.”

This global campaign is piloted by the Countdown Foundation, created in the United Kingdom and promoted by the American organization TED, to promote international social dynamics related to climate action within the framework of a softpower [poder suave] of globalized influence. The association of the campaign with the film – number 1 in 94 countries in the world – allows a new model of “trapped militancy” to be massively disseminated, in an attempt to maintain a distant but effective supervision of future waves of social mobilizations, which are not going to stop growing the more the climate collapse becomes evident. Adding climate struggles serves, for the moment, not to lose contact with future civil disobediences that could overwhelm the current space of protest.

Among the 12 specific actions promoted by the portal Don’t look up / count on us individual acts are important, but clearly take a back seat. The decline of the “actor consumer” mantra is already a hopeful sign. It shows that the great lesson that the IPCC scientists gave in their last and catastrophic report published in August 2020 has been integrated: “individual changes cannot significantly reduce carbon and greenhouse gas emissions and it is imperative that they be carried out within a change of structures, culture and institutions ”. Thus, long before eating more vegetables or using clean energy, the most important measure promoted by the climate portal is an immediate and massive democratic citizen mobilization, formulated as follows: “Make your politicians accountable.”

It proposes to citizens that they write and individually contact their elected representatives in all their countries to demand action for profound change on carbon emissions, but it does not stop there. The immense novelty and the biggest surprise of this virtual participatory campaign is that the portal advises us all in the military and unite in a very real way with the following action groups: 350.org, Citizens’ Climate Lobby, NRDC, Sunrise Movement, Extinction Rebellion , Fridays for the Future, Climate Action Network International and Climate Justice Alliance.

Among these eight organizations are integrated traditional environmental movements: for example WWF and Greenpeace belong to the international network Climate Action, but in this campaign the two most recent militant groups, born of the great wave of mobilization of 2018, stand out in a very unexpected and striking way: Fridays for Future Y Extinction Rebellion.

Both international organizations, created shortly before the covid-19 pandemic, have already managed to change the narrative and impose the extreme climate emergency on the media and political agenda, calling all sectors of society to direct peaceful civil disobedience to defend the right to life and climate justice. In the case of Extinction Rebellion, the nonpartisan and inclusive movement focuses on three demands: tell the truth about the severity of the climate crisis, act immediately and massively to reduce carbon emissions and ensure climate justice by organizing binding citizen assemblies so that citizens can truly participate. in political decision making. Because radically democratizing climate action “with new institutions and new laws” is, according to IPCC scientists, the main lever for rapid intervention to end decades of political and economic blockade on climate action.

It seems that 2022 begins with a new narrative that promotes an activism of absolute emergency and massive citizen mobilization, and Hollywood seems to finally respond to the desperate calls of the director general of the UN, Antonio Guterres: “I want the whole of society putting pressure on the Governments so that they understand that they must go faster, because we are losing the race, the consequences of natural disasters are increasingly devastating ”.

In Spain, we should have a unique and historic opportunity right now so that the very high awareness of society in the face of the climate crisis can be converted into a real and decisive participation. Between November 2021 and April 2022, a citizen assembly for the climate is held that brings together 100 citizens selected by lottery to learn and deliberate on climate change. But who has heard of the climate citizen assembly that the Ministry of Ecological Transition announced in January 2020 as one of its main measures? Where is the massive media campaign that would allow, as was done in France in 2020, the assembly to fully connect with the rest of the country in a vital debate for future generations?

And the most worrying question, where is the specific decarbonization objective of this assembly? What real power does the citizenry have to truly act within the representative system, as recommended by the Aarrhus Convention since 2005?

Spaniards who want to participate in the campaign can write to their elected representatives to ask them these questions and also unite to demand a real and binding participation of citizens in emergency climate action, a guarantee of climate justice for all.

As the portal says that DiCaprio and Netflix have decided to support: “The fact of addressing politicians and joining action groups shows governments that we need them to create projects, policies, laws and incentives that bring bold changes and fast across the system that we all need. “

What will we do if our politicians do not answer or do not listen or give us the usual false answers? We will only have the question of the president of the United States – who embodies Meryl Streep – in Don’t look up: “I want to know how I am going to die.”