Donny van de Beek was sent on loan to Everton in January as he was not seen in the immediate plans of Manchester United and Ralf Rangnick sought to give him the game time he desired.

Van de Beek was underused by Ole Gunnar Solskjaer and his irritation was clear for every United fan to see at the side of the pitch with every matchday that passed as he received limited minutes.

It was widely reported that the main reason for his omission was his inability to adapt to the pace and physicality of the league since he arrived from Ajax, which meant that he couldn’t be played as a number 10 and certainly couldn’t be played in the pivot.

Many fans had wanted to see what Van der Beek could do in a two-man midfield unit behind the No.10 for United, having grown tired of the (in)famous partnership of Fred and Scott McTominay in midfield under Solskajer and believed the Dutchman would have added a much-needed level of security in possession.

Rangnick’s new look 4-3-3 with Bruno Fernandes and Paul Pogba ahead of the likes of McTominay and Nemanja Matic seems to have solved some of those issues and if that formation were to remain under a new regime, there is a possibility that Van de Beek could slot in next season if any new manager feels he can benefit from including the Dutchman in his plans. 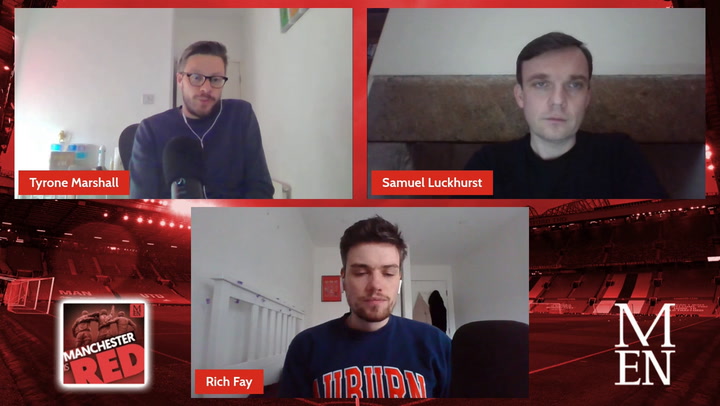 See also  Ayuso clashes with Vox over the case of prostituted minors in Madrid: "They want to twist the pain" | Madrid
The video will auto-play soon8Cancel

Van de Beek’s time at Everton so far has earned him plenty of praise and he is continuing to prove his critics wrong with his performances.

Under Frank Lampard, he has been playing in a midfield three alongside Allan and Abdoulaye Doucoure and this system seems very similar to the trio that provided him with great success during his time at Ajax.

Allan acts as the midfield destroyer in the number six role, stopping attacks and closing down threats to give his midfield the freedom to move without fear of being left exposed at the back, as he would have done in United’s previous system under Solskjaer.

This shows the necessity of a defensive midfielder for United in the summer.

Doucoure plays the box-to-box role, helping out in defense but also helping carry the ball forward when Everton win possession back. This enables the Dutchman to do the things he is good at by picking up positions between the lines to link with the forward players.

But Van de Beek is also demonstrating his ability out of possession and was key to Everton running league leaders Manchester City close on Saturday night, winning possession back and pressing the opposition high to force them into mistakes.

The specter of Bruno Fernandes has loomed large for Van de Beek ever since he joined United but the new setup could present opportunities for him moving forwards, especially if Paul Pogba were to depart this summer.

But finding the right player to sit behind him and allow him to play higher up is pivotal. It’s no state secret but United’s defensive midfielder hunt is integral to their summer business and could improve others in the squad. For whichever manager leads United from the close season onwards, it’s a potential win-win.

Who do you want to be the next permanent manager of Manchester United? Follow our United On My Mind writer Casey Evans on Twitter and get involved in the discussion in the comments section below.