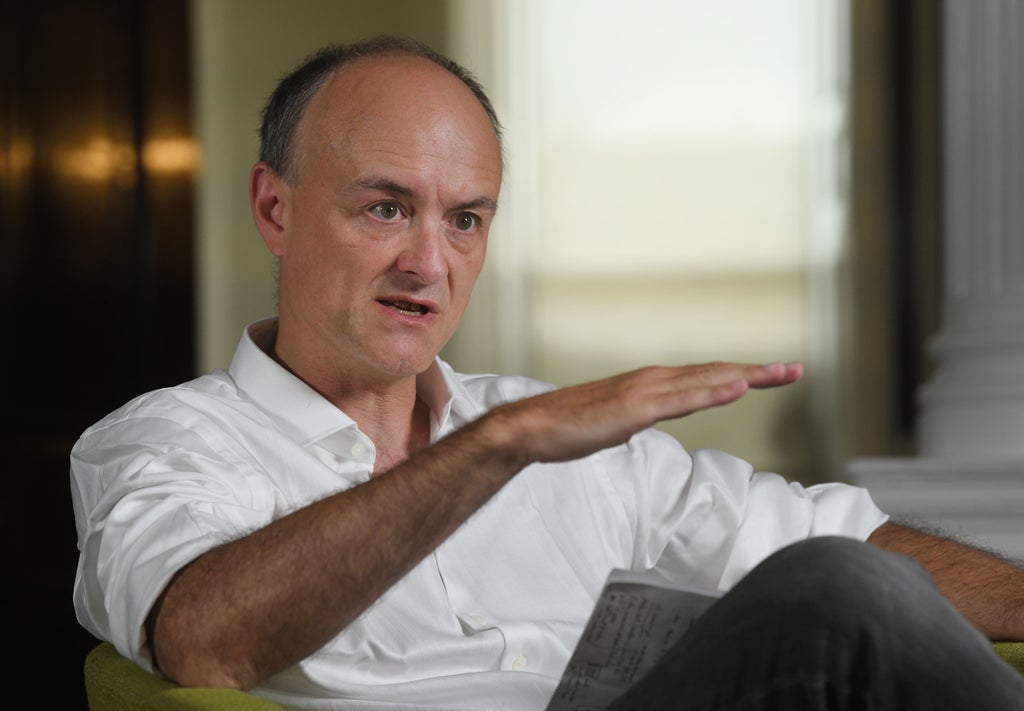 Boris Johnson blamed Dominic Cummings for things as a means of avoiding arguments with his wife, the PM’s former advisor has claimed.

Mr Cummings says he became aware that the prime minister was telling Carrie Johnson he was responsible for things he was not – and that this soured the relationship between the PM’s wife and his chief of staff.

The pair are thought to have been at odds when Mr Cummings worked for the prime minister, with regular negative briefings to Conservative-supporting newspapers presumed to have come from both sides.

“He lied to her about a lot of things and blamed me,” Mr Cummings said.

“A small example, I was told one day ‘Carrie’s enraged you’ve blocked her from doing an interview.”

Mr Cummings said he spoke to Mr Johnson alone and asked about the situation and that Mr Johnson gave him “the guilty face and the smile”.

The prime minister is said to have replied “Oh well I might have said something that gave her that impression, err, sorry matey.”

Mr Cummings, who was recounting his version of events in a question and answer session on his blog, said the episodes were “constant”.

He added: “While it’s true that I think Carrie has been a dreadful influence, and it was incredibly foolish of her to start a briefing war with me and others, it’s also only fair to point out that he lies to her all the time about stuff and she’s often operating on duff information herself.

Ms Johnson, who was known as Carrie Symonds before she married the PM, is regarded in Westminster as a close confidant of the prime minister.

Mr Cummings said that she was previously a “strong supporter” of bringing Mr Cummings into Downing Street but that she wanted to “take over as the main influence”.

Since he left Downing Street Mr Cummings has waged a guerrilla media war against Mr Johnson’s administration. The pair worked together on the Vote Leave Brexit campaign, which Mr Johnson supported and Mr Cummings ran.