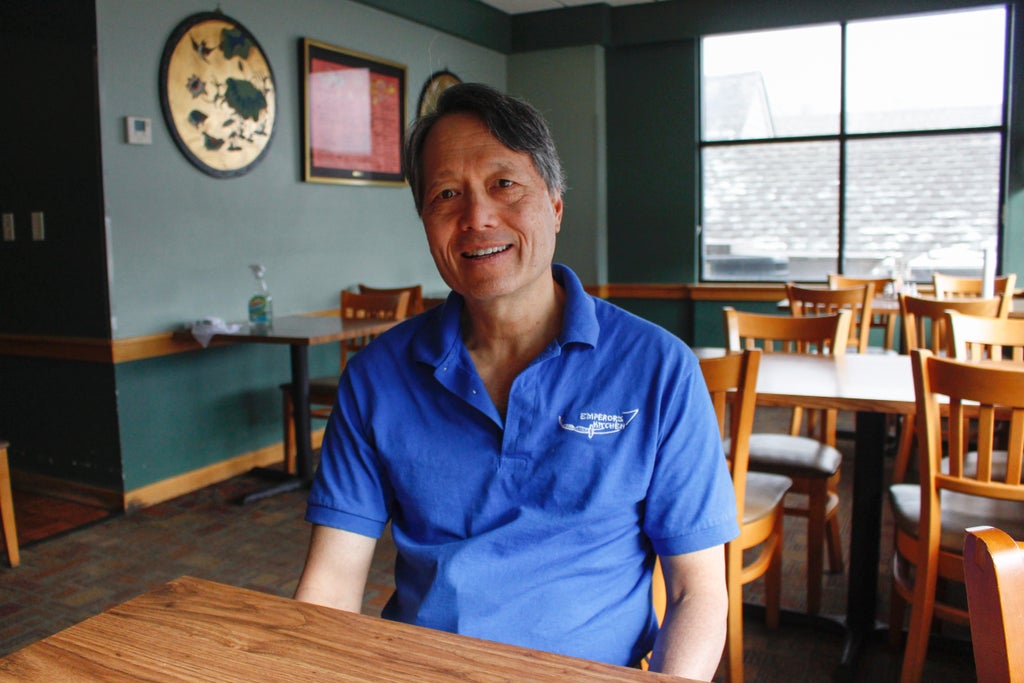 From the Chinese restaurant he runs in the western suburbs of Milwaukee, Charles Yee has watched with alarm this week as Europe confronts the greatest threat to its peace and security since the end of World War II. But, at least for now, he’s more troubled by challenges at home.

As the pandemic stretches into its third year, the 62-year-old Brookfield, Wisconsin, native is trying to keep his business running amid a staffing shortage. Disruptions to the supply chain make it hard to keep basic supplies like to-go containers on hand. Perhaps nothing hits Yee harder than the rise in prices fueled by inflation, which makes everything more expensive. He would like a full day off at some point.

The ever-present headwinds make Russia’s invasion of Ukraine seem like a distant problem to Yee, who is a Republican. He’s not excusing Russian President Vladimir Putin’s norm-shattering efforts to topple the government of a neighboring democracy, threatening the lives of civilians in the process. But his own persistent hurdles from him resonate more deeply to him.

In one of America’s most politically divided states, Yee is not alone. More than a dozen interviews with voters across the demographic and political spectrum on the eve of and immediately after the Russian attack suggest a broad focus on domestic issues, particularly the economy. While Democrats were often quicker to express concern for Ukrainians, they were also reluctant to become too engaged in an overseas conflict.

Harshman Sihra, an 18-year-old Democrat, said he wants “everybody to be safe and healthy.”

“But we’re really concerned about American citizens first,” he said. “So that’s great, but us first.”

That sentiment poses a challenge for Democrats in a critical election year. President Joe Biden has cast Putin’s aggression as a “contest between democracy and autocracy.” But if he hopes for his party to prevail in November, he must also keep talking about issues that are more tangible to voters.

That’s especially true in a place like Wisconsin, which is home to closely watched races for governor and Senate this year. In one of his first trips outside of Washington after next week’s State of the Union address, Biden is expected to travel to Superior, Wisconsin, to highlight the on-the-ground impact of his massive infrastructure spending legislation.

The president is balancing the competing priorities as many in the US are deeply skeptical of foreign entanglements after two decades of failures overseas, including the Iraq War and the botched withdrawal from Afghanistan. Just 26% say the US should have a major role in the Russian conflict, according to a poll released this week from The Associated Press-NORC Center for Public Affairs Research.

Democrats were more likely than Republicans to think the US should play a major role in the conflict — 32% to 22% — but were still overwhelmingly opposed.

Like much of the nation, Brookfield is a growing, changing community sorting through the latest crisis that once seemed unthinkable. Long the political epicenter of Republican-heavy Waukesha County, it has become more diverse as families move here from Milwaukee or places beyond Wisconsin, attracted to the schools and access to housing and health care.

That’s made the area more competitive for Democrats, who have picked up state legislative seats and eaten into GOP margins in statewide elections.

Regardless of their political views, many in this teeming, diverse suburb are closely following the developments in Ukraine. Few may be more attentive than Lorika Hintz, a 40-year-old small business owner who doesn’t identify with either political party. But she’s informed by her experience of her surviving three years of street-level warfare in her Kosovo neighborhood of her as a teenager in the 1990s.

“People should be concerned. And I know it’s far away from us. But it’s really going to be bad. I’m most worried about the children,” said Hintz, who has a 5-year-old daughter and will vote in a US election for this first time this year.

For Democrat Anne Leggio, an interior designer, the crisis is a primary worry that reminds her of what she has read about the start of World War II.

“I almost have kind of the sense of stomach churning when I hear the news, and I hate it,” she said.

But some Republican residents took a more hardline view.

Retired Milwaukee police officer Bob Chapman was moved by the thought of his grandsons in uniform.

“I don’t want them going to Ukraine, based upon what I know, to die for somebody else’s situation,” said Chapman, a 72-year-old Marine veteran said, as tears welled in his eyes.

One thing that virtually everyone agreed on was that, regardless of whether the US becomes more involved in the conflict, Americans will ultimately feel the consequences of the invasion.

“Like the stock markets,” said Post, 62, who flies a flag supporting former President Donald Trump in front of his house. “We’ve already seen … how things can get disrupted.”

Hintz, the immigrant from Kosovo, fears for the waves of desperate Ukrainian refugees to American shores.

“There are going to be humanitarian consequences at home people don’t understand,” she said.

Even Yee, the Chinese restaurant owner who said he was more focused on his own pocketbook issues, acknowledged the invasion will likely eventually take a toll in the US

“Everything’s connected,” he said before returning to the kitchen. “Sooner or later, it’ll bite us in the butt.”