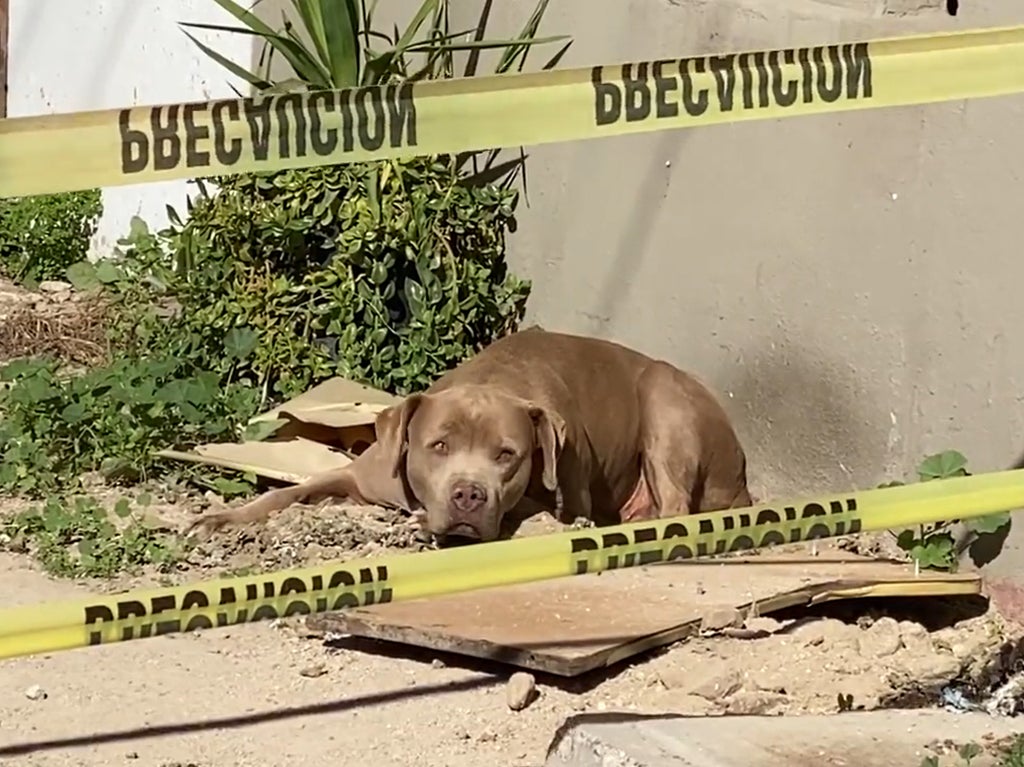 The heartbreaking image of a dog waiting for an owner who will never come home has highlighted the brutal murder of three journalists in Mexico in less than two weeks.

A day after US citizen Lourdes Maldonado López was murdered in the Mexican border city of Tijuana, her dog stood on her doorstep surrounded by police tape marking the scene of her fatal shooting.

The image of San Diego journalist Yolanda Morales went viral online after being shared on Reddit. It topped the r/pics subreddit, which has 28.5 million subscribers, racking up nearly 100,000 upvotes and 3,000 comments.

It drew international attention to the murder of Ms. Moldano on Sunday, as well as Tijuana photojournalist Margarito Martínez on January 17 and Veracruz journalist José Luis Gamboa on January 10.

Journalist Rosa Lillia captured on Monday a video of the dog that remains in the Tijuana home of Ms. Maldonado, who was found dead in her car on January 23.

Ms. Maldonado, a former journalist for Mexico’s largest network Televis, made headlines in 2019 after pleading with Mexico’s President Andrés Manuel López Obrador for help, saying: “I fear for my life.”

In April of last year, her car was sprayed with gunfire and the Mexican government placed her under police protection.

López Obrador called for a full investigation, but warned against jumping to conclusions about the motive, adding that “you cannot automatically link a labor lawsuit to a crime.”

Ms. Maldonado announced that she won her dispute with a media company owned by Mr. Bonilla after nine years of litigation.

Jan-Albert Hootsen, representative in Mexico of the Committee to Protect Journalists, said that she has been in a lot of danger and that she is not the only one.

“More than 95 percent of the murders and disappearances of journalists in Mexico never come to trial, let alone sentence,” Hootsen said. The Associated Press.

Demonstrations against the killings were scheduled across Mexico on Tuesday in hopes of change, if not, Hosten said “the next two or three years are going to be brutal.”

There have been 148 cases of journalists killed for their work in Mexico in the last 22 years, and 28 during the López Obrador administration, according to the Article 19 press organization.

The murder of Ms. Maldonado makes Mexico’s average for 2022 one murder per week for the first three weeks.

The first occurred on January 10 with the murder of José Luis Gamboa Arenas, whose body was found in the eastern city of Veracruz with at least seven stab wounds, according to the Committee to Protect Journalists.

A week later, Alfonso Margarito Martínez Esquivel, 49, was shot to death in his Tijuana home.

A Change.org petition by Periodistas de México quickly amassed most of its goal of 15,000 signatures calling for justice for the murdered journalists.

“Killing a journalist in Mexico is like killing a nobody, there are no serious investigations by state or federal prosecutors that allow us to know why journalists are killed in this country. More than justice, violence against journalists is on the rise,” the petition said.

“We demand that the murders of all journalists be immediately investigated and resolved.”

The Associated Press contributed to this report.