Skip to content
Home News Doctors Without Borders: A film for the white man who goes to Africa with a camera | Future Planet 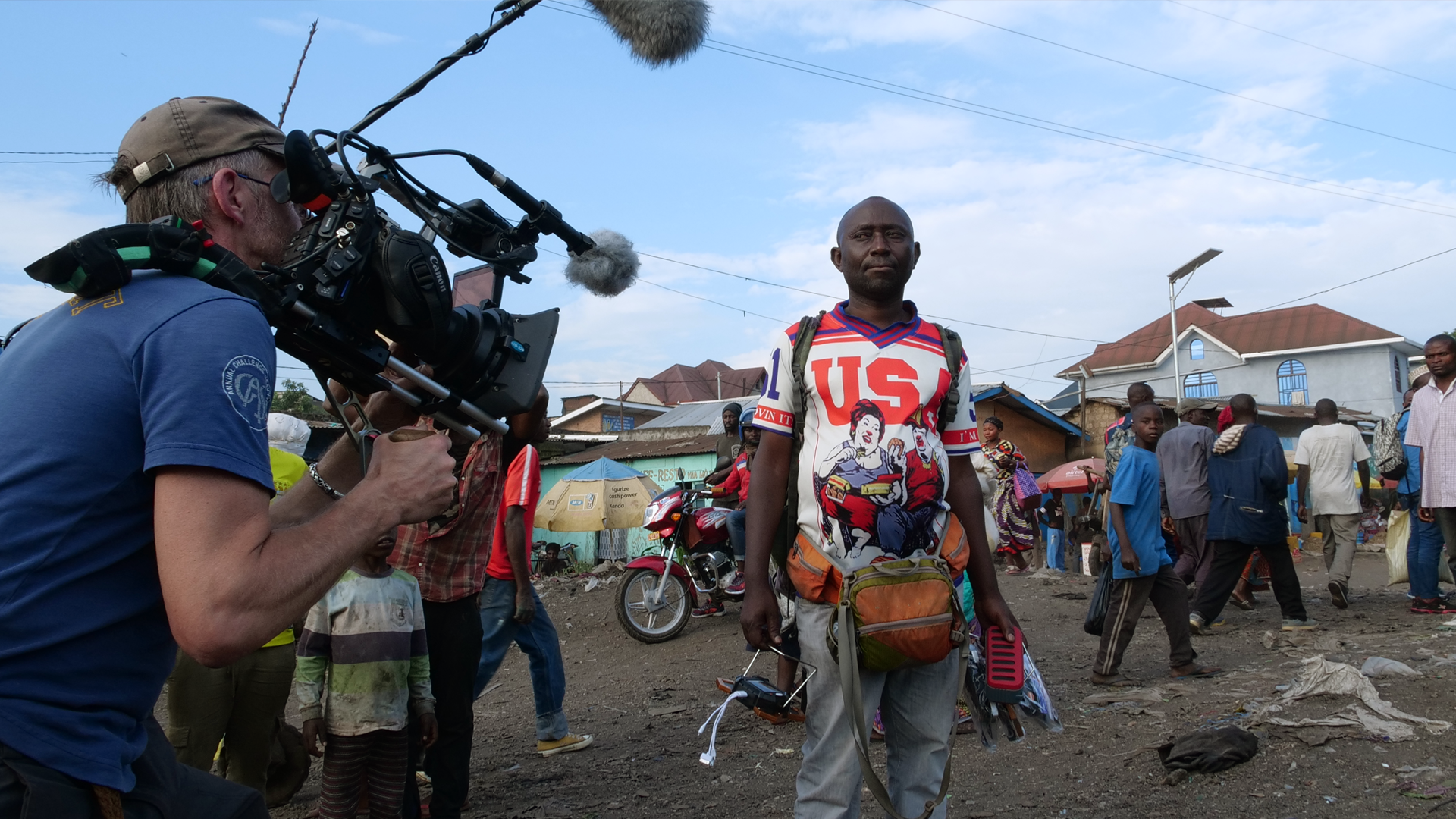 The Dutch Joris Postema was commissioned to document life in Goma, one of the cities of the Democratic Republic of Congo, the scene of the great African war. This left at least five million dead and the endless dispute of armed groups fighting for control of mineral deposits as highly valued by the West as coltan. The intention of the filmmaker was to broaden the vision of La Goma that he recorded 10 years ago, from a jeep, when he was hired by one of the 250 NGOs settled in this city and he himself became a protagonist of the documentary.

Postema, fulfilling the commission made by Yole Africa, a local organization that promotes decolonial reflection through art, recorded for a month the routines of the photographer Mugabo Baritegera. It tries to show the beauty of life in the city of the director Bernadette Vivuya, who is looking for funding for a film about Goma’s colonial past; and the journalist Ley Uwera, who works for Western NGOs that ask her for images of a miserable Africa.

But Postema also let the tape run when he received criticism and demands from Congolese members of his team for the focus of his work and their cultural biases, and later incorporated some of that into the film. Stop Filming Us (Stop recording us), which premiered in 2020 and which was presented last Sunday at the Barcelona film festival l’Alternativa.

Congo is not just war, it is important to talk about the life that follows

Bernadette Vivuya, the filmmaker featured in Stop Filming Us

“It was very established in my mind that Goma was a dangerous place, with people always in misery. But many people just wake up in the morning, go to work, have coffee with their parents and go to bed again just like in Amsterdam or Barcelona. I wanted to show that we all have stereotypes, prejudices and implicit privileges and I wanted to expose them while filming, ”he explained in an interview via Zoom.

There is a scene in the film in which the director is questioned for giving a cookie to a child who is approaching his vehicle. The Congolese explain to him that he acts out of the Western stereotype that African children are hungry. “I think that, in a way, the cookie thing is a metaphor for many NGOs that come to places like Congo to offer help and don’t ask if it is needed or what kind of help is needed,” Postema explained.

The film has become a key piece in the debate on the ethics of the image and the representation of people that Doctors Without Borders (MSF) is promoting for its 50th anniversary. The NGO wants to change the pitiful tale of developing countries. For François Dumont, Director of Communication of the Spanish delegation of the entity, humanitarian organizations have part of the responsibility for the imaginaries that are built around the countries of the south. “Most of the information that comes from these contexts, through the media, but also through us, the NGOs, is often reductionist or based on negative facts. We also have a responsibility in the image that comes here from a country like Congo, ”he says during a telephone interview.

Doctors Without Borders wants to change the logic of its communication and stop presenting people as victims or passive actors. “We want to present you as heroes; for example, people who have walked dozens of kilometers to save their family or who have crossed the Mediterranean have incredible strength, “says Dumont. And he adds that they are also trying to get away from the concept of the “white savior” and his colonial legacy. “In recent years there is an effort to change this image. 90% of the 60,000 workers in our organization are recruited locally. In general, we take a look at the person, the assessment of needs and the definition of projects and programs has to involve the local population ”.

After the premiere of the documentary in Barcelona, ​​MSF opened the debate at the Center de Cultura Contemporània de Barcelona and the point of view of Bernadette Vivuya, the filmmaker who appears in Stop Filming Us, who is not happy with what is said about his country. “Congo is not just war, it is important to talk about life that goes on,” he said. For Postema, the film moves away from the common places, but it still has some ballast and is the reflection of those who have the means to tell the world. “Joris Postema came as an observer and learned, but there are still some stereotypes, and there is the colonial logic that does not change. We are facing a director who has funds to make a movie. The system does not change, ”said Vivuya.

90% of the 60,000 workers of Doctors Without Borders are recruited locally

Those who keep counting Africa, or at least the Democratic Republic of the Congo, keep making headlines that speak of endless war, violence, disease and poverty. Just put Goma and Congo in an Internet search engine and the first headline that pops up says: “Goma, the most miserable place in the world.”

African countries are still portrayed in the way that Binyavanga Wainaina, one of the most important writers and intellectuals on the African continent, criticized so much. In your text How to Write about Africa, (How to write about Africa), published in 2006, he ironized with an inventory of the words that should be used to talk about his continent: “Always use the word Africa or darkness or safari in your title. Captions should include the words Zanzibar, Masai, Zulu, Zambezi, Congo, Nile, big, sky, shadow, drum, sun, or past. Words like guerrillas, eternal, primordial, and tribal are also useful. “

Wainaina warned, with the same sarcasm, of the subjects that should not be touched: daily domestic scenes, love between Africans (unless there is a death involved), references to African writers or intellectuals, mentions of children who go to school and do not have buboes or Ebola or have undergone genital mutilation.

Postema is aware that the film is incomplete and has accepted that there will be a second part made in Africa, by the Congolese themselves. In the last scene of the documentary it is clear that he did not pass the test when he subjected his work to the scrutiny of the Congolese eye. The public who saw a first cut of the documentary felt that there were still prejudices and negative things and concluded that the film is made for a western audience, so they are waiting for the local edition, a second part for them.

“What I wanted to achieve with the film was the discussion and I thought the way to do it was to go there and be told what I did wrong or if I did something stupid or they would help me when I wanted to do something and they had a better idea. A lot of people were very honest with me and they also criticized me which I think was very good for the film, but at times it was a bit uncomfortable for me. But it’s okay, it was part of the deal, “warned Postema. For him, the quote from the French writer Anaïs Nin explains much of his vision as a white man: “We don’t see things as they are, we see them as we are”. In Spanish: We do not see things as they are, we see them as we are.