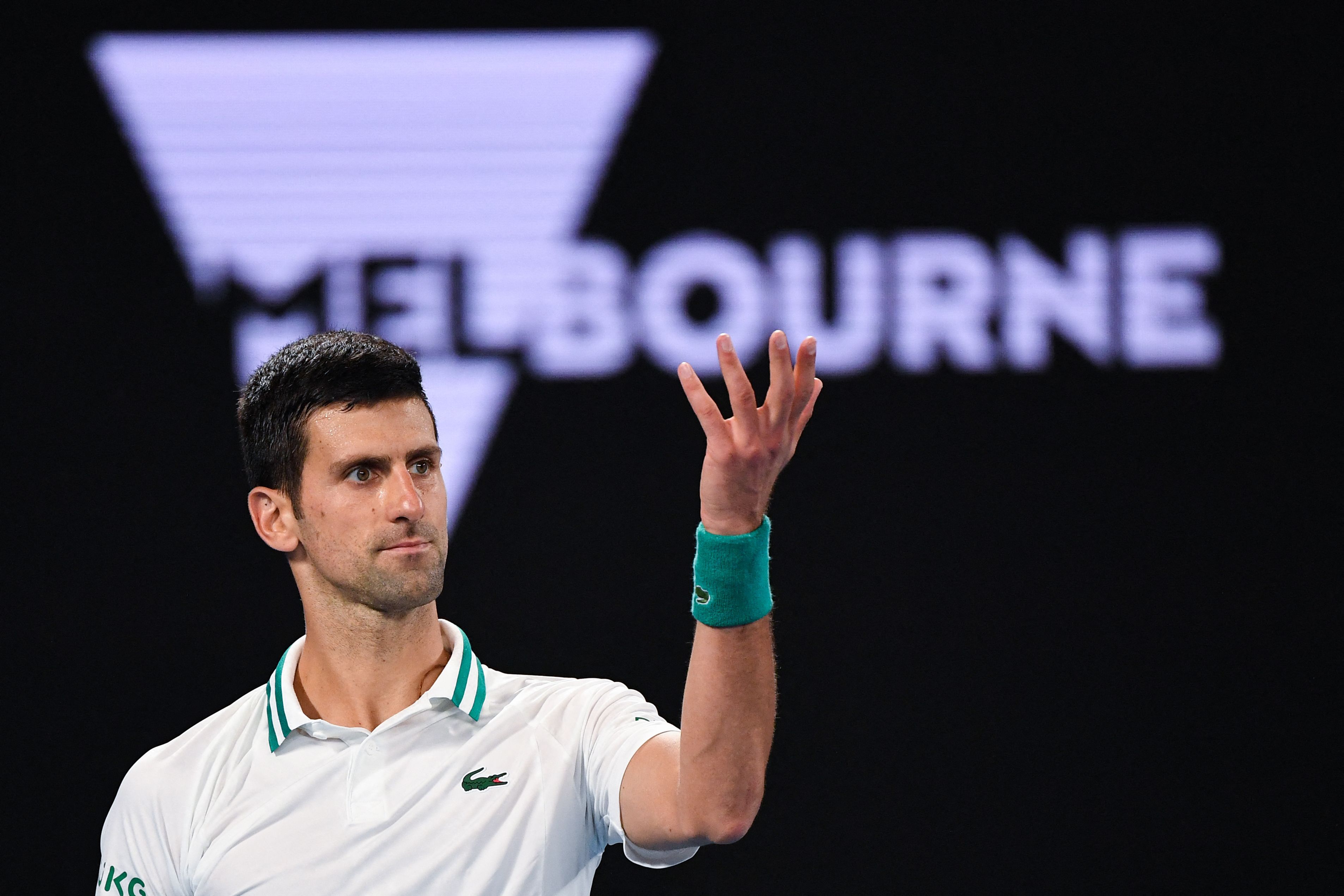 Novak Djokovic is finding it increasingly difficult to take part in the Australian Open that starts on the 17th in Melbourne, of which he is still the reigning champion and has already won nine times. The Serbian tennis player, number 1 in the world, is being held at the Park Hotel in the Carlton neighborhood, where he was transferred at around 10 a.m. on Thursday (Australian time), after having spent the night in one of the lounges of the airport in Tullamarine. There, the immigration agents interrogated him and finally denied him the visa with which he intended to enter the country, upon detecting an irregularity in the processing of the exemption that would allow him to circumvent the 14 mandatory days of quarantine that any person who does not have to face vaccinated arriving in Australia. His deportation process is already underway, although his lawyers are trying to buy time and this Thursday afternoon they filed an appeal in the Melbourne courts. The case falls to Judge Anthony Kelly, who has already begun to listen to Djokovic’s lawyers, who have yet to present the documentation with which they intend to stop the expulsion of their client. “If the visa cancellation is valid, that is an insurmountable obstacle for Mr. Djokovic to participate in the tournament,” said Nick Wood, the athlete’s attorney.

According to the indications that are transcending with the passing of the hours, the key to the conflict lies in the evident lack of communication between the Australian Tennis Federation and the health authorities, which go hand in hand with the border. In order to simplify obtaining the essential safe-conducts to get rid of quarantine, Tennis Australia created an independent department that processed the 26 files received without knowing the identity, age or origin of the interested parties. However, the interpretation of the law that led this panel to give Djokovic the green light from the medical side, is not the same as the immigration agents did.

who received their documentation, on Wednesday evening, upon arrival on a flight from Dubai. The player used to have passed the covid-19 in the last six months as the axis of his argument, a reason that Tennis Australia considered good. However, the staff of the Immigration Department blocked his path by not finding that exception in the current legislation.

“As I understand it, Tennis Australia informed him [a Djokovic] that I could play. That’s fine, but that’s what they think. We turn to the border, which is the one who makes the decisions, ”conceded Prime Minister Scott Morrison on Thursday. “The rules are the rules. The borders here are sovereign and have clear, non-discriminatory rules. All I can say is that the evidence he presented to obtain the medical exemption was unnecessary, “added the executive.

In the midst of all the gibberish that this Thursday centered the opening of the news of the entire island, two letters emerged that the health department sent two months ago to Craig Tiley, head of Tennis Australia. The first communication took place on November 18. The second, eleven days later. In both, the authorities gave Tiley a warning that after the latest events sounds premonitory. “People who have contracted covid-19, who want to enter the country and who have not received the vaccination doses are not considered fully vaccinated,” included the first of the writings, signed by Lisa Schofield, first secretary of the Department of Health, and that it made it very clear that these cases “will not receive approval to get rid of quarantine, regardless of whether they have received exemptions abroad.”

In order to avoid isolation, any applicant must meet the “fully vaccinated” profile set by the Australian Technical Advisory Group Of Immunization (ATAGI). In the second letter, the one of November 29, it is the Minister of Health himself, Greg Hunt, who reiterated the warning. “As detailed in Mrs. Schofield’s correspondence dated November 18, 2021, individuals who do not meet the definition of full vaccination specified by the ATAGI will not receive the

approval to enter the country without quarantine, regardless of whether they have received immunization exemptions abroad, “stressed Hunt.