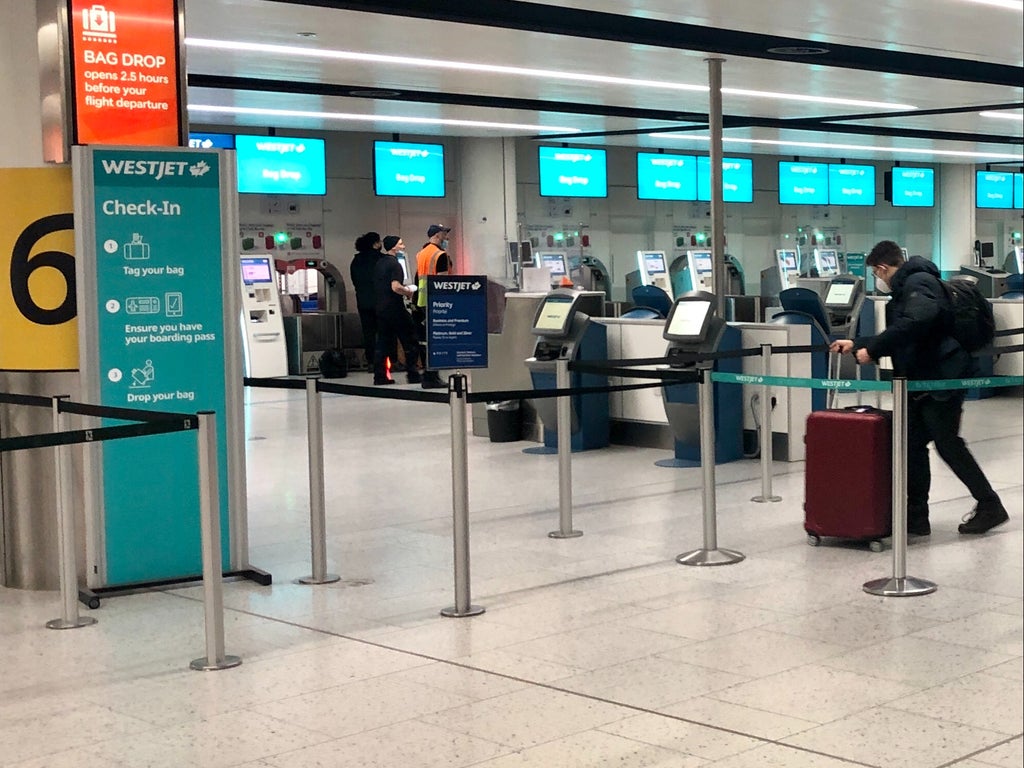 The boss of Britain’s second-biggest airport is asking the transport secretary to scrap the complex and unpopular passenger locator form for fully vaccinated arrivals.

On Monday, Grant Shapps announced that people arriving in the UK who are fully vaccinated will no longer need to book a post-arrival test.

But the passenger locator form will remain. Shapps said: “It’s our only way to distinguish between those who are vaccinated and those who are not vaccinated when they use electronic gates to enter this country.”

This claim has surprised airlines, rail and ferry companies, who are used to checking the vaccination certificates of travelers leaving the UK to ensure they meet destination regulations.

Stewart Wingate, chief executive of Gatwick, said: “It will take some time for consumer confidence to fully return. We urge the government to remove the passenger locator form.”

“You can’t fill it out unless you put in your seat number, but you can’t get it until you check in, which you can’t do until you’ve filled out the form completely.

“So you just make up a seat number, which makes the answer meaningless.”

Mr Shapps told Parliament: “We will also simplify the passenger locator form, making it quicker and easier to complete, and from the end of February we will also make it more convenient by giving people an extra day to complete it before they travel. . ”

His explanation of why the form would continue to be requested focused on the use of electronic gates at airports.

“A lot of work has been done to automate the electronic gate so that it reads the passport number, consults the passenger locator form and knows if that person has had to take a pre-departure test, which people who have not been vaccinated have to take – and, in fact, if they have to take a test on day two.

“It’s there for a critical reason.”

However, since the vaccination status of travelers could be verified “upstream”, at the port of departure, the airport or the international train station, the issue of the electronic gate does not seem to be relevant.

Gatwick’s chief executive also urged ministers to “keep the remaining barriers to free travel under constant review and remove them as soon as possible”.

Shapps told Parliament on Monday: “We promised that we would not keep these measures in place for one day longer than necessary.

“It is obvious to me now that border screening for vaccinated travelers has outlived its usefulness.”

Between her declaration and 4am on February 11, when fully vaccinated travelers no longer need her, an estimated 2.5 million people arriving in the UK will pay around £60m to testing companies for redundant tests.

A Department for Transport spokesperson said: “It has always been clear to us that the January review was intended to provide certainty and stability for the 2022 spring and summer seasons.

“The government has delivered this: announcing significant changes to our Covid border regime in time for the February midterm break and simplifying the passenger locator form.”