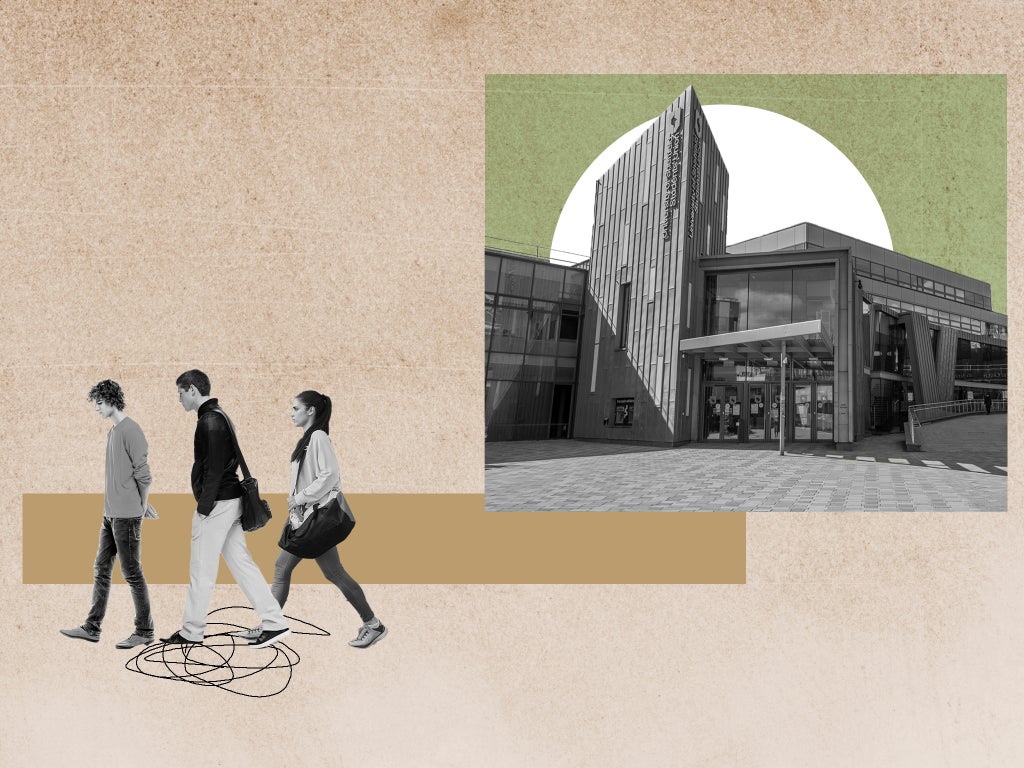 Disabled students have experienced bullying, harassment and discrimination at a leading Russell Group university, the institution’s own research has found, prompting campaigners to warn of “widespread” problems across education.

Newly-uncovered documents reveal the University of Sheffield was failing to use support plans designed to help some disabled students with their classes, while some staff with disabilities reported feeling anxious and even suicidal due to the lack of help.

Sheffield students have told The Independent they felt let down by the university and their tutors, including one blind man who quit his course after lecturers failed to provide accessible course material.

Campaigners have said that the reported lack of support at Sheffield is “not an isolated incident” and “is a common theme across education”.

The research was carried out by the university last spring in the form of three surveys – one publicly accessible and a further two later obtained through freedom of information requests made by a student campaigner.

In one survey of 55 members of staff, disabled employees said the university’s attitudes to reasonable adjustment “firmly sit in the 1800s” and described how “ignorance and bullying is rife”.

One respondent wrote: “All my requirements were turned down by my employer (managers) even though some were backed by a GP from Occupational Health.” They said that they should have taken the issue to court but they didn’t feel strong enough to go through the process.

Another said: “A disabled colleague has been waiting over two years for adjustments to be made to the building to allow full wheelchair access. Absolute disgrace and illegal.”

Another survey of disabled staff by the university’s steering group found that almost half of the 354 respondents had experienced or witnessed bullying, harassment or discrimination.

The majority of those who had experienced or witnessed this said they did not report the incidents.

In a separate survey of disabled students, a third of the 379 people who responded said that they had witnessed bullying or harassment in relation to disability. Another third said they had personally experienced it.

The university acknowledged in their report of the findings that comments about disabled students’ learning support plans were “overwhelmingly negative”. 14 percent of respondents said their plans weren’t being followed, however 45 percent said that they were being partially followed.

The University of Sheffield said that it has set out a plan of action, following the surveys, and has made recent improvements to its support.

However Disabled Students UK warned that “failure to provide access for disabled students is a widespread issue” and said their own survey of 329 pupils across the UK had shown that only 23 percent had received the support they needed.

Daniel Swain, 19, felt he had no option but to drop out of his studies because of lack of support. When he started his studies in September 2020, Mr Swain, who is registered blind, found that his department was not following his learning support plan.

“I used a screen reader to access materials,” he said, “but the problem was that they were scanned documents which screen readers can’t read. They had a lot of images that didn’t have alternative text descriptions of what was in the image.”

He continued: “I was really struggling and I wasn’t able to participate in a lot of the lectures and seminars.” He had a meeting with the university to try and iron out the problems but he says changes weren’t made fast enough.

“I didn’t want to withdraw from my course but I felt like I really didn’t have any other choice.”

Another student, Laurie Brown, graduated from the university last year. He felt he had been let down by his tutors who, he says, did not understand his disability. Mr Brown, who has Asperger syndrome, an autism spectrum disorder, started at Sheffield in 2017. His appointment to get a learning support plan was booked in for a few weeks after the start of term but by that point the problems were already overwhelming.

He said: “I was being told stuff in class like ‘If you don’t learn these characters by week three then it’s too late’.

“In the classes they would pick people to do exercises and I would feel like I was having a panic attack in class whenever my name was called,” Mr Brown said.

Because of his difficulties with the course, he was told he should change subjects – a move which meant giving up on his long-held dream of studying abroad.

He continued: “I felt like I had lost the opportunity of a lifetime. A year abroad would have been an opportunity to get full funding and I’m from a working class town where opportunities are few and far between.

“I do regret not dropping out of university or transferring to another one.”

Leah Gordon, 21, was diagnosed with ADHD and dyslexia just before the start of term in her second year. Before the term started she got in contact with disability services but it took weeks before she was given an assessment.

Now in her final year, she said: “I struggle with the pace of reading and we had to do 30 to 40 readings in the space of a few weeks. I asked for video sources but was told that it would be too easy.

“It was very frustrating. You don’t tell a wheelchair user we’re not going to build ramps because that would be too easy, it’s the same thing but just less visible.

“I constantly have to prove that I’m disabled enough, being met with dismissive responses and not being taken seriously.”

Samantha Monks, a 45-year-old mature student, has had a good experience with disability support at the university however. She is currently awaiting a diagnosis for autism and has suffered from anxiety and depression.

She said: “I really quickly got assessed with the dyslexia support services and got a learning support place in place.”

She explained that she has a mentor who she sees every week for an hour and that she has received financial help from the university for accommodation.

She added: “I can have extra time in exams, have my own separate room. Hopefully after my studies I’ll be able to get a better paid job and be able to support my children. It means so much to me to be able to turn my life around.”

The University of Sheffield said that they have developed a new “disability equality strategy and action plan” that sets out the changes they are hoping to make.

Bethany Bale, policy and campaigns officer at charity Disability Rights UK, told The Independent that the experiences like Daniel, Leah and Laurie’s are not “isolated incidents”.

“It’s a very common theme across education,” she said. “Often accessibility is an afterthought. Students are trying to access a system that was not built with them in mind.

“I’m sure this will be the case across lots of universities. Sheffield doesn’t tell an isolated story and it is just the surface level of what people are facing.”

Mette Westander, founding director of Disabled Students UK, commended the staff and students at the University of Sheffield who had pushed for the surveys to be done.

She said: “Failure to provide access for disabled students is a widespread issue. Sadly, after a university is informed of systemic accessibility issues like these, we often see them declare their commitment to equality, create a “steering group” and then stop there.”

She called on universities to work with disabled staff and students to work out effective solutions.