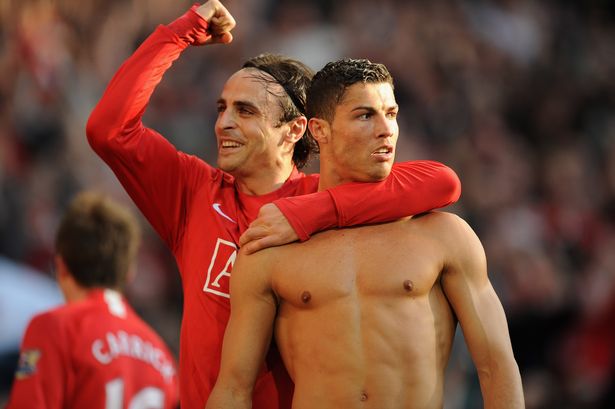 Former Manchester United striker Dimitar Berbatov has defended Cristiano Ronaldo’s form, insisting the blame for recent results should be shared equally throughout the side.

Ronaldo has had a poor start to 2022, having scored just one goal in 10 appearances in all competitions since the turn of the year. He went into 2022 with 14 goals from 20 games having made his return to Old Trafford in the summer.

The Portuguese ace has come in for criticism for his performances, with some questioning whether he fits in to a modern system. the Manchester Evening News also understands interim boss Ralf Rangnick has serious reservations about Ronaldo leading the line for United next season.

But Ronaldo’s former team-mate Berbatov has launched a staunch defense of the 37-year-old. The Bulgarian insists critics need to get off his back from him, and start looking at the rest of United’s side.

“When teams have a bad result the star players always end up with the blame, and at the minute with Manchester United, that’s Cristiano Ronaldo,” Berbatov told Betfair. “At the moment he’s got just one goal in ten games and that seems problematic for everyone, but not for me.

“There are 11 players on the pitch and the blame should be shared. Ronaldo is an icon in the world of football and people need to remember that he’s 37. So, from time to time he is allowed to have a couple of bad games. But I don’t think that is the problem here. Overall, as a team when they have a good game they have to follow that up.

“I think Ronaldo is doing enough for United, obviously people will look for more because of the standards that he sets.

“There will always be people questioning him when he has a bad match, and they are taking advantage of that now. People need to consider his age, how he plays, his position and how the team plays.

“People need to be realistic with him and they need to know that it’s totally different when you’re 37 to being 27. He is going to have moments when he needs his teammates to produce more for him, that’s normal in football.

“Ronaldo is also a realistic guy, he will know that his performances aren’t where he wants them to be, even though he’s older and his game is totally different, he sets very high standards. I don’t think that he needs explaining to him.

“Everything that he has achieved in football isn’t because of luck, he knows what he is doing, and he will know that he will need to produce more at the moment and trust me, that will drive him forward. People need to get off his back and let him get on with it.”