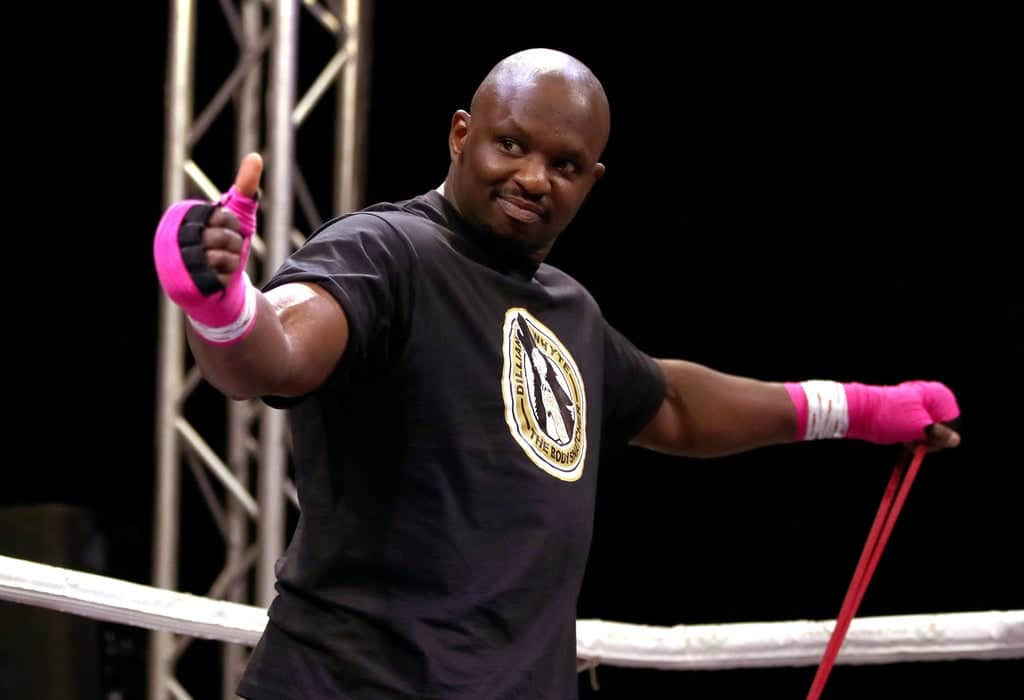 The two Britons face off at Wembley on 23 April for a fight described as the biggest domestically since Lennox Lewis and Frank Bruno came to blows in 1993.

Whyte (28-2) has in the past been vocal on social media about WBC belt-holder Fury (31-0-1) but refused to turn up for this month’s press conference and has not even acknowledged the bout is going to take place on his Twitter or Instagram pages.

The no-show sparked speculation over whether the contest will indeed go ahead but a world title shot has been the Brixton boxer’s long-term aim and Hearn, who is not officially involved after rival promoter Frank Warren won a record £30million purse bid to stage the fight, feels Whyte has got under the skin of the ‘Gypsy King’ who has been synonymous with winding up his opponents.

“It is non-stop arguments between the camps on so many different points, so I just hope they get in the ring and hopefully Dillian gets a shot,” Hearn said.

“I don’t think Tyson Fury knows where he is with it all. He normally likes to be in control. But Dillian is working hard and just taking control away from Tyson Fury and he doesn’t know what to do, I guess.

“Dillian is cut from a different cloth and Tyson will know how tough this fight is because they’ve sparred many rounds.”

Hearn was speaking from Courthouse Hotel Shoreditch, where his Matchroom agency hosted a press conference to announce a light-heavyweight fight between south London duo Joshua Buatsi and Craig Richards.

The winner could potentially earn himself a shot at Saul ‘Canelo’ Alvarez, with the Mexican set to box at 175lbs against WBA champion Dmitry Bivol this summer.

Alvarez has been open about his desire to fight in London and Hearn opened the door for the winner of Buatsi (15-0) and Richards (17-2-1) to take on the 31-year-old, who has unified three different divisions to become one of boxing’s biggest ever stars.

“Canelo wants to fight in London and if he is going to need an opponent, we have the mandatory at 168 in John Ryder and the winner of this fight will be mandatory at 175,” he added.

“Everyone is hoping – like they are with the AJ (Anthony Joshua) fight – and saying me, me, me so let’s see what happens.”

The 21 May bout between two fighters who believe they are destined to become world champion will take place in London.

Given the links between the pair to the south of the capital, Hearn debated Crystal Palace FC’s Selhurst Park hosting the contest but will instead revert to a more traditional boxing venue in the city.

An announcement will occur soon with the O2 Arena the front-runner.

Hearn said: “There is a lot of respect, they’ve known each other for years growing up and, when you start thinking about it, you think how obvious is this fight to make? It is a really good fight, a domestic fight but two world level light-heavyweights.

“There was a thought with Selhurst but I don’t want to go to a football stadium and do 15,000 or 20,000 because you are patching things up. It is expensive as well!”