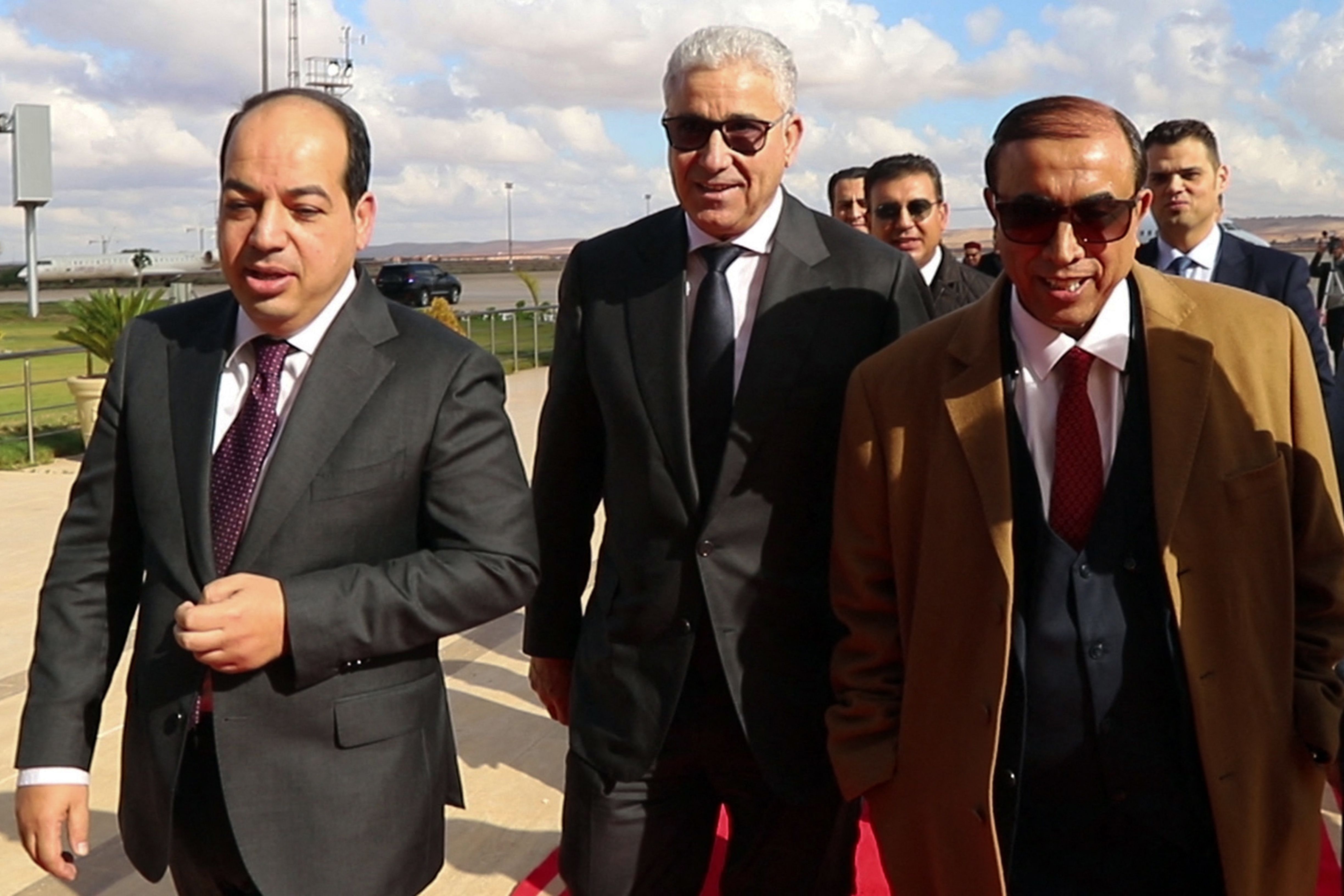 The opposing parties in Libya cannot even agree to hold the presidential elections scheduled for December 24; nor to announce its cancellation or postponement. Celebrating them next Friday is practically impossible, since just three days before the elections, the National High Electoral Committee (HNEC) has not yet published the list of authorized candidates among the hundred applicants. But no official body or authority wants to assume the cancellation of the presidential elections.

The closest thing there is to this official recognition of the failure of the convocation is a message from the HNEC spread on social networks stating that the organized committees to supervise the elections are dissolved.

An international observer requesting anonymity told this newspaper from Tripoli, the country’s capital: “There will be no elections on December 24, although there has been no official announcement. Now it is a question of knowing if it will be a technical delay of a few weeks or if a longer process is opened. The thing is revolted ”.

The same source indicated that in the capital there is “a lot of militia movement”, that several roads have been cut and that schools have suspended classes. “In Tripoli,” said the aforementioned analyst, “these types of events are regularly recorded. But it is true that now the situation is tense ”.

The UN support mission in Libya issued a statement on Tuesday afternoon expressing concern about the mobilization of various forces in Tripoli, appealing to the parties involved to hold back in the face of this “delicate moment” and warning against a possible spiral. of violence.

The UN, the European Union and the United States had so much supported the date of December 24 as the only way for the elections, that no one wanted to design a plan B. And now it is necessary to determine who will be in charge of the country in the coming days. The transitional government that began its journey last March concluded its mandate on December 24. Nobody knows if and until when this transitional government will extend its functions.

There are several key characters at that time in Libya. One of them is the Prime Minister of the Transitional Government, Abdelhamid Dabeiba. He is a 61-year-old millionaire businessman born in the city of Misrata and whose family became rich during the Gaddafi dictatorship. Dabeiba promised that he would not run for the presidency, but later changed his mind.

Another character is Saif el Islam Gaddafi, 49, the favorite son of the dictator Muammar Gaddafi, who stood as a candidate for the elections. But the main character right now is the strongman from the east, Marshal Khalifa Hafter, 78, who is running as a presidential candidate. For most of the population of Tripoli and Misrata Hafter is a war criminal. For others, however, he is someone who could bring stability to the country.

The 42 years of Muammar Gaddafi’s dictatorship and the turbulent decade that followed have made it impossible to establish democracy among the six million Libyans. The country is divided in two, with parallel institutions. In the east is the seat of Parliament and is governed by Marshal Khalifa Hafter. And in the west, in the capital, is the headquarters of the transitional government, promoted by the UN. But the real power in Tripoli is in the hands of various militias.

This Tuesday several presidential candidates met in the city of Benghazi, controlled by Khalifa Hafter. The details of the meeting were not disclosed, but most observers were surprised by the presence in Benghazi of two candidates who came from the west. And above all, that of one of them, although he had already met with Hafter in Egypt several weeks ago: Fati Basaga, born in Misrata, a former Minister of the Interior until he lost his post with the arrival of the transitional government last March. Basaga was a powerful figure as a minister and now continues to enjoy the backing of some armed groups in Misrata. A possible alliance with Hafter would make the marshal even more powerful.

Each of these two sides, the east and the west, has its allied powers and its mercenaries. Khalifa Hafter is supported by Russia, the United Arab Emirates, Egypt and from the diplomatic flank, also by France. And the Unity Government, based in Tripoli, finds its indispensable support in Turkey.

The opposing parties signed a ceasefire at the UN in October 2020, in which they promised that mercenaries from both sides would leave the country within three months. But some mercenaries are still in the country. On Khalifa Hafter’s side, the soldiers of the Russian Wagner network continue, fined by the EU and whose presence is denied by the Kremlin. On the side of Tripoli and Misrata there are Turkish soldiers and officers, who carry out training tasks.

The political scientist Antoine Basbous, founder in France of the Observatory of Arab Countries, recently asked himself in Le Figaro: “How to establish a democracy without democrats … and in the presence of foreign armed forces?”