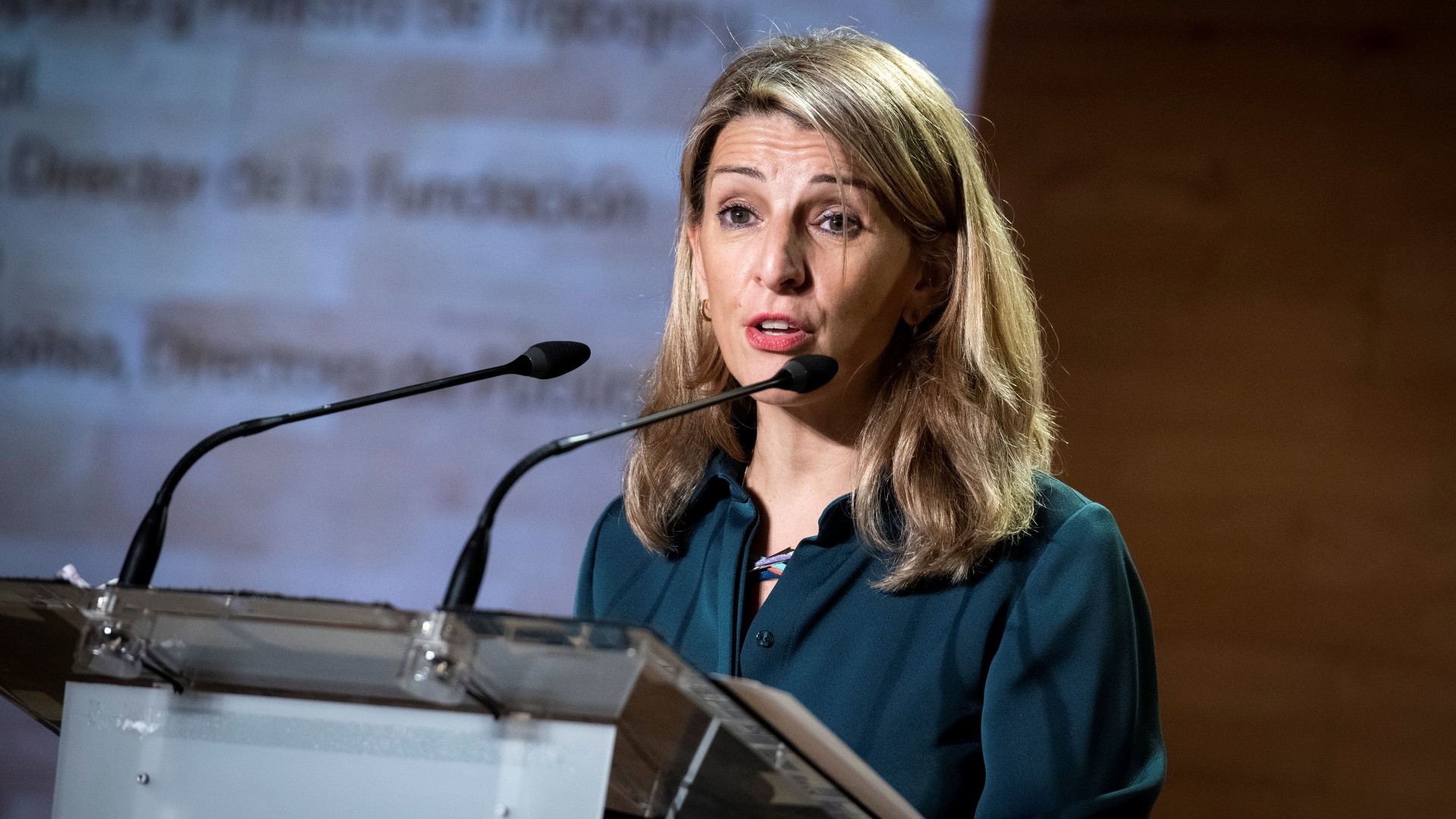 The Second Vice President of the Government of Spain and Minister of Labor and Social Economy, Yolanda Díaz, has urged the European Commission (EC) to “reconsider” the proposal to classify the investment as “green” in certain nuclear power or natural gas projects.

“Europe still has the opportunity to reconsider this decision to avoid moving away from scientific evidence and social demand”, has underlined through the social network Twitter. In this sense, Díaz has appealed to “political responsibility to pursue a transformative and ambitious Green Deal for European citizens. “

“Europe still has the opportunity to reconsider this decision to avoid straying away from scientific evidence and social demand.

We have a political responsibility to pursue an ambitious and transformative Green Deal for European citizens. https://t.co/dPyKTeCqPv“

This has been pronounced after learning that the EC has circulated a draft proposal among the member states of the European Union (EU) in which it proposes to give the qualification of “green” to the projects that replace coal and emit up to 270 grams of CO₂ per kW / h.

Building licenses could be obtained until 2030

With this qualification, construction licenses could be obtained until 2030, provided there is a plan to switch to renewable or low-emission energy before the end of 2035.

In this way, nuclear energy could be considered “sustainable” as long as the new plants that obtain the permises until 2045 meet a series of conditions to avoid significant damage to the environment and aquifers.

“The commission considers that natural gas and nuclear can play a role in facilitating the transition towards a future based predominantly on renewables,” the European institution explained this Saturday in a statement, in which it has proposed that they play a key role. .

See also  El Derbi returns to the Bernabéu ... and Atlético smiles: El Cholo has only lost one game in LaLiga there | sports

The EC intends to approve the delegated act this January after consultation with European governments and experts, but to enter into force, the proposal will need to be approved by the European Parliament and the Council of the EU.

The Minister of Consumption, Alberto Garzón, has considered, for his part, that the draft of the EC proposal reveals an attitude “more dangerous than pure climate denialism”.

“There is a type of attitude towards the environment that is so much more dangerous than pure climate denialism: talking a lot about ecological transition and not acting at all according to scientific evidence. The same thing happens to this proposal of the European Commission https://t.co/cEdWmlCvgq“

“There is a type of attitude towards the environment that is so much more dangerous than sheer climate denialism: talk a lot about ecological transition and not act at all based on scientific evidence. The same thing happens to this proposal of the European Commission “, has indicated in a message published in Twitter.

Greenpeace does not support the EC decision

“Promoting these forms of toxic and expensive energy over the next few decades is a real threat to Europe’s energy transition,” Magda Stoczkiewicz, program director for the European section of Greenpeace, said in a statement.

“Polluting companies will be delighted to have the EU seal“

Stoczkiewicz has assured that the measure is “a license for a green image wash”, since “polluting companies will be delighted to have the EU seal of approval to attract money and continue destroying the planet, burning fossil fuels and radioactive waste. “.

See also  Covid-19: Madrid exceeds one million infected: 1,009,571 since the beginning of the pandemic | Madrid

He too World Wide Fund for Nature (WWF) has issued this Saturday a statement showing its “concern” with the proposal and that the Commission has established January 12 as the deadline for EU countries and experts from the Sustainable Finance Platform to present their observations to a measure that he described as “complex and controversial”.