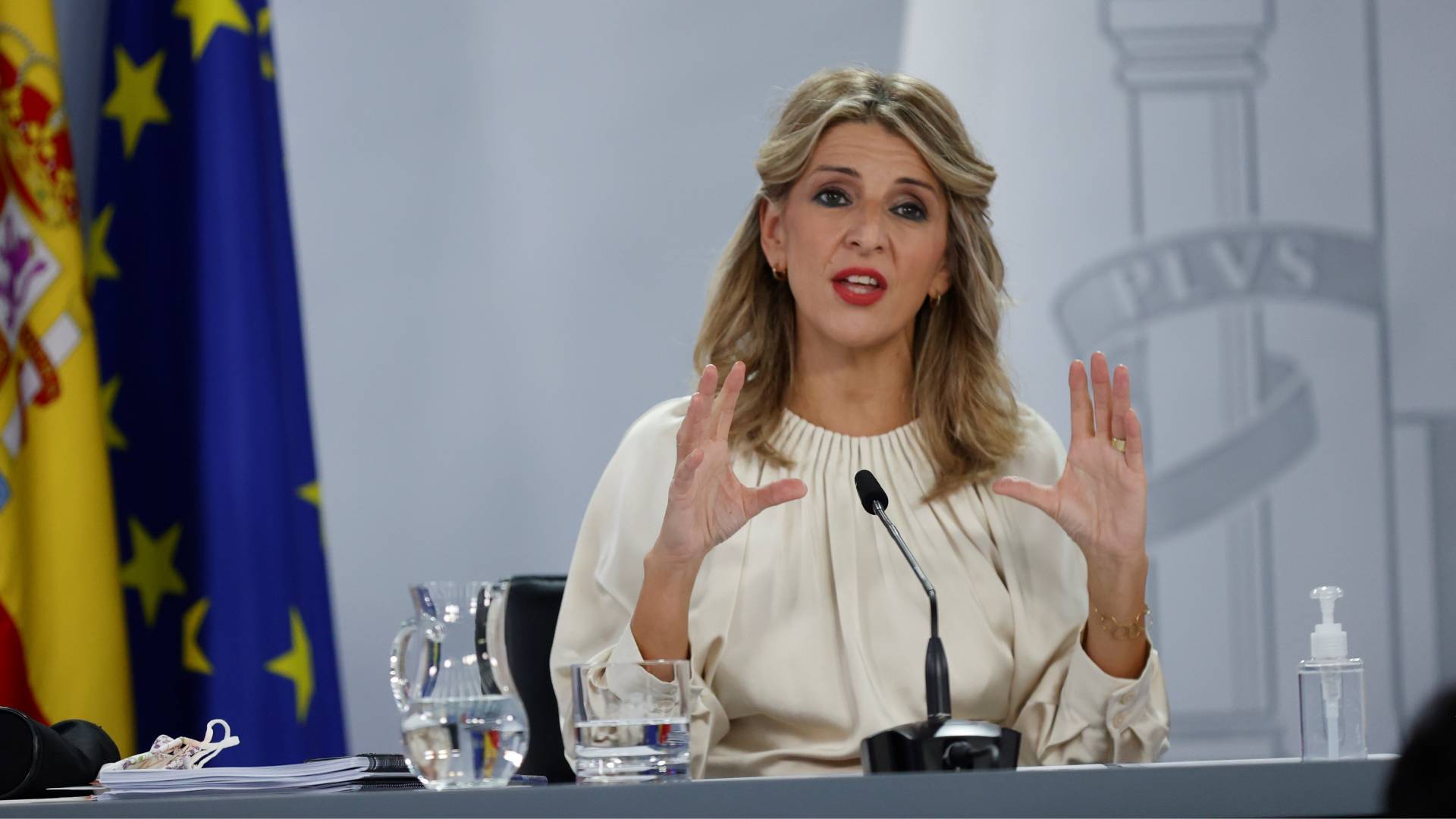 The Government has shown confidence this Tuesday in reaching a tripartite agreement with the employers and the unions to reform the labor market, a task that, in the words of the Second Vice President and Minister of Labor and Social Economy, Yolanda Díaz, it will be “very difficult”, although “not impossible”, after which the CEOE has disengaged from the pact to raise social contributions and thus ensure the sustainability of pensions.

“I am left with a few words from the lawyer who represents the CEOE: said that the challenge is complex, but not impossible”, Díaz highlighted when faced with questions from journalists at the press conference after the Council of Ministers, where the vice president pointed out that one of the main obstacles is temporality” because it has never been addressed in the entire Spanish democracy “, although he hopes to finally achieve that three-way agreement in the next few days.

Precisely the labor reform has to be agreed before the end of the year, since that is the Government’s commitment to the European Commission to receive a new batch of European funds. Tomorrow, the vice president recalled, there is a meeting of the table with unions and employers and there will also be next Friday.

Both Díaz at a press conference and the Minister of Inclusion and Social Security, José Luis Escrivá, in an interview at the 24 Hours Channel have indicated after the employer’s refusal to join the pension agreement that what Brussels requires is that the negotiations be carried out within the framework of social dialogue, not that there should be a pact between all parties. “In Spain there is social dialogue and I would dare to say that like no other”, he added.

At the same time, Díaz has praised the work of the social agents, who “are leaving their skin” in the negotiation and have suspended all agendas to continue working at the table. “We are working hard (…) We are going to leave work at the table, “said Díaz, insisting that the Government would prefer that this negotiation end with an agreement backed by employers and unions.

Highlights the importance of social dialogue

The controversy has arisen as a result of the CEOE’s refusal to support the agreement between the Government and the unions for the increase in social contributions, considering that it “has negative effects” on employment and goes “in the opposite direction” to what needs the public pension system. In this sense, Díaz stressed that “the important thing is that there has been social dialogue” and recalled that other regulations have not been carried out with the approval of the employer, such as the law on equal pay or the increase in the minimum wage (SMI).

“This does not mean that there was no social dialogue, there was (…) The social agents defend their legitimate interests and we act as pantocrator to balance the interests of each other “, said Díaz, who has affirmed” not knowing “if behind the decision of the businessmen there are political pressures.” What I know is that the bosses always work rigorously “, stressed the vice president, who added that when you sit down to negotiate,” you go in with one dress and go out with another “, since texts are worked on that go every day Changing.

See also  With over a million recipe combinations, tails.com has just what your dog needs

Along the same lines, the Government spokesperson and Minister for Territorial Policy, Isabel Rodríguez, wanted to separate the CEOE’s failure to reform pensions from other negotiations, insisting that the Government will continue to “bet on dialogue in all reforms”.

The main stumbling block is temporality

The vice president has admitted that the agreement with the businessmen “is difficult”, since “the problem is in the temporality “. “And not in other things, because this issue has never been addressed in Spain,” he added. Díaz recalled that, “since 1988, with the great general strike [contra el Gobierno de Felipe González] the approaches have been univocal on labor issues. “” We are going to change the paradigm knowing that in Spain we have sectors that are seasonal. We can do it. We work for yes ”, he concluded.

The reduction of temporary employment, key in the negotiation of the labor reform

It should be remembered that the last meeting of the social dialogue was broken due to the lack of agreement on the mechanisms to reduce the temporality. At first, the Government defended limit temporary contracts to 15% of the total workforce, a figure that met with the frontal rejection of the CEOE. Meanwhile, the last proposal of the Executive is to establish different percentages according to the sectors. This Thursday, Díaz argued that it was “technically” possible to guarantee formulas to reduce temporary employment, generating job stability, and that at the same time “allow seasonality in employment.”