Skip to content
Home News Díaz Ayuso: “I am obliged to defend my health policy over the PP” | Politics 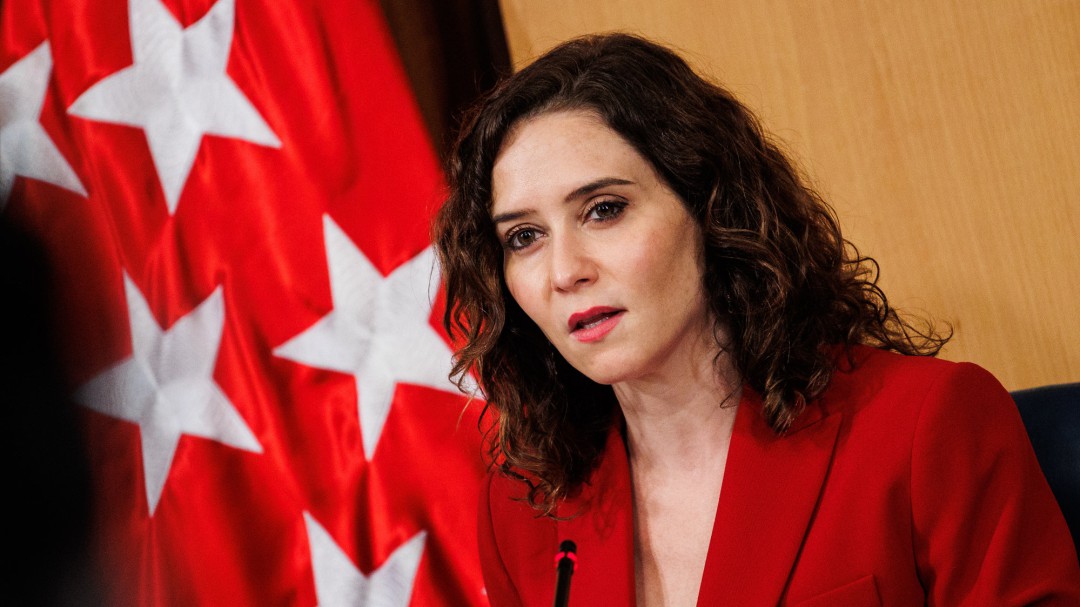 The president of the Community of Madrid, Isabel Díaz Ayuso, has assured that she is obliged to defend her commitment to not apply restrictions to combat the virus even above the interests and official positions of the PP. In an interview with The country, Díaz Ayuso foresees that the “explosive” growth of infections caused by the variant of the omicron coronavirus will begin to slow down before the end of Christmas.

When asked if it bothered her that the PP suspended Christmas meals and drinks in Madrid, in contradiction with its health strategy, she stated that she understands the concern because the figures for this variant are explosive. “But I also know that the health policy that we have defended in Madrid is the one that all citizens have supported us at the polls, that it has been proven effective and that, therefore, I am obliged to defend it over the PP; because First of all, I am president of the citizens of the Community of Madrid and I cannot make decisions one way or another, or change my opinion after two years, for any party, not even my own, “he said.

He acknowledges having discrepancies with García Egea

The Madrid president acknowledges that she has “discrepancies” on “minor issues, such as the dates of a congress” with the general secretary of the PP, Teodoro García Egea, but assures that they are united by “a common project that is alternative and has to face a change of government “.

Díaz Ayuso has said that his obligation is to try to convince García Egea that she is the best candidate to preside over the PP in Madrid and advocates “listening to the opinion of the protagonist here, the affiliate and the voter.” “For that reason I believe that it is not a question of what any of us want, but of the times of internal democracy of the house, to which we owe ourselves”, he added.

“After the 4-M result, what the rank and file of the party and the voters are asking for, having greatly unified the vote around our project and having overcome the pandemic and many difficulties, I do believe that I am not only fit to introduce myself, without ever neglecting my obligations as president, but I also believe that it is the best thing to come to our house. When this has been done in this way, in this order, we have garnered large majorities, “he argued in defense of his candidacy for preside over the PP of Madrid.

Wait for Casado to arrive at Moncloa

She shows her desire for this to end with the leader of the popular, Pablo Casado, at the head of Moncloa and she having contributed to his campaign as president of the party in the Community of Madrid. When asked about the limit of her career, she asserts: “The best thing that can be done in politics is to go to the polls with a commitment, fulfill it and spend just enough time so that there are no power gaps, that the illusion continues. I do not have in my mind, much less, try to perpetuate myself. I like short races “.

The head of the Madrid Executive leaves open the possibility of abandoning politics at the end of the next legislature, which will start with the regional elections of 2023. “It is in my mind, of course, to do it with those plans. It is true that later life goes changing and it puts you in different situations, but right now I still think the same as two years ago, “he explained.

See also  I'm an expert in false confessions who looked at Melissa Lucio's case. Texas is executing an innocent woman