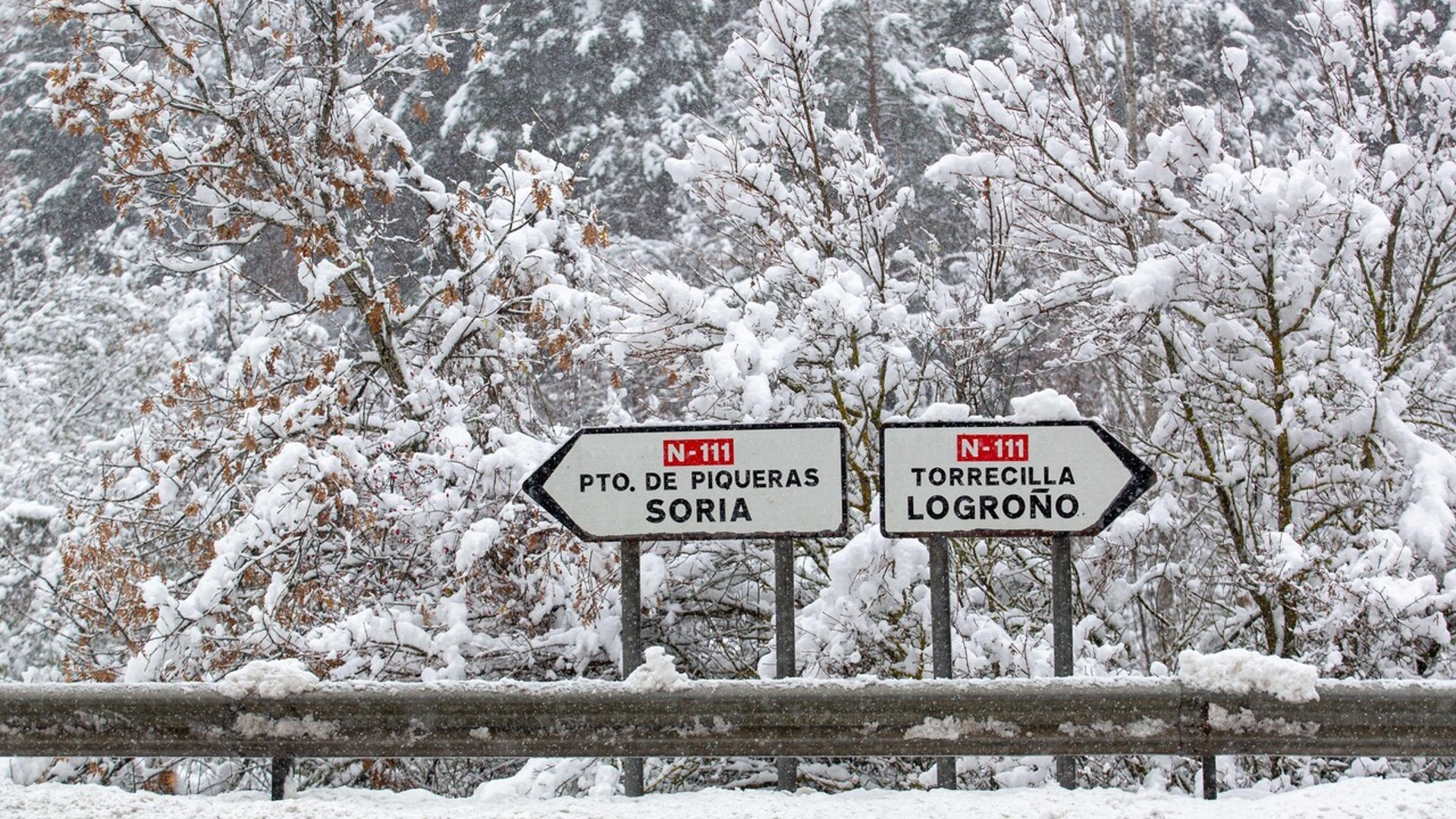 The General Directorate of Traffic (DGT) urges citizens who are in the northern half of Spain to advance the return of the Constitution and Immaculate Bridge ante la snowfall forecast for Wednesday the 8th.

The reason is the entry starting tomorrow of a new front of cold air and subsequent discharge of precipitation in the form of snow that could hinder road traffic in the northern half of the peninsula on Wednesday and Thursday this week and that could affect not only secondary roads, but also high-capacity roads, warns the DGT.

He adds that the Cold front will continue its advance through the southeast half of the peninsula and the Balearic Islands, weakening, but establishing a cold, humid and unstable west or northwest flow.

Temperatures will increase and it will snow in the Pyrenees

This entry will bring with it a lowering the snow level to between 400 and 800 meters in the extreme north, from 600 to 900 in the center and from 1,000 to 1,400 in the southeast, so snowfall is expected in the mountainous areas of the Cantabrian Mountains, Pyrenees, Iberian System and Central System and also in flat areas of sufficient altitude.

These snowfalls are expected to be heavy in the interior northwest and are not ruled out on the Cantabrian coastline.
A) Yes, Snowfall warnings are active from the early hours of the 8th in those areas referred to and will continue throughout the day.

Regarding rainfall, it is expected showers in much of the Peninsula, generalized, abundant and with occasional storms in Galicia, Cantabrian Sea and Western Pyrenees, with some persistence in the surroundings of Galicia.

In a weaker, scattered and occasional way, they will spread to the south and east, more intense in the mountains and the Straits, and without ruling out that, with low probability, they will reach the interior of the Mediterranean area of ​​the peninsula. In the Balearic Islands they are probable, with the possibility of occasional storms.

With these forecasts, Traffic advises that, in addition to advancing the return trip, “it is very important” that the rest of the citizens residing in the northern half of the peninsula avoid all those road trips that are not essential and wait until there are no weather alerts.

The 21 automated and monitored diversions for bagging trucks are now ready for operation, to be activated if necessary.

Traffic considers essential check the weather conditions before hitting the road and it points out that circulation may be restricted to certain vehicles and require the use of winter tires or chains to drive on roads affected by snow.

In the event that they are not available, the agents of the Civil Guard Traffic Group will prevent the passage of that vehicle.