Skip to content
Home News Deyna Castellanos: “They say that women’s football doesn’t sell, but how are we going to sell if they don’t promote it” | BE SPORTS 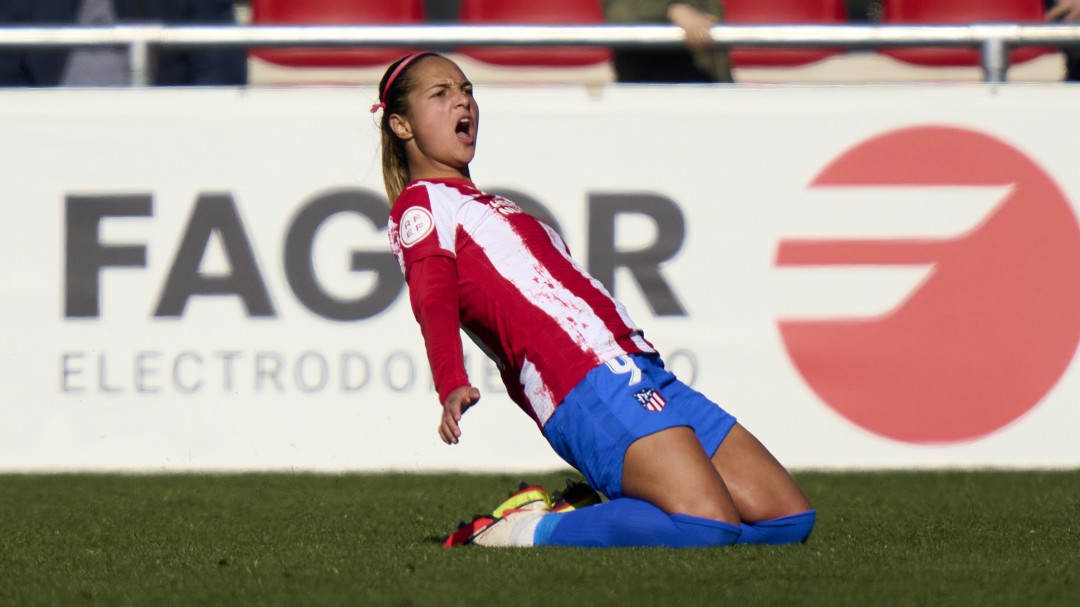 This week the Women’s Super Cup is played, which has a main course such as the Clásico between Barcelona and Real Madrid, but there will also be another great game such as Atlético de Madrid-Levante. On the occasion of this trophy, Deyna Castellanos, an Atlético women’s player, went through the microphones of ‘SER Deportivos’, with Francisco José Delgado, where she harshly criticized the lack of professionalism in the Spanish women’s league, as well as the lack of seriousness with this championship. “That we know the venue a week before and the time… it seems a bit embarrassing to me,” he explained, who also will not yet know the time of the final if they play it. “The Spanish National Team at this moment is one of the best national teams that for me is a candidate to win the next World Cup and that the League is not professional, that by the way they do this type of thing with that type of tournaments where they do not promote us. .. Then they say that women’s football doesn’t sell, but how are we going to sell if they don’t promote it”, stressed the Venezuelan athlete.

How is a Tuesday after a double the weekend, is it happy, right?

Yes, very happy, but already focused on the game that is coming up this Thursday.

How excited are you about the Super Cup? How do you take it within the team?

We are not very excited and more so with what we achieved last year. Having the opportunity to compete for a trophy is something very nice and it is a very nice competition that we know what it is like to win it, but we only think about Levante and that it is a one-game tie and that it is 50-50.

How has it been not knowing where to play until recently? Because it has been very strange for us.

Well, honestly, it seems like a shame to me. I will not deny you. That no type of marketing be done, that no type of anything be done with respect to a tournament that is very important, because they all are, and that we know the venue a week before and the schedule… it seems to me a bit embarrassing, really.

Me too. I had the feeling that football did not give importance to this Super Cup. I tell you how I feel.

It’s the same, the truth is mutual.

In fact, the time of the final is not known. Right now if you get to the final you don’t know what time you play.

Yes, it is something that is really painful, that it is shameful, that affects us as soccer players because we continue with the same theme that women’s soccer is not taken seriously and it hurts us because we obviously dedicate ourselves to this, we live of this and it is something that we put our body and our soul into every day to put on a show, but they don’t make it easy for us either.

Of course not. It’s that on the one hand you see that international stars like you come to Spanish football, that Alexia wins ‘The Best’ and the Ballon d’Or. And on the other hand you see this and you say, which part do I prefer?

The Spanish National Team at this moment is one of the best national teams that for me is a candidate to win the next World Cup and that the League is not professional, that by the way they do this type of thing with that type of tournaments where they do not promote us. Then they say that women’s football doesn’t sell, but how are we going to sell if they don’t promote it?

See also  "The worst is yet to come"

The weekend you said of Atleti is to suffer and we don’t stop believing in this game. How is that philosophy of effort to achieve success worthy from within what you live?

I think that we believe a lot in the work of the coaching staff and we each believe in our colleagues. I know that the partner next to me is not going to stop fighting for me, so the least I can do for my partner is show her the same. So we have that philosophy here at the club and you literally live like that. We never lower our arms and try to give our best until the end. If the game hadn’t ended the way it did, obviously that guy’s defeat is very sad, but the team never stopped trying to get the result and that’s the reward for that effort we made.

Do you think that Levante will be required to ‘suffer’ a little more even than the end?

Against Levante it’s a very nice game, they’re a rival that at the moment has a negative dynamic, to put it that way, that hasn’t won in recent games, but with that we know of its potential. It is a great team, it has many virtues and we will have to give 100% and even 120% to be able to be in the final, which is going to be an extremely complicated game, for sure.

They are KO matches. I mean that there may be extra time on penalties if it goes to penalties in any tie… No ‘paradinhas’, eh?

Well, I charge it like the last one, don’t worry.

Did you freak out a lot when that penalty against Sevilla was annulled?

Yes, let’s see changes in rules, that the truth is our mistake not knowing it, but we learn from those things. I already learned. I think all my teammates learned from that and that’s why I charged it the way I charged it last game.

It’s learning and that’s it. I who am from walking Madrid, could I have seen a little girl of yours on Atocha street?

Yes, I don’t know if it was Calle Atocha, I think it was right in front of the Prado Museum. Yes, it was there.

With the colors of the Venezuelan team and with an expression of yours, can it be, right?

Yes, yes, correct. Very excited, of course. It is an honor to have a girl and well, that she was there in such a good location where so many people pass by… the truth is that I loved it.

Well, look, if we’re winning as opposed to a goal and it’s a possibility that they can score a goal and I’m the last person, I’d be able to put my hand on the ball, what a beast. And that’s where luck plays out.

In other words, we give a lot of importance to the title.

We live from this, from winning titles last year we won that title and we know how good it feels to win it. And it’s very nice, really.

Titles, qualify for Champions, good health, that none of my teammates get injured and that we continue to believe in the project.

Of course, that Vir is back, that he was with us. The other day we were talking and we said that I think we don’t know if it’s a very good idea to put her in because we’re going to cry.