Jade White, booked the Park Hall Hotel in Charnock Richard, Lancashire, four years ago after searching the country for the perfect location.

But then Covid hit, forcing her to reschedule twice – before she was dealt a final hammer blow last month.

The mum-of-two looked on the venue’s Facebook page and spotted a string of posts announcing the hotel had shut down and weddings were cancelled.

Jade, 29, from Atherton, Greater Manchester, has made persistent attempts to contact the venue but weeks later she is still in the dark.

And she says she and fiancé Adam Flitcroft, 30, have no idea if they will get their £4,250 deposit back.

Jade said: “Apparently it shut its doors – I didn’t hear a thing until I went on the hotel’s Facebook page.

“Absolutely everything was prepared – outfits and rings bought, cake ordered, decorations purchased, invitations sent – just for this to happen.

“Adam and I traveled all around the country to find the perfect venue and it had been booked for four years – we even took out a loan to cover the costs.

“When I found out, I was absolutely devastated – I was crying too much to even tell Adam what had happened.

Adam Flitcroft and Jade White with their children Lola and Joel
(

“Who knows if we’ll ever get our money back – and I have no idea how to tell all our guests that there’s no wedding after all.”

Car saleswoman Jade and mechanic Adam, who are parents to children Lola, four, and Joel, nine months, first booked their wedding in 2018, for a date in July 2020.

The couple were desperate to tie the knot to celebrate their relationship and so she could take Adam’s surname – and have the same name as their children.

They had scoured the country in search of the perfect venue for their big day and finally settled on the Park Hall Hotel.

Jade said: “As soon as we stepped foot into that hotel four years ago, we knew it was the one.

“I looked at my mum and we both cried because it felt so special and we had searched everywhere to find the perfect venue.”

They had juggled booking the wedding alongside a pricey house move as well as becoming first time parents.

To cover the wedding costs the couple say they had to take out a £10,000 loan.

But Jade and Adam saw it as worth the debt and planned everything to suit the vibe of the countryside venue – right down to Jade’s dress which she thought felt a “little bit medieval” and matched the hotel’s dark wooden floors.

Their wedding was originally scheduled for July 4, 2020 and canceled due to Covid.

It was rescheduled for July 23, 2021 but again the pandemic pushed the date back.

The parents – who had their second child last year – then decided to book well ahead to avoid another cancellation, and set the date for April 29, 2023.

Invitations were sent while they set to work, selecting outfits, buying rings and ordering a beautiful cake and decorations.

Jade then grew more and more excited to finally share a surname with her children and husband.

But a phone call on February 13 from her booked make-up artist confirming the address of the venue led to Jade checking Park Hall Hotel’s Facebook page.

It was then that she realized her dream was ruined – leaving her out of pocket and without a venue.

Jade White in her wedding dress
(

She said: “My first reaction was just to burst into tears.

“I was crying too much to even tell Adam what had happened – my dad had to ring him and tell him.”

Jade recalled her panic rising as she was unable to reach anyone when she phoned the venue to check – and spotted local reports saying the same thing.

It is thought that the hotel’s doors had closed a week earlier on February 7, after the property was sold.

Jade then frantically emailed the hotel on February 13 in a desperate bid to get answers.

But she received an email back, apparently from a member of the management team, the following day, who said they had lost their job as a result.

A section of the email read: “I am truly heartbroken this has happened and really hope you get this sorted and get the wedding day you deserve.”

The email left Jade more bewildered than ever after never having been informed of the cancellation in the first place – which the former employee said had been an emailing error.

She was told she would need to email her invoice and a bank statement to the hotel’s management by the same employee, but has had no response or acknowledgment.

Jade now has no idea if she is due to receive a refund or not on the £4,250 – she had paid in advance for the occasion using a bank loan.

She is also set to lose £350 which they paid for a separate ceremony due to having re-scheduled twice already.

But, bizarrely, it is claimed that the hotel has since reopened for a dance event – leaving those who had canceled weddings frustrated.

Reflecting on the experience, Jade said: “When I first found out, I was so upset, but I don’t even want to cry any more.

“I need to accept it’s canceled and move on but that’s hard to do when its our money on the line and we might lose it.

“It seems we didn’t need to bother taking out a loan, since it’s now just sat somewhere in someone’s pocket.

“I remember feeling so excited finding the perfect wedding venue – it felt so special, and that’s been taken away now.

“It was meant to be third time lucky with this date – I’m starting to think we are jinxed.

“I feel like someone somewhere is having a joke at our expense – especially finding out your wedding is canceled the day before Valentine’s Day.

The Park Hall Hotel was previously managed by the Best Western group, who launched a probe after the hotel closed without notice.

The chain said in a statement at the time that it did not “own or operate” the property, so it did not have a say in operational decisions.

And, earlier this week, Best Western cut its ties with the Park Hall Hotel for good, with a spokesman telling local media it had been “removed from the […] brand portfolio”.

Repeated attempts were made to contact staff at the hotel via existing email and phone numbers, but no one could be reached for comment. 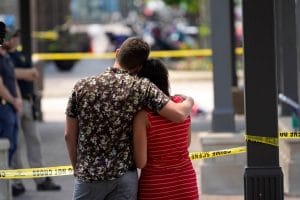